Save money and spread the cost on Vitus bikes.

Vitus started building bikes in St Etienne, France, in 1970. The first ones were steel, not only because that was the dominant material but because bicycle tubing manufacture is how the brand began. Despite this, it’s aluminium that Vitus bikes are better known for.

The aluminium bikes the company made in the 1970s used small diameter tubes that weren’t welded together but bonded into lugs with adhesive. These bikes, such as the 979 favoured by classics rider Sean Kelly, were lightweight and comfortable. They flexed more because aluminium is less stiff than steel. As it also lacks steel’s resilience, the aluminium frames didn’t last as long. Later Vitus designs, like the 992, used ovalised tubing to make the frame stiffer. Fatter, non-round tubes are standard in aluminium bikes today.

When interest moved to carbon fibre as a frame material, Vitus again used smallish diameter tubes bonded into lugs. Carbon can be much stiffer than aluminium and doesn’t have to be made into tubes. Hence the moulded, monocoque carbon fibre frames Vitus subsequently produced.

Modern Vitus bikes use all three materials – steel, aluminium, and carbon fibre – as price and performance needs dictate. The company is still involved in racing, supporting the An Post Chain Reaction pro team from 2014-2017 and now the Vitus pro team. Road and mountain bikes dominate the Vitus line-up; all of its e-bikes are mountain bikes. Yet Vitus also makes kids’ bikes, cyclocross bikes, adventure bikes, and city bikes. 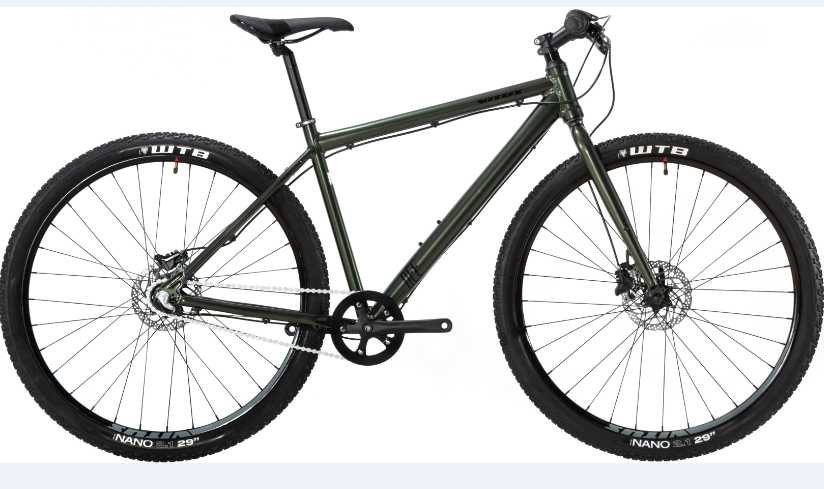 An urban mountain bike with easy-rolling 29er wheels, the Dee 29 VR is a sturdy runaround equally at home on overgrown canal towpaths and pot-holed city streets. The drivetrain uses a three-speed Shimano Nexus hub gear, whose chain and sprockets should easily outlast those of a derailleur bike. Shimano M396 hydraulic disc brakes provide pin-point stopping in all conditions. It doesn’t come with mudguards and or a rear rack, but there are mounts for both on the aluminium frame and steel fork. Vitus also makes a derailleur version, the Dee 29 (£349.99), and a singlespeed, the Vee 29 (£299.99). 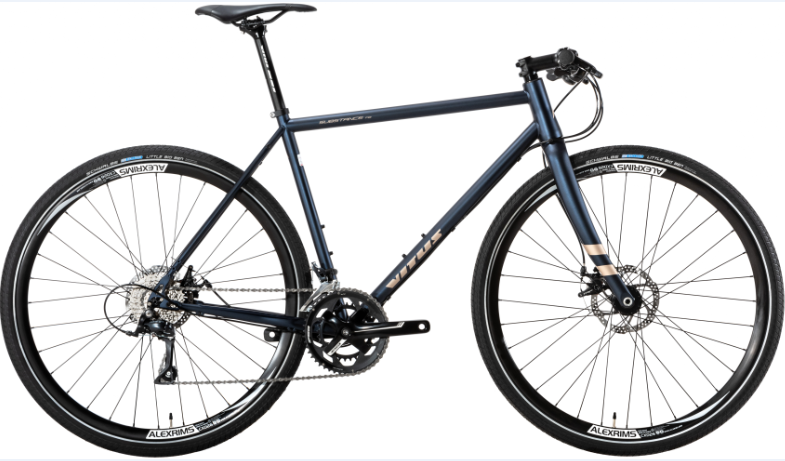 Not so much a flat-bar road bike as a flat-bar gravel bike, the Substance FB is a hybrid with better provision for luggage and bad roads than its skinnier-tyred competitors. The tough chrome-moly steel frame has fittings for a rear rack, and both the frame and full-carbon fork can be equipped with proper mudguards. The wheels are less likely to buckle as they have 32 spokes apiece, while the tubeless-ready rims are shod with comfortably wide 38mm Schwalbe Little Ben tyres. The gearing is 2x9 Shimano Sora with a range that suits faster riding on roads and tracks. Brakes are decent mechanical discs: TRP Spyres have two moving pistons instead of one for better modulated braking. 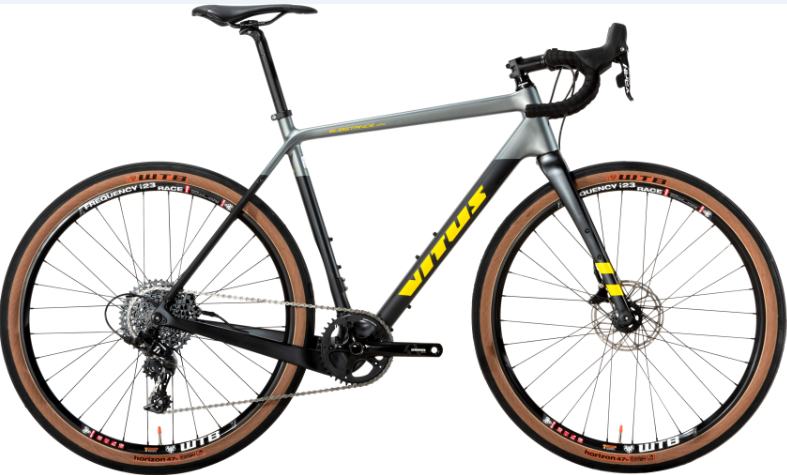 Commuter, all-roads bike, adventure bike – the Substance CRX is a do-almost-anything drop-bar lightweight. A carbon fibre frame and fork keep the weight to just 9.3kg yet it’s no fragile race machine. There are mounts for mudguards, luggage, and several bottles, and the 650x47B WTB Horizon tyres will iron out bumps and vibration on road or off. The handlebar flares wider in the drops for better control on bad surfaces, and the SRAM Apex hydraulic disc brakes are as good as a mountain bike’s. The SRAM Apex drivetrain has a huge 10-42 tooth cassette, giving wide range gears in an intuitive and lightweight 1x11 package.

*Prices assume your employer has switched to the new scheme.