Best shoreside cycle routes for when you're not cycling to work 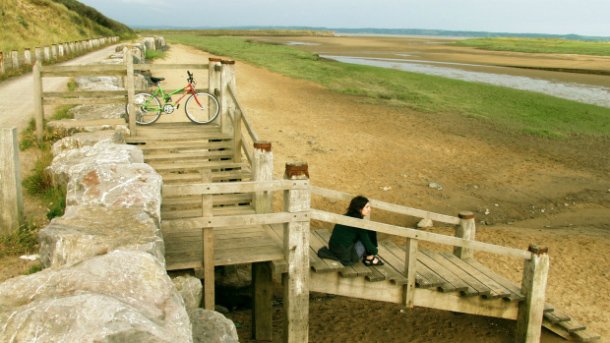 Britain has over 11,000 miles of coastline not to mention numerous lakes and lochs. These are gorgeous locations for a spot of long-distance cycling.

Sustrans has collected together some of their favourite routes that include the UK’s spectacular shoreline. Whether the route is alongside the calm of an Irish lough or the wilds of Wales’s west coast they’re all spectacular cycle rides. If you are looking for a picturesque route and one that’s a change from your normal commute, look no further.

There are clear and detailed maps available for all of these routes. Plus you can enjoy 10% off the featured maps until the end of May.

Route 2 of the National Cycle Network takes you along the South Coast from Dover in the east to Dawlish in Devon. Along the way you experience stunning scenery, including the fabulous Jurassic Coast, the bohemian city of Brighton and historic Hastings. Tackling this stretch of the UK’s coast by bike or on foot is a wonderful way to take in its beauty and soak up the sea air as you go. Two new maps of the route (in print for the first time) cover South Coast East (Brockenhurst to Dover) and South Coast West (Dawlish to Brockenhurst), making it easy to break the 360 mile route up into shorter sections.

Lough Neagh is the largest freshwater lake in Britain or Ireland and the Loughshore Trail, a 113 mile circuit, is a great way to enjoy it. The route touches the lough shore on many occasions and you’ll pass small beaches which offer fantastic views of the vast stretch of water. The trail has many attractions including the 1,000 year old Celtic high cross at Ardboe, the grounds of Clotworthy House and the spectacular railway viaduct at Randalstown. There are several train station nearby including Portadown and Lurgan. Before travelling it’s advisable to check with the train operator on their bike policies. 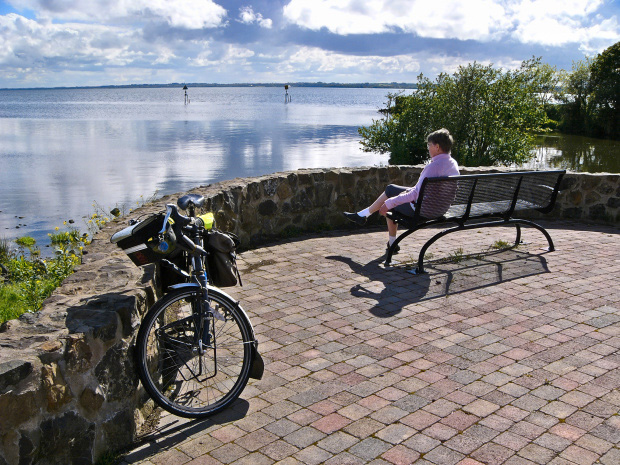 Follow the Coast and Castles route from Newcastle’s urban centre through the remote landscapes of Northumberland, along unspoiled coastline and the beautiful Tweed Valley, before arriving in cosmopolitan Edinburgh. From here the northern section of the route leaves the capital and crosses the Firth of Forth before following the coast north to Dundee. It passes small fishing villages and historic sites, such as the dramatic cliff top ruins of Dunnottar Castle, before finishing in Aberdeen.

The Caledonia Way is an absolutely stunning long distance route. It takes you on a journey through the spectacular scenery of the west coast of Scotland. The route is remote and wild. It offers you an escape into the jaw-dropping landscapes of Scotland. This ride follows Loch Ness, passes under Ben Nevis and provides views of famous castles and beautiful west coast islands. This gorgeous route is the perfect way to experience Scotland’s dramatic vistas. 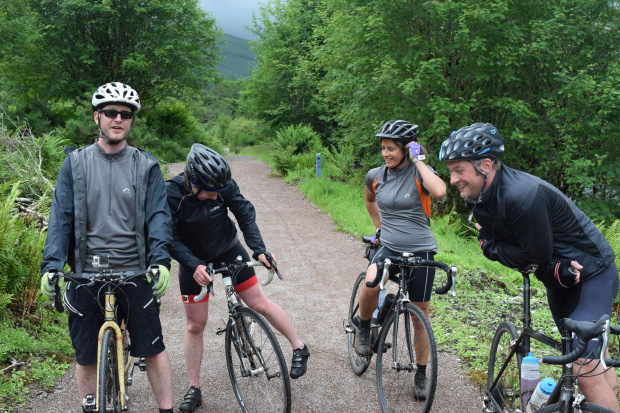 In its entirety the Celtic Trail runs from Chepstow in east Wales and covers some of the most diverse scenery in the country en route to Pembrokeshire in west Wales. The eastern section is lovely and covers some gorgeous countryside, including several country parks. However it’s the western section of the route that offers stunning coastal vistas. You start in Swansea but quickly leave the city and reach the wild landscapes of south west Wales. Hugging the coastline you follow Route 4 around the south coast past gorgeous beaches and dramatic cliff top scenery. You pass through postcard perfect Tenby, nearby National Trust owned Stackpole and the water lilies at Bosherston Lakes (definitely worth a detour) then on to St David’s, Britain’s smallest city and the final resting place of Wales’s patron saint. The route touches on the edge of Pembrokeshire Coast National Park, a stunning area of natural beauty, before heading inland and back towards Carmarthen.

The Bay Cycle Way can be done in two days but if you’ve got a little longer then Morecambe Bay, often regarded as one of the most beautiful stretches of coastline in the UK, is the perfect location to linger. There are stunning views out to sea - if you’re lucky you might spot a seal or a rare bird such as an osprey or a red kite. There are some great tourist attractions en route such as Walney Island, Arnside Area of Outstanding Natural Beauty, Carnforth Museum of Cycling and Gleaston Water Mill. If you slow it down and complete the route over four days then you’ll have plenty of time to take in the sights and enjoy the trip at a leisurely pace. The recently updated version of this map makes the perfect companion for an easy introduction to long distance cycling.

Wherever you want to cycle in the UK there’s sure to be a picturesque and enjoyable stretch of the National Cycle Network not far away.

Sustrans’ pocket sized maps now cover the whole of the UK and there are special Challenge Maps for some of the longer rides on the Network, making it easy to get out exploring by bike.

Sustrans are offering you 10% off any of the maps mentioned here. Just use the code CYCLESCHEME10 at the Sustrans online shop, valid until 31 May 2017.