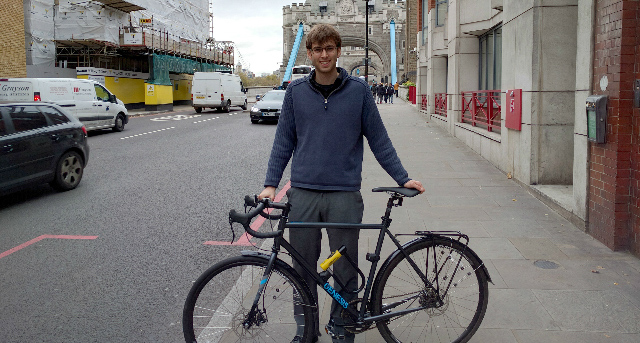 A man who had his bike stolen and recovered within two and half hours of registering it as stolen on the BikeRegister database has been reunited with his bike.

Steven Lovelock bought his black Genesis bike as part of Cyclescheme’s Cycle to Work initiative, which offers discounted bikes to commuters and automatic registration to the BikeRegister database. The bike was stolen at the end of October (late on a Sunday evening) from a bike shed in south east London.
Steven said: “Monday morning came round and I was getting ready to go to work. I noticed the shed door had been kicked in and my bike was missing. The thieves had cut the bike lock with bolt cutters. I took some photos and called the police, who came round within the hour to ask me some questions and to examine the crime scene.”
He continued: “After that I went onto the BikeRegister database, where my bike had already been registered by Cyclescheme as part of their partnership with BikeRegister. I flagged the bike up as stolen at 9.10am and then headed off to work.
“A little later, I used BikeRegister’s free photo upload service to post some pictures of my bike onto the database and I also entered the frame number. This was done at 10.40am.”
BikeRegister is used by all UK police forces, who are able to access the site and check the true owners of registered bikes via a secure police log-in 24 hours a day, 365 days a year.
“At around 11.30am, I got a call from Bromley Police Station saying they had my bike in their possession, and asked if I had reported it stolen,” said Steven.
“I told them that they were correct and gave them the incident number I had been given earlier that morning. When I asked them how they managed to call me directly, they said they had accessed my details using BikeRegister.
“Later on a police officer from CID at Lewisham called asking for details, so I filled them in and sent pictures of the bike from beforehand and the crime scene afterwards.” 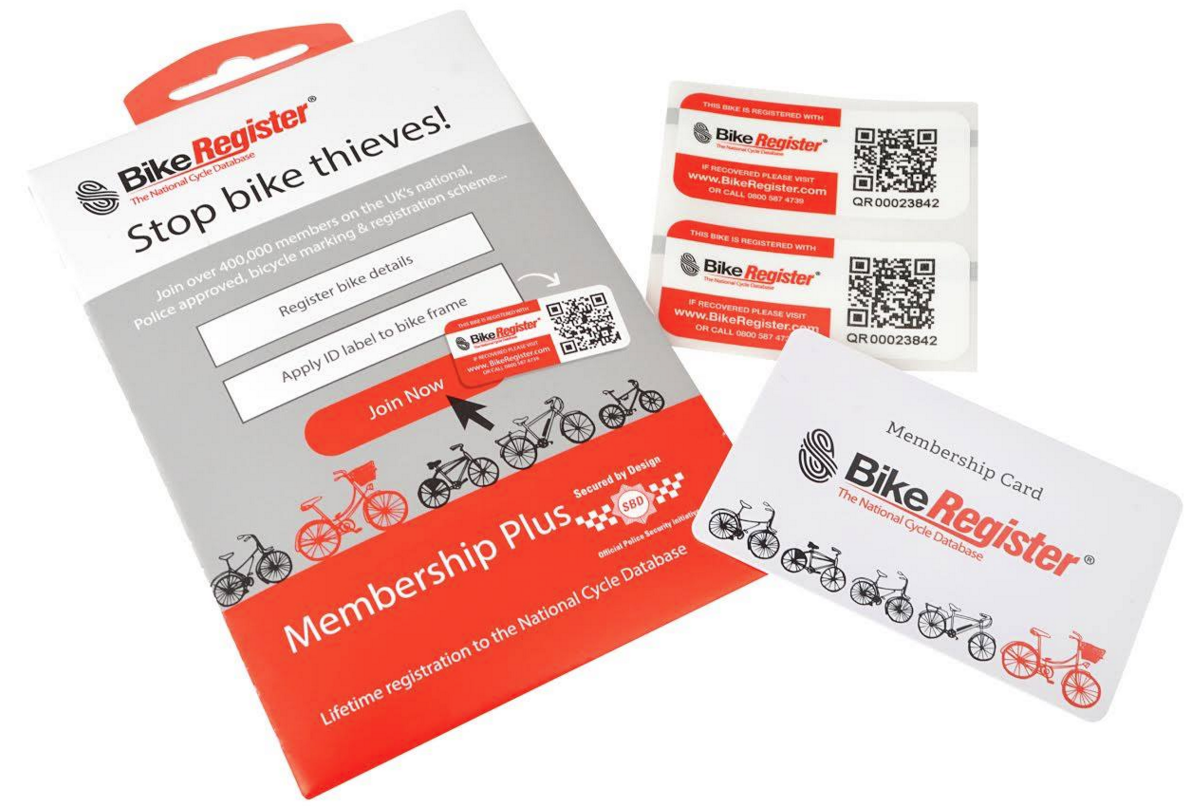 Steven then asked for details of how his bike was recovered and was told that two men had been acting suspiciously riding two expensive bikes in Bromley at 4am that Monday morning.
Officers had gone over to question them and the suspects had run away. They had ditched the bikes but the police managed to catch one of the thieves and held him in custody. Later that day they traced one of the bikes back to Steven via BikeRegister.
“I collected my bike a few days later,” said Steven. “It was in fairly good condition, only missing toe clips as the thieves had torn them off. The suspect the police had caught pleaded guilty to burglary as there was overwhelming evidence against him - including CCTV footage and the fact that he was found in possession of my bike, which was registered to me as the legal owner.
“I am now telling everyone I know that they should register their bike as soon as possible. I am also going to invest in one of BikeRegister’s bike marking kits to visibly mark my recovered bike so that police will immediately know that my bike is registered if it is ever stolen and recovered again.
“Overall, I am very happy with how things ended up. I am really glad to have got my bike back and so quickly. I just need to improve my security a little bit more now!”