Biking in times of Brexit 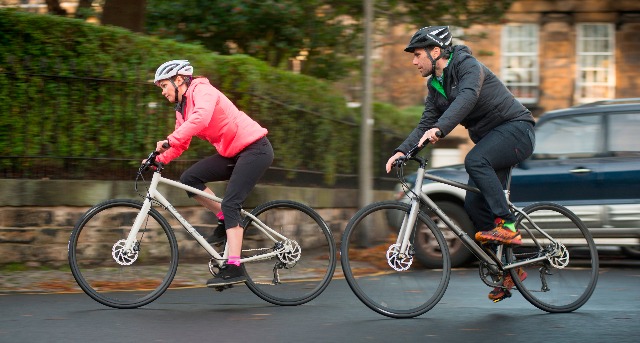 The weak pound has pushed up the price of bikes, and things may well get worse. Here’s what you can do to fight inflation.

Bike prices are up 10-15% or more since the Brexit vote. Customers aren’t being chiselled by the bike industry, which is reporting a 17-year low in sales, according to Bike Biz. It’s a reflection of Sterling’s dive on the currency markets. Almost all bikes sold in the UK are imported, so a weak pound drives up prices.

Prices seldom rise immediately. The manufacturer sometimes absorbs the costs, or downgrades the specification of next year’s model. Generally it’s just because of the way the bike industry does business. It buys bikes in US dollars from the Far East. Companies hedge against currency fluctuations buy buying in advance the dollars that they’ll use to buy their stock. It’s like when you buy Euros for your summer holiday. If you buy them six months in advance and Sterling tanks against the Euro, it doesn’t directly affect you: your buying power on holiday is unaffected – until your wallet’s empty, at least. Then the worse exchange rate hits you.

When Brexit finally happens, prices will be further affected by import tariffs. From Europe, these will go up unless the UK stays in the Single Market, like Norway, or achieves a similarly advantageous deal. From China, it’s plausible that tariffs on bikes imported directly will go down – assuming the UK secures a great trade deal.

Brexit is forecast to hit the wider UK economy, reducing growth by 2%, 5%, or 8% depending on the type of Brexit chosen. One silver lining for cyclists is that the bike industry tends to do okay in a recession. More people come in at the bottom end of the market, buying bikes to save money on transport and leisure. At the higher end of the market, cycling is the last thing enthusiasts want to cut back on. If demand does fall, prices should fall too, as retailers cut prices to shift stock.

Economic predictions are one thing, but how do you deal with rising prices today, if you’re in the market for a new bike? Buy last year’s model. Cycling’s model year starts in autumn, so that’s a good time to pick up a bargain. But you sometimes see unsold bikes available for a year or more, particularly from online retailers who hold more stock. Even if the bike isn’t discounted – and it almost certainly will be – you’ll sidestep model-year price rises. To learn more about sale bikes on Cyclescheme, read about our 'no quibble' retailers.

Whatever you’re buying, get it through Cyclescheme. By buying now, you’re protected from further inflation – and you get to spread the cost while saving 25% or more on the RRP. It’s like an interest-free loan but even better.

HOW THE SCHEME WORKS