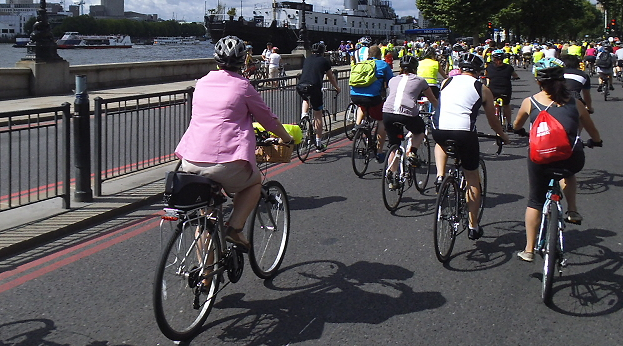 Police procedure, sentencing, and Government policy must change to prevent injustice to cyclists, according to this Parliamentary report published in May.

The perception of road danger stops many would-be cyclists from getting on their bikes. It’s understandable. Some drivers overtake dangerously close. Many juries dispense a mere slap on the wrist to drivers who put cyclists in hospital. And we keep seeing broken bikes under lorries in the capital. So what can we do about it? Just before Parliament was dissolved in May ahead of this June’s General Election, the All Party Parliamentary Cycling Group published a response: Cycling and the Justice System.

The report doesn’t pull its punches. It begins: ‘The justice system is failing to protect cyclists, both by allowing dangerous and inconsiderate driving to go unchecked, and by letting down the victims of road crashes.’ It then lists 14 recommendations, primarily aimed at the Government and the police. In brief, they are:

1. The Highway Code should be revised to give clearer priority to cyclists and other vulnerable road users.

2. The driving test must be changed to help improve driver behaviour towards cyclists.

3. Professional drivers should be retested more frequently, with better testing of skills and eyesight.

4. Roads policing, which has seen a 37% reduction in officer numbers in 10 years, should be given higher priority.

5. Illegal freight operators should be targeted, given the disproportionate risk posed by lorries.

7. The Department for Transport and Ministry of Justice should ensure correct reporting of road casualty numbers, especially cyclists.

8. The police must ensure a higher standard of investigation into any road incident that results in serious injury.

9. The police should ensure that video footage of common offences supplied by cyclists or other witnesses is put to use.

10. The time period for the police to serve a Notice of Intended Prosecution for a road traffic offence should be extended beyond 14 days.

11. The Ministry of Justice should examine the offences of careless driving and dangerous driving to see how they’re being used, and also clarify the differences.

12. The police and Crown Prosecution Service should ensure victims and bereaved families are kept adequately informed throughout the process of deciding charges.

13. The Ministry of Justice should examine why fewer drivers are being disqualified. There are 8,500 people still driving with 12 points on their licence!

14. The Soft Tissue Injury Reforms – the so-called ‘whiplash reforms’ – should not include cyclists or pedestrians, as a £5,000 small claims limit would disproportionately discriminate against them.

You can read more on the recommendations by downloading a copy of the report. No doubt you’ll find yourself nodding throughout. But what then? Send a copy – or a link to it – to your new MP after 8th June and ask them if they will be supporting the report’s recommendations. The more of their constituents who write, the more notice MPs will take.

Here’s how to contact your MP. The Government has backtracked already on whiplash reforms, and things are looking promising with close pass enforcement. These arguments can be won.