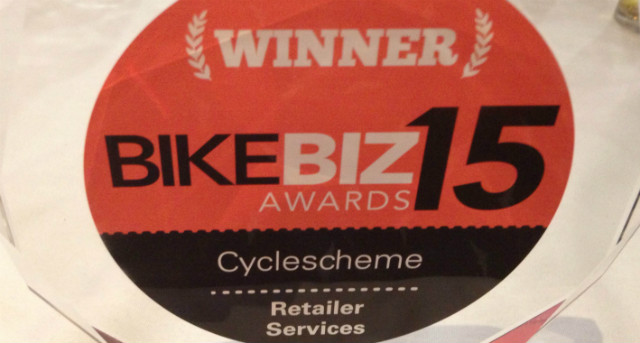 At Cyclescheme, we were delighted to be awarded a BikeBiz Award for the fourth consecutive year.

The BikeBiz awards took place at the Crowne Plaza Hotel at the NEC, Birmingham to celebrate the successes of the year. There were 19 awards up for grabs on the night, including brands such as Wiggle, Zyro, Raleigh, Cannondale, Merida, Scott Sports and many others.

The BikeBiz Awards 2015, now in their eighth year, are always chosen by the cycle trade. Hundreds of Bikebiz readers lobbied for each of the categories, and 70 members of the cycle trade decided which of the finalists deserved to win an award. 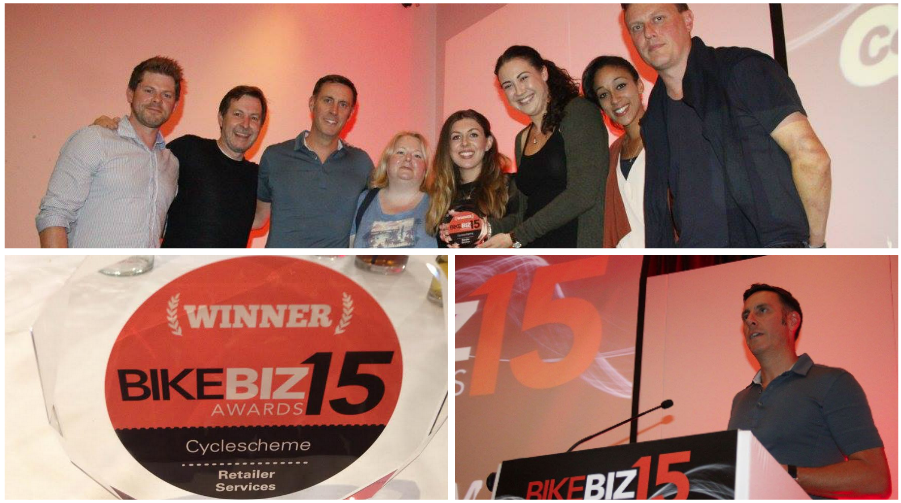 "Winning an award that is voted for by your industry peers is always special and to consistently be recognised across the last 4 years for the value that we bring is even more pleasing. At Cyclescheme we constantly look to improve both our proposition to our clients but also to the Retailer Network that underpins this activity and we thank them for their continued support".

Huge congratulations to all the winners, and everyone who took part in hosting a great event.