Guest Blog: 'Cycling was new to me too!' - Adrian Warren

For four years I drove to my local place of work, 5 days a week, every week.

For four years I drove to my local place of work, 5 days a week, every week; it was a total of 4.7 miles away and being a Centreparcs, had all the changing and shower facilities anyone would need.

Every morning I would see a colleague riding a mountain bike to work and just couldn’t understand why or how he managed to cycle so far – I couldn’t see any alternative possibility to the comfort of my car.

Then I joined Cyclescheme Ltd where I continued to drive, as this was even further - 15 miles and with a lot of hills. But being surrounded by more colleagues who cycled was more perplexing and it began to have an influence.

I had worked in finance for years, but it wasn’t until my Cyclescheme induction that I finally understood how the savings were made through the Cycle to Work scheme – I had always looked at it and thought that it was all a bit superficial, after all, 12 repayments always added up to the RRP of the bike, right? The penny dropped when Gross and Net pay comparisons were explained...

It took exactly 8 months before Jeremy accompanied me down to the local bike shop and helped me choose my first ever road bike. £450 RRP, which only cost £300 after my Cycle to Work tax savings – although this still seemed like a huge amount of money to spend on a bike at the time, considering some bikes are available at £99 I thought. 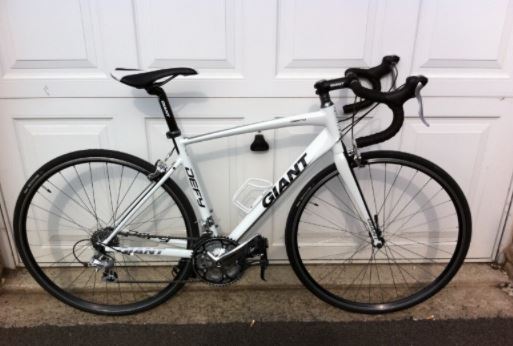 My first road bike experience was one of wobbliness, the thin tyres and narrow handlebars took some getting used to, but I stuck at it and eventually tried my first ever cycle commute. I was petrified! Would I make it the whole way, would I get to work in time, would my colleagues laugh at me when I turned up red faced and sweaty? The answer to the first two questions was a resounding ‘yes’ and the latter was quite simply a ‘no’.

In fact, I could accurately determine my commute time, colleagues were supportive and the roads that I cycled on were relatively quiet and free from too much traffic.

Fast forward two years and I found myself putting through an accessories-only Cyclescheme application; ditching my baggy shorts and t-shirt for more comfortable commuting clothing and moving to clip-in pedals. I was now confidently cycling to and from work once or twice a week, plus I had dropped at least a stone in weight – my car was now an option not a default; I had an alternative and healthy way of getting to work.

12 months or so later, I upgraded my bike. I knew more about them by then, so knew what was going to help me on a hilly commute – this time I maxed out the £1,000 limit as it was back then. I also started doing some sportives with friends and charity rides with colleagues, although still didn’t label myself a cyclist.

Another year rolled round, and I had even started to commute throughout the winter. I put in another accessories-only Cyclescheme application in order to buy a full winter kit, with gloves and thermal overshoes – it was an excellent way for me to spread the cost over 12 months and make further savings.

By this point, my job required multiple trips into London. I noticed many fellow train commuters having a folding bike with them, and after trying Santander Bikes a few times, I could see the numerous benefits of not getting the crowded tube – this was when I first became limited by the £1000 limit.

The Brompton S6L I wanted was coming out at £1,200 and the cheaper model was still £999, not allowing me to get the accessories such as the pannier bag and lights within the same Cycle to Work application.

I realised that RRP’s rising over the previous 5 years was impacting across the supply chain, the £1,000 cycle to work scheme limit was out of date with how the cycle trade had needed to change their pricing.

2016 arrived and I was faced with another challenge. I had a one-year old little boy that needed to be dropped off to nursery before work – I’d need to adapt my bike to accommodate a child’s bike seat. I noticed how many parents talked to me about how they wished they could also drop off their children by bike instead of driving from home and back (a 1.5-mile round trip for most).

It turned out that the main reason for them continuing to drive was because they simply couldn’t afford the bike they needed; which was most likely an eBike (to help them up the hills with the additional weight of a kid on the back/front), or a bigger family cargo bike.

It was at this time that the Cycle to Work Alliance started to more actively lobby for a higher scheme limit and a much overdue update to the Cycle to Work policy. It was clear to me was that this wasn’t about enabling existing cycle commuters to get fancier, more expensive bikes, but to enable a much wider audience access to the right bike as either an alternative or even in replacement of a car.

e-Bikes, family cargo bikes, hybrids of the two and many adapted bikes start at above £1,000 and so were priced out of the Cycle to Work market – but ironically, it was these bike types that would make cycling a tangible option for “would be cycle commuters”.

In 2018, we gained significant momentum and knew an update was in the near term. My personal circumstances had changed again, and I found the £1,000 limit impacting what I wanted to achieve for the second time.

My now not-so-little boy was starting school – we purposefully opted for a school on a safe cycle route – plus he’d gained a baby sister too. The family needed the potential for a bike that could carry an adult, both kids, and all their school gear; cue me researching endlessly for suitable options.

Whilst a pedal assist e-bike wasn’t essential, it certainly helped with our hilly journey to school. We trialled the Tern GSD for two weeks - we had a child seat fitted (after the picture was taken) and still had room for my not-so-little boy to sit on the back.

By 2019, I witnessed a complete transformation. It wasn't me suggesting or convincing my family to ride to school anymore; it had become their default option, even in the rain! They had also got to the stage of riding so regularly that they didn’t need the assistance of an e-bike and had moved to a more traditional model – it didn’t need to carry two children either, as Alex was now riding himself and had become confident on/off the road. 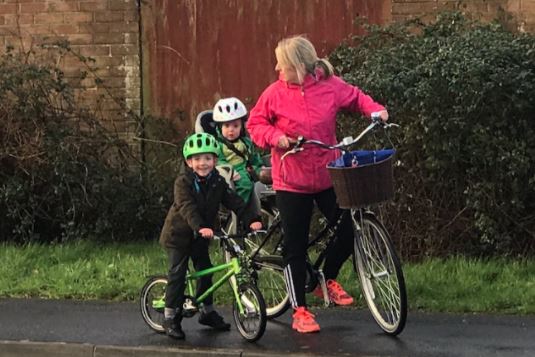 With the health benefits associated to cycling, like reducing the risk of cancer by 45% or risk of heart disease by 46%, I love the fact that my family cycle and we are introducing this mindset to our children.

The change in policy allows more Cycle to Work service providers, like Cyclescheme, to facilitate higher than £1,000 bikes (and the accompanying accessories required). It’s now that we can start to accommodate for all demographics, age groups and abilities.

I personally thrive on the fact that my job can have the positive impact it has had on my family and on the 750,000 people who have already gone through Cyclescheme. I am hoping to see that number rise significantly in 2020 as we encourage thousands more people to embrace the healthier, more affordable and environmentally friendly mode of commuting.