From good to great: 10 years of Cyclescheme

A few days ago, on Valentine’s Day to be exact, Cyclescheme turned 10 years old. Over the past decade a vast amount of change has taken place in the world of cycling and, specifically, cycling to work.

A few days ago, on Valentine’s Day to be exact, Cyclescheme turned 10 years old. Over the past decade a vast amount of change has taken place in the world of cycling and, specifically, cycling to work.

What started out as a small piece of the Green Transport Plan - which itself formed part of the much larger 1999 Finance Act - the Cycle to Work scheme has seen over 650,000 people across the UK buy a bike to cycle to work.

Since 2005, Cyclescheme has been at the forefront of this much applauded, and much admired, salary sacrifice scheme. Started by a pair of savvy bike shop owners (Richard Grigsby and Gary Cooper), Cyclescheme went from running a small operation for local employers in its home town of Bath, to running schemes for large multi-national organisations across the UK. The growth of popularity in cycling to work really began to bear fruit when, in 2009, Cyclescheme was awarded the FastTrack 100 award as the fastest growing company in the UK.

Now part of the Grass Roots family, Cyclescheme operates schemes for over 40,000 clients across the country and just recently (right around the time of its 10th birthday) passed the momentous milestone of having helped over 650,000 people get a bike for work.

Now in its 10th year, Cyclescheme has big plans for the future. Never one to rest on its laurels, Cyclescheme has continued to embrace the world of employee benefits and, since becoming experts in salary sacrifice, has brought new services like Computingscheme and Childcarescheme into its portfolio enabling employers of all shapes and sizes to offer a more comprehensive benefits package. With more developments and added benefits on their way, Cyclescheme continues to forge ahead with its innovative, high-tech approach to salary sacrifice benefits.

Here’s to another 10 years. Here’s to going from good to great. 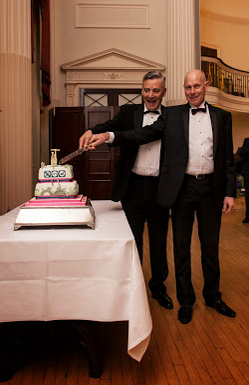