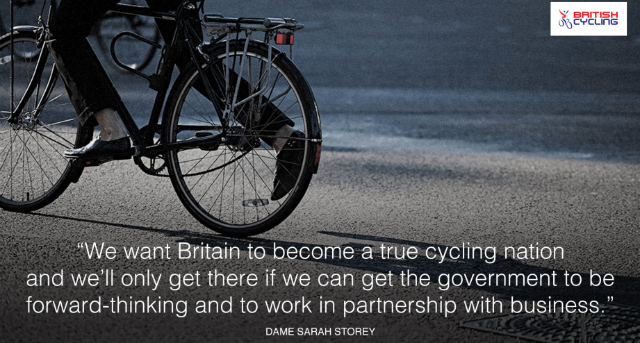 The UK government should give tax breaks to people who take up cycling to work, British Cycling’s policy adviser Chris Boardman and Britain’s most successful female Paralympian Dame Sarah Storey have both backed this statement.

Tax incentives for companies that invest in cycling facilities will also be put to the government as workable solutions for revolutionising the way people travel for short journeys.

The proposals, also backed by some of Britain’s largest businesses and national charities, have been put together by Jolyon Maugham QC – one of the country’s top tax experts – who has been commissioned on behalf of the #ChooseCycling business network.

National funding for cycling is currently set to fall to less than £1 per head, just 0.3% of total transport spend – far below British Cycling’s recommended minimum of 5% of total spend that is needed to fund properly segregated cycling lanes. 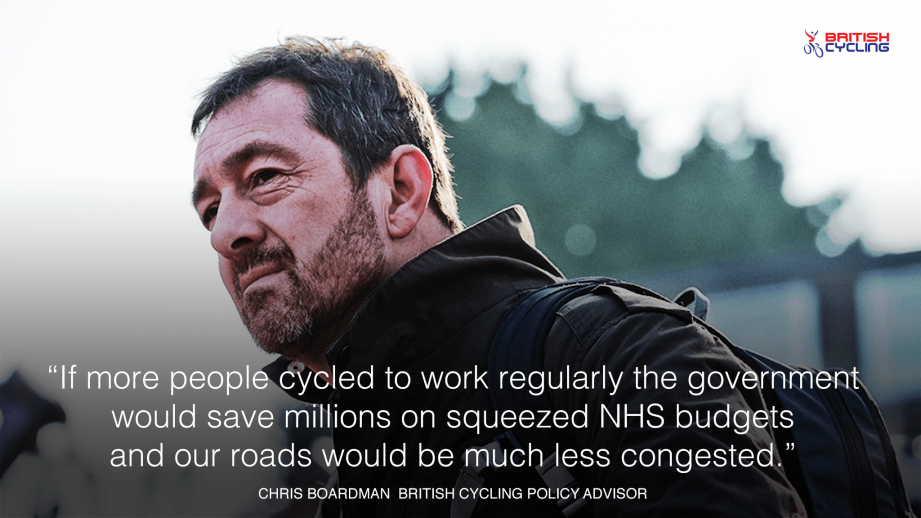 British Cycling’s policy adviser, Chris Boardman, said: “If more people cycled to work regularly the government would save millions on squeezed NHS budgets and our roads would be much less congested.

"That in itself would more than pay for a £250 tax break and would provide a real incentive for people to live more active lives.”

Dame Sarah Storey added: “Britain’s businesses have woken up to the benefits that cycling can bring to their employees and it’s about time that the government followed suit.

"It’s only right that if a company invests heavily in providing high quality changing and bike storage facilities – things that will help our nation become healthier and fitter – that they should get a tax incentive for it. 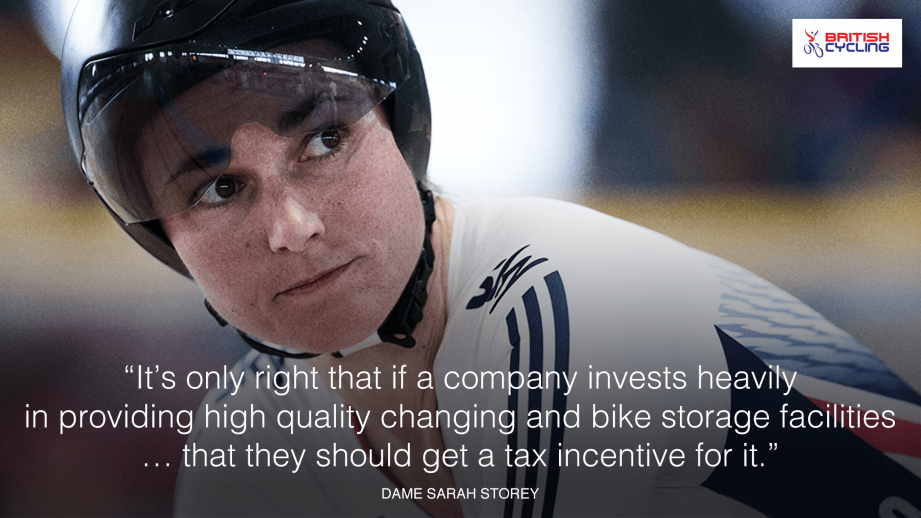 "We want Britain to become a true cycling nation and we’ll only get there if we can get the government to be forward-thinking and to work in partnership with business.”

The proposals that have been recommended by Jolyon Maugham QC on behalf of the #ChooseCycling business network are:

"They are innovative, cost-effective and will help deliver a number of the government’s key objectives.”

Stephen Joseph, Chief Executive of Campaign for Better Transport, said: "Tax incentives and funding for high quality cycle infrastructure are the right way to go to tackle the congestion and pollution now affecting our towns and cities.

"With 60 per cent of car journeys under five miles, this kind of package could give people a real choice for a lot of the journeys they currently make."

British Cycling also today published the results of a survey of its #ChooseCycling business network that collectively employs 700,000 people.

The results showed that improving employee health and wellbeing was the top priority for businesses who invest in cycling facilities and promotion.

The survey also found that two thirds of companies view the promotion of cycling as more important now than in previous years, as well as a desire for employers to do more to promote cycling to their customers and service users.

Become a member
British Cycling memberships helps support British Cycling’s work to create more opportunities for people to ride a bike, get involved in the sport, and have safer places to cycle. Membership also gives you access to a range of useful benefits like liability insurance and discounts on cycling kit. Join today from £37 a year at britishcycling.org.uk/ride