The Nottingham Life Cycle - over £200k raised so far! 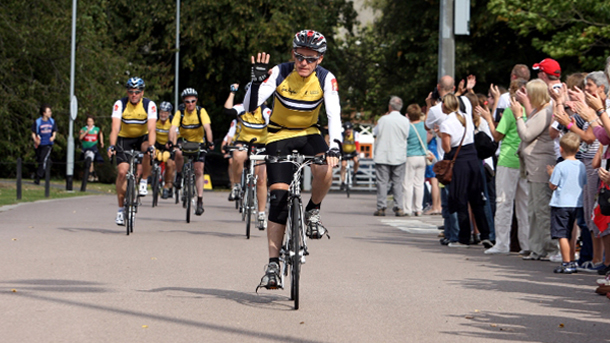 The University of Nottingham's Vice-Chancellor, Professor David Greenaway, led a team of colleagues as they cycled more than 1,000 gruelling miles from John O'Groats to Land's End over 14 days to raise money for the Sue Ryder Care Centre based at the University.

More than 150 people – including Nottingham South MP Lillian Greenwood – took to their bikes on Saturday, 3 September to support The University of Nottingham’s Life Cycle team in their bid to raise £200,000 for charity.

Eleven members of University staff – led by Vice-Chancellor Professor David Greenaway – were met by a 400 strong crowd as they rode into Sutton Bonington Campus nine days in to a gruelling 1,000-mile ride from John O’Groats to Lands End.

Admitting that the welcome had left them feeling overwhelmed but motivated, the team are now even more determined to finish the ride and raise as much money as possible for the Sue Ryder Care Centre for the Study of Supportive, Palliative and End of Life Care (based at the University).

After catching his breath following nine days and 650 miles in the saddle, Prof Greenaway addressed the audience to thank the 26 participants who joined the team on the 50 mile Retford to Sutton Bonington leg of their challenge. He also praised the 120 people who took part in the Community Ride from University Park to Sutton Bonington.

He added: “The Sue Ryder Centre does incredibly important work, affecting so many people's lives and we are blessed to have such a high quality research facility at our University. Twenty-five years ago to the day, I lost my father to cancer, so this cause also has a very personal significance.” 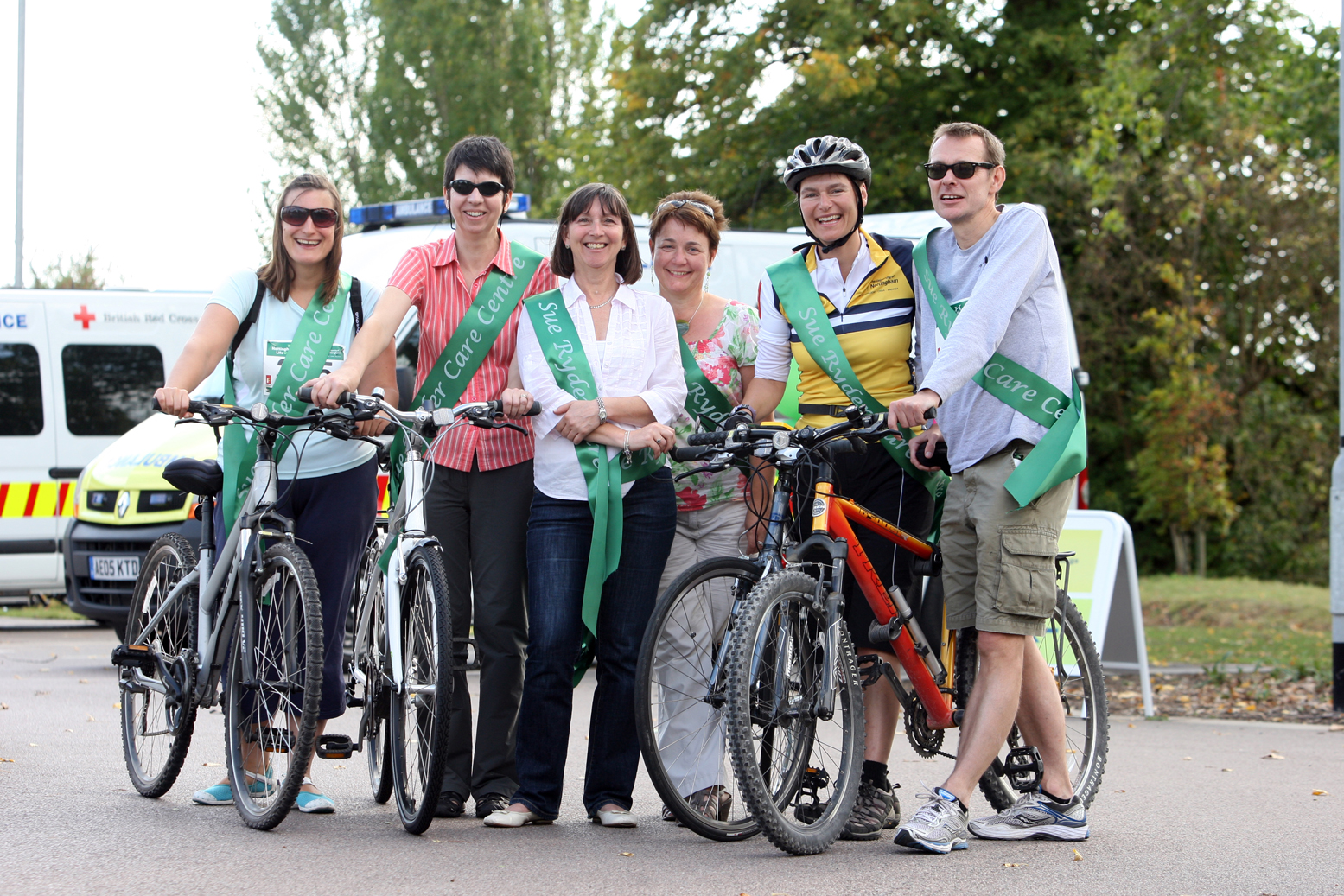 The two rides are estimated to have raised over £10,000 for the fundraising effort, which now stands at £190,000. Donations from the friends and family of those that took part added a further £700 to the total, as guests were treated to a barbeque, live music from Miss 600 and family entertainment.

Jane Seymour, Sue Ryder Professor of Palliative and End of Life Studies at University of Nottingham, who completed the Retford to Sutton Bonington leg of the ride herself, told the audience that the money raised would play a vital role in improving the treatment of those at the end of life, worldwide.

She said: “Even though this country leads the way in palliative care, there are still people here as well as abroad that do not receive the best possible support at the end of their lives.

“The money raised through Life Cycle will go towards providing better education in this vital area of research. We want even more PhD students from across the world to come and study at the Centre and become leaders in the field in their home countries.”

After the speeches, Chris Newman (31), who led the Retford to Sutton Bonington riders to cross the finish line in 3 hours 17 minutes, revealed that the ride was the furthest he had ever completed.

He said: "I am a keen cyclist and the event has given me the chance to raise over £450 for a very worthy charity. When I told people what the sponsorship was for they were very generous. It has been great to be involved in such a wonderful event."

In the final speech, Gillian Roberts from Life Cycle sponsors Freeth Cartwright, added: "It is fantastic to see so many people here to support this event. We are very proud to be sponsoring the ride, which gives us the opportunity to broaden the causes we support while continuing our longstanding relationship with the University of Nottingham."

Never has there been so much excitement and buzz in the bike sector as there is around the...