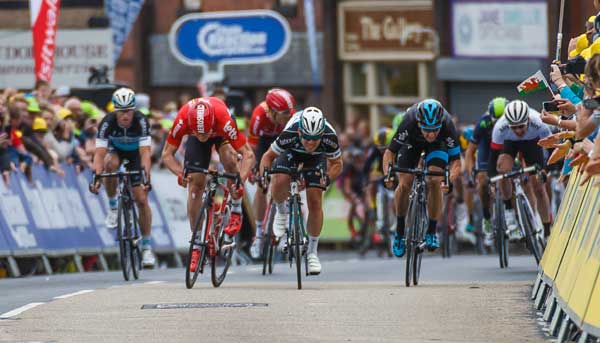 This 4th to 11th of September sees the thirteenth edition of the modern Tour of Britain.

As the UK’s biggest professional cycle race takes in the likes of Glasgow, Bristol and Bath, before an overall finish in the heart of London on Sunday 11th September.

The race is the UK’s biggest free-to-attend sporting event, attracting over 1.5-million spectators and with daily LIVE coverage every afternoon on ITV4.

120 of the world’s top cyclists will line-up on the start line in George Square in Glasgow on Sunday 4th September for eight days of racing.  Among the 20 teams who will race in the Tour of Britain are 10 UCI WorldTour teams that raced in the Tour de France, including the likes of Team Sky, Orica BikeExchange and the Movistar Team.

British fans can also get behind the Great Britain national team and Team WIGGINS, who will be led by Sir Bradley Wiggins, just three weeks after he has raced in the Team Pursuit at the 2016 Olympic Games in Rio de Janeiro.

Keep an eye the Tour of Britain website for all of the latest news about rider announcements during August.

The great thing about the Tour of Britain is that it is completely FREE to attend so you can head along to any of the eight stages and enjoy world-class sport for FREE.

Head to the Tour of Britain website and check out the interactive stage maps and ETAs so you can plan your viewing.  The race travels through some of the best scenery in Britain, including the National Parks of the Lake District (Stage Two) and Dartmoor (Stage Six) giving you the chance to watch the world’s top riders racing in front of a stunning backdrop.

If you want to meet the riders and get close up to the stars of cycling for photos and autographs, then head to a Start, where you’ll have the chance to see all of the teams presented on stage.

Or if you want to see the racing at first hand, take in a finish where you can watch the race unfold on giant screens before the thrilling finish happens in front of you, followed by the post-stage podium ceremonies.

The final two stages in Bristol (Saturday 10th) and London (Sunday 11th September) take place on city centre circuits, with riders completing multiple laps, making them the perfect locations to enjoy a day out with all of the family.

The race may be coming through a community or town near you, so why not check out the list of stages below and see where you can cheer on the race.

This year’s Tour of Britain stages are: 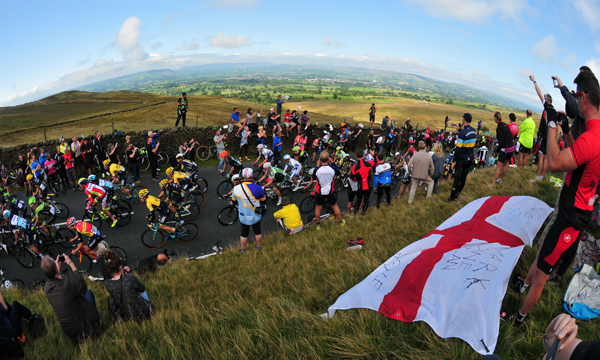 If you can’t make it to the roadside for one of our eight stages then don’t worry, there is full coverage on ITV4 so you can watch LIVE every afternoon of the race.  ITV4 will be screening three-hours of LIVE coverage from each stage, plus a further hour’s highlights in the evening.

You will also be able to watch all of the highlights via the ITV Hub catch-up service and keep up-to-date via the website for a live blog from each, plus lots of additional video content.

Get on your bike

If watching the Tour of Britain inspires you to get cycling, then a month after the race we have the perfect event for you.  Sunday 9 October is the official sportive of the Tour of Britain in Worcestershire.  You can take part in the mass ride on routes of 40, 75 or 100-miles with hundreds of other cyclists, and celebrate Britain’s national Tour.

To find out more about the routes and how you can sign-up to enter, visit www.tourride.co.uk

For more information on the Tour of Britain, including interactive stage maps and timings for all eight stages please visit www.tourofbritain.co.uk

Guest Blog: Bikmo - 7 ways to make your new commute by bike a joy

Bikmo, our official bike insurance provider, shares some top tips for protecting yourself and...

Get involved in Bike Week 2020

It’s Mental Health Awareness Week from 18-24 May. Here’s how regular cycling can play a key role...