How to ride to work (the easy way) 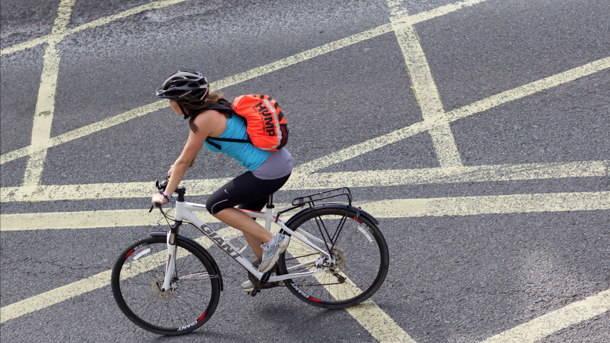 According to the Office of National Statistics (and it should know) 83% of the working population of England and Wales have a commute of under 20km (just over 12 miles). 68% have to travel less than half that distance (10km/6 miles). And 49% – which you don't need us to point out is almost half – have a commute of no more than 5km, which is less than three miles.

According to the Office of National Statistics (and it should know) 83% of the working population of England and Wales have a commute of under 20km (just over 12 miles). 68% have to travel less than half that distance (10km/6 miles). And 49% – which you don't need us to point out is almost half – have a commute of no more than 5km, which is less than three miles.

Compare those numbers with the ones that tell us how people travel. In 2011, 67% of people used “private motorised transport” – mostly cars. 18% used trains or buses. 11% walked. And just 3% cycled. Remember, half the commuting journeys are less than three miles, but only 14% of people travel under their own steam. These are not arduous journeys. What we're saying is that the majority of people could cycle to work – it's easier than you'd think...

It's tempting to ride along exactly the same roads that you previously drove, but that's not always the best solution. On a bike your top speed is limited by how hard you're able (or willing) to pedal – you can't go any faster on bigger roads as you can in a car. That means that you can avoid the fastest, busiest roads in favour of quieter ones without your average speed suffering. It's often the case that the quiet roads are more direct, too.

Get yourself a map and work out some options.  Expect to have to experiment a few times with route options before you find the best one. Google Maps is a useful tool – it'll automatically make a route (there's a specific “cycling” option) which you can then easily drag around to suit your preferences. Don't forget cycle paths – there won't always be one, but traffic-free routes are often a good option if available. Look for other alternative transport corridors like canal towpaths, too. They're not always lit and can have unpredictable surfaces, though, so you might want to only use them at certain times of year.

Remember that you don't have to use the same route every day, or even at both ends of the same day. One of the joys of cycle commuting is the freedom to take a longer, more scenic, or – if you're training – deliberately harder route if the mood takes you. Most experienced cycle commuters have a selection of routes from which they pick and choose according to conditions and whim.

Everyone can ride a bike, right? Well, sort of. There's a difference between being able to stay upright and steer and having the skills and knowledge to ride safely on the road with other traffic. Several organisations offer adult cycle training, with qualified instructors to help you get to grips with busy roads, complex junctions and so on. If your commute takes you on roads (and most will) and you're not hugely confident, then a day's training will make a huge difference.

You're legally required to have lights after dark, and riders are increasingly leaving them on during dull daylight conditions too – modern LED lights are so compact and efficient that there's little downside to using them. Lots of reflective material (either on your clothing or stuck to your bike) is a good idea too. Alas, there'll always be the occasional driver who just doesn't look, but get yourself as visible as possible and you'll get the attention of the slightly inattentive ones.

What you wear to ride depends on a number of factors. Short, easy commutes can easily be undertaken in your normal work clothes – if you don't have to raise a sweat (and you'd be surprised how far you can ride with little effort) then there's little reason to change. If you've either got a significant distance to cover, significant hills to scale or you just like going fast, then wearing cycling kit for your commute makes sense.

If you do change, you'll need some way of getting your work clothes to work. This is straightforward if your workwear is something other than a smart suit – just roll it up and put it in a rucksack or pannier. If you need to be smart it's trickier. There are suit panniers on the market, which are an option. Remember that you don't have to take all your clothes every day – a popular strategy is to leave the suit at work (until such time as it needs cleaning) and bring in a fresh shirt, pants and socks each day. Or bring a week's shirts on Monday and travel light until Friday evening when you bring it all home again to wash over the weekend.

Inevitably you'll have to carry some stuff with you to work. If you don't need to take much, a rucksack or shoulder bag is fine. If you have a bigger load, look at a rear rack and a pannier bag or two. Putting the weight on the bike rather than you is more comfortable, and you can carry a lot more that way. If you plan to fit a rack, make sure that you choose a bike with the relevant mounts – you can get racks that work with any bike, but they're not as good as traditional bolt-on ones.

If you're reading this you'll probably have noticed that there are many, many different bikes on the market. Choosing the right one is something of a challenge, particularly if you've not had much to do with bikes before. This is where a good bike shop comes in. They'll be able to narrow down your options based on the nature of your commute, how much you need to carry, whether you plan to ride in all weathers or just on nice days and of course your budget. The best bike for a commute across a busy urban area isn't the same as the best bike for a longer trip along open roads out of town.

And of course remember that buying a bike through Cyclescheme can net you a substantial saving (or get you a better bike for your budget).

How to: ride to work the easy way, taken from Cycle Commuter #12. Read the issue in full online here. 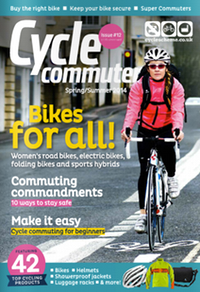