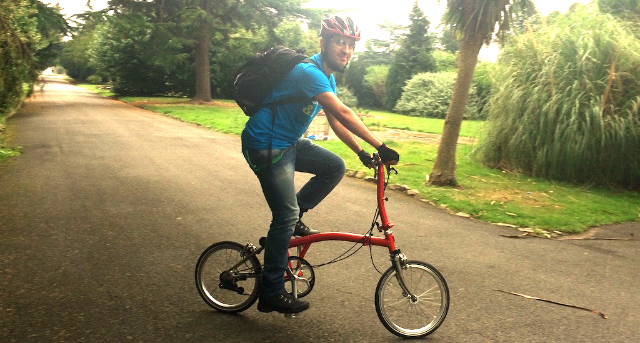 Ever wondered how your commuting experience differs to others?

People get into cycling for a variety of different reasons. Cycling is not only a great way of keeping healthy but it is also a great method of transport that can save hours of travel time on your commute.

Every wondered what it was like to ride a Brompton bicycle? We caught up with Beto on the joys of riding a bike and how it has benefited his life by using the Cycle to Work Scheme to fund their Brompton and not looking back.

What made you consider taking up cycling?

Beto: "I've liked cycling ever since I was a kid but I never took it seriously when it came to commuting. I've driven a car since I was very young and I lived in places where it was easy to commute by car. Since I came to London, commuting by car was no longer an option. After a few months I got tired of how crammed the buses and the tube got during peak times. At some point it seemed that it would be faster to just cycle everywhere."

What made you go for a Brompton?

Beto: "I needed a folding bike that would let me cycle short distances but also take with me on the train for long distances. The size and weight made me go for a Brompton. Of all the folding bike brands I tried out, Brompton offered me the smallest footprint and also the lightest option with their Titanium variant." 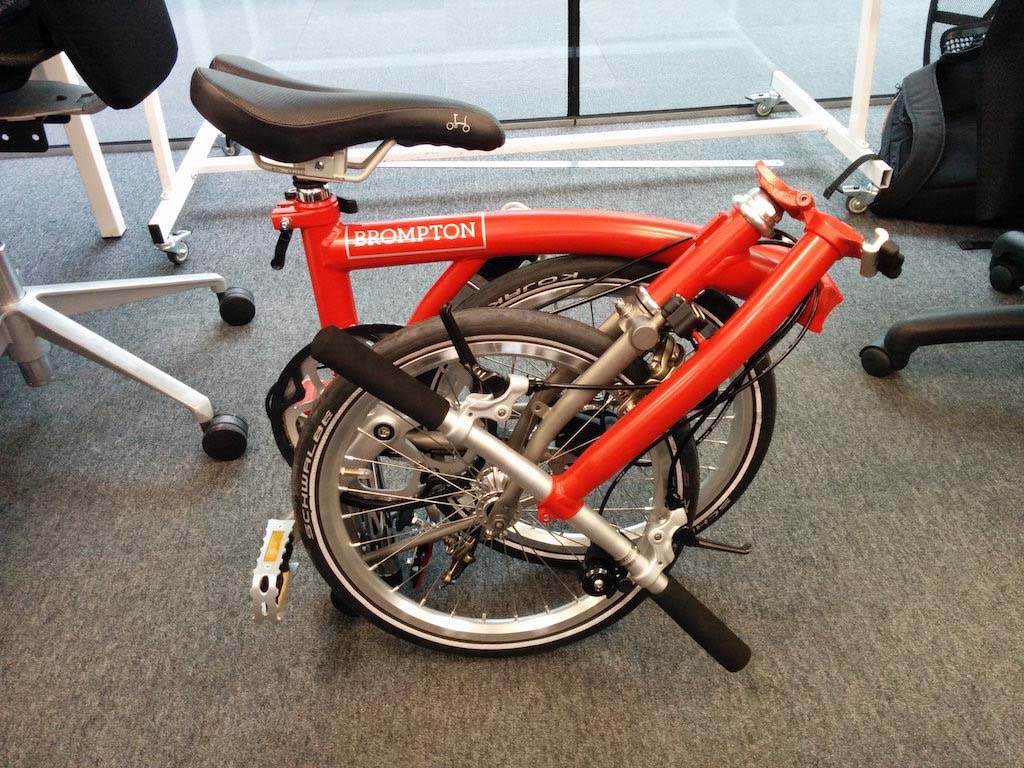 How did you find out about the Cycle to Work scheme?

Beto: "It was mentioned when I was offered the position in my current company as one of the workplace benefits."

Can you describe your daily commute?

Beto: "My commute starts at around Croydon. I take my folded bike down the stairs from my  2nd floor flat, unfold and then cycle 10 minutes  to East Croydon station. There I fold the bike and take the next train to London Bridge which takes 20-22 minutes. I unfold the bike and cycle to my office for 15 minutes at around Chancery Lane. I fold it up again and bring it with me to my desk where I store it underneath.

With a regular bike, I could not do half of those steps: bringing it down and up the stairs, up to the office and on the train during peak hour. The Brompton just makes things easier and more practical."

What do you love about cycling?

Beto: "I love the speed, the feeling of getting to places with so little effort.  I love how alert it forces you to be, always looking at your surroundings so you're aware of everything around you (instead of falling asleep in a bus or in the tube). I love the constant sightseeing, passing by London landmarks and never getting tired of them (I always glance at Tower bridge when I cross London bridge), and I love how the bicycles are just immune to traffic."

If you didn’t cycle what would your commute look like?

Beto "Miserable. Long. Boring. It would take almost twice the time if I didn't cycle, not to mention it would also be almost twice as expensive."

If you could give any advice for those considering taking up cycling what would it be?

Beto: "It's never too late to cycle. You're never too old to cycle.  Cycling will save you tons of time, time that you can use elsewhere. You'll just love it the moment you figure out that you won't depend on anybody else to get to places and that you'll be immune to traffic."