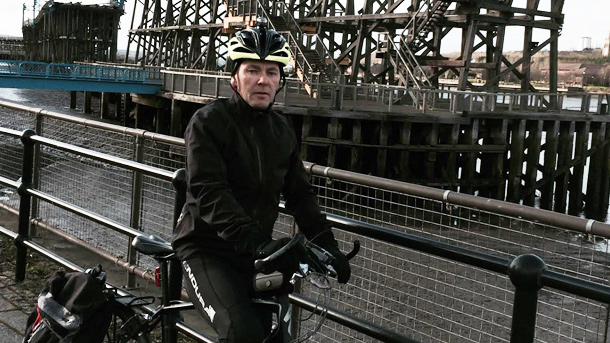 Ever wondered how your commuting experience differs to others? Each month we share the story of a real Cyclescheme cycle commuter and ask them seven questions to sum up their experience from their two-wheeled commute. This month, it's Michael.

This month we caught up with Michael to see how his commute has changed his life.

Michael: The motivation for using a bike to commute was born primarily from increased work pressures precluding the time to go to the gym. As for going the Cyclescheme route-with the ability to spread the payments across 12 months and given it is so tax efficient you'd be mad not to.

Michael: Specialized Sirrus Sport; a hybrid to allow me to do some decent road runs at the weekend, but also robust enough to cope with a bit of rough stuff. On the advice of a couple from Switzerland we met on holiday, I nearly ended up with a Pashley. After a test ride at Edinburgh Bike Co-op all I can say is it must be very flat in Geneva...

Michael: Every day if possible, unless meetings dictate otherwise. I also don't do snow- just too dangerous on such skinny rims.

Michael: We are based in Chapel Park, on the very edge of Newcastle a minute's ride to open countryside. The office is based in the heart of the City Centre. The scenic route I favour is around 7 miles, about 5 of which are on designated cycle tracks. It's a fairly short hop but rammed with interest; wildlife includes foxes, hawks and deer, scheduled monuments like the Dunston Staithes (biggest timber structure in Europe), the Tyne Gorge (c/w world famous bridges) and the finale of Grey Street, with soundtrack provided by the bells of the City's main cathedral.

Michael: Cycling to work has enabled me to recover a level of fitness, sufficient base to do annual long distance charity rides, it's rekindled a boyhood hobby, but I think most importantly affords some extremely valuable thinking time. As for saving money, the jury is out; my other half claims the money saved in fuel is outweighed by the amount I've spent on 'extras' since. I've just worn her down into buying her own bike through the scheme, so we'll soon see...