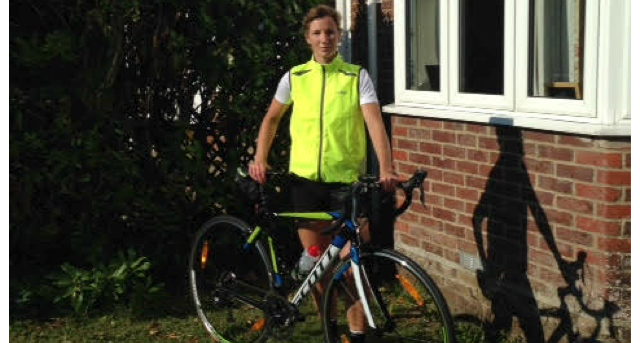 Ever wondered how your commuting experience differs to others? Each month we share the story of a real Cyclescheme cycle commuter and ask them seven questions to sum up their experience from their two-wheeled commute. This month, it's Rachel.

This month we caught up with Rachel to see how her commute has changed her life.

Where in the UK are you?

What was your main motivation for getting a bike through Cyclescheme?

I have always loved cycling and even managed to get back on the saddle after having a serious cycling accident in 1997 in which I severed my leg down to the bone (lost breaks on a steel rimmed early 'mountain bike' in the rain). When I was a teenager I cycled everywhere commuting to my various summer jobs on my Kona Fire Mountain (an upgrade from the tragic Emmelle Cougar!) and even completed a Novice triathlon on it.

After contemplating cycling to my present work place and weighing up how dangerous I considered it to be I gave it ago. To start with I was really nervous however I seem to have got better at anticipating the traffic and now know where every blind bend is and potholes are! After a couple of weeks I felt like it was time for an upgrade from my Fire Mountain which was now 15 years old. I'd always had mountain bikes so I took a chance an ordered my very first road bike on Cyclescheme. The main motivation being that I wanted to be as efficient as possible on my commute and having signed up for a sprint triathlon a road bike seemed like the best option.

What bike did you get and why?

Scott Speedster 50. It got good reviews when I Googled entry level road bikes and apparently the frames have excellent race geometry. It also helps that it comes in a great colour scheme!

How much did you spend with your Cyclescheme Certificate?

How often do you commute to work by bike?

On average, depending on meetings and weather, 3 times a week. The maximum so far has been 4 and by the end of the summer I hope to be hitting 5.

Where do you commute from and to?

Fair Oak Eastleigh to Solent Business Park Whiteley which is a 20 mile round trip. The roads are quite narrow in places and sometimes I do feel a bit vulnerable in the faster national speed limit sections however its a scenic trip across country with tree lined roads so I'm not complaining.

How has cycling affected your daily life - do you feel healthier? Have you saved money?

Cycling to work has had a massive impact in my life as I have got fitter, saved money and have more time to spend on other things. The nature of my commute to work is such that it isn't much slower to cycle either so all together it is a win win. On top of this I spend more time with my daughter when I get home as I'm not thinking that I must fit in some exercise before dinner. Everyone knows that exercise affects your mental state and I have to say a cycle to work gets you off to a positive start and dare I say it leaves you feeling slightly smug that you have already done some exercise before the working day has begun.