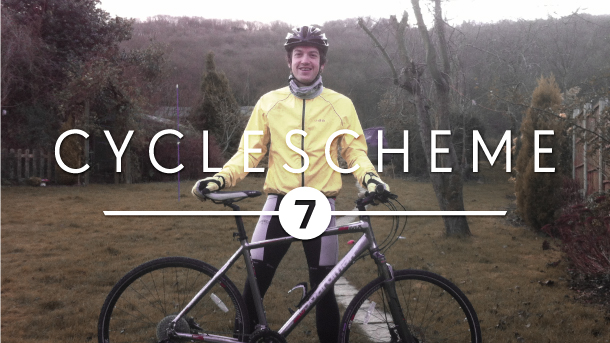 Ever wondered how your commuting experience differs to others? Each month we share the story of a real Cyclescheme cycle commuter and ask them seven questions to sum up their experience from their two-wheeled commute. This month, it's Tim.

This month we caught up with Tim to see how his commute has changed his life.

Tim: I live in Telford, Shropshire.

Tim: Well, until June 2014 it was a requirement for me to have my car at work but in June I started a new job, which was mainly office based. I didn’t have to take the my car to work anymore, so I jumped at the opportunity to get back on my bike and cycle to work as this was something I hadn’t been able to do for about 8 years.  I’m a keen cyclist anyway and take part in rides all over the country so the more I can ride the better fitness-wise, plus I like to think I’m doing my little bit for the planet!

Tim: I bought the Boardman MX-COMP as it offered an all round cycling experience, which for me is important as I didn’t want another road bike but a bike that gave me some where close to the performance of a road bike but the chance to go off road if I wanted to.

Tim: I commute 4 days most weeks but at the least 3.

Tim: I commute from The Wrekin to Madeley which is 7 miles, so its a 14 mile round trip. It's a mixture of countryside and main roads.  It also has an 18% gradient thrown in near the start which goes up to Little Wenlock and then 15% on the way back (makes it interesting).

Tim: Cycling to and from work gives me the downtime I need between work and home which is so important. It has helped me get in better shape, and I feel cycling in the week makes the 30-50 miles at a weekend seem slightly easier.  I‘ve saved money as I’ve gone from putting over £100 of fuel per month in the car to only filling up once every 4-5 weeks so cycling to work is saving me money even after what’s deducted for the bike.