Cycling and sightseeing - the perfect match 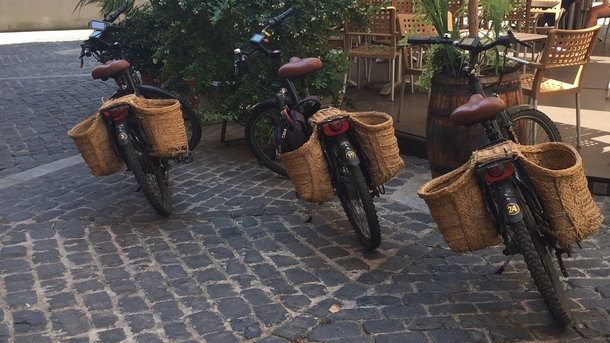 Many of us head away for a week or two every year. We look for good weather, great food and a new place to explore. And of course the opportunity to escape our ‘9-5’ routine for a while. But what if one aspect of your everyday life could really transform your travels?

Cycling is the ideal way to get from A to B in your local area – and when you go away, it’s no different. Two wheels give you the freedom to explore at your own pace. And for added leisure – you can do no better than an e-bike. These handy models feature a motor that offers a little assistance when you need it most. So you can focus less on conquering hills and more on taking in the scenery.

We spoke to two friends who took in Spain from the comfort of an e-bike saddle:

Lynda and Kevin, along with friend Julie, took in the beautiful Catalan coast on e-bikes.

What kind of cyclist are you?

L - I would say I’m a recreational cyclist. I own a mountain bike and cycle around the New Forest and the Purbecks a few times a year. When I was a teenager (pre-car) my bike was my favourite - and only - form of transport. Apart from the Mum and Dad taxi service of course! I lived in a village in Lincolnshire and went everywhere on my bike. I have fond memories of just taking off and riding around the country lanes or going on adventures with my friends.

K – As a flight attendant based out of London Heathrow – I spend the majority of my time with my feet off the ground! When I do get the chance to cycle, it’s always for pleasure.

What made you decide to make cycling a part of your holiday?

L – My friend Julie who I was travelling with suggested we went on a bike ride to explore the local area.

K – I was invited to join in! I met Lynda and her friend Julie whilst in Spain and they invited me to join them on their ride. 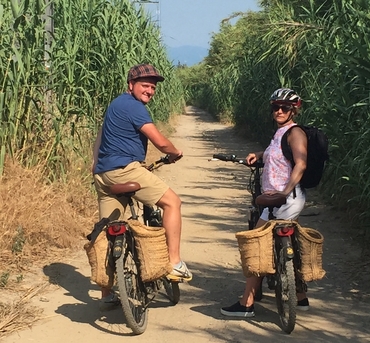 Kevin and Julie ready to hit the trail

Have you travelled by e-bike before?

Did you have any pre-conceptions about travelling by e-bike? Were these accurate?

L - As someone who is very active and keen to stay fit, I wasn’t that keen on going out on an e-bike. I thought it would be an easy ride and that I wouldn’t benefit physically from it much at all. I was happily wrong! The e-bike was fun (so much more fun than a regular bike) and as I was in control of when I used the e-power ‘v’. I really got the workout I was looking for. We managed to cover more ground than I think we would have done, had we hired regular bikes. And the e-bike did make the hills more enjoyable!

K - I had absolutely no idea what to expect from an e-bike. I suppose I thought I wouldn’t have to put too much effort in! 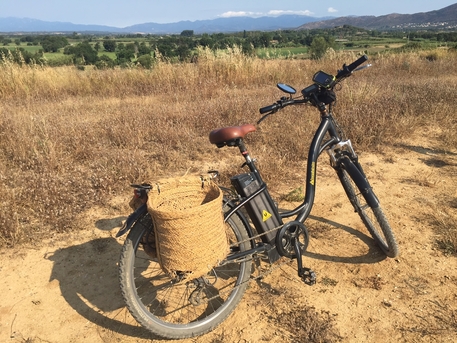 A quick stop to admire the view

How was travelling by e-bike?

L - At first it felt a little heavy and it took a short while to get used to how it worked, but very soon it felt natural to ride and easier than I had anticipated. It was a pretty comfortable ride and stable too.

K - I really enjoyed my e-bike experience. It was a fantastic balance of conventional cycling and a helping boost when starting from a stationery position. It also was a great help to keep constant speed.

How far did you cycle? Any highlights from the journey?

L – We were out for a good few hours and most definitely covered more ground than had we opted for regular bikes. We rode through the countryside, through villages, along the marina and sea front – it was an idyllic way to spend an afternoon. The shop we hired the e-bikes from gave us a satnav pre-loaded with the route which was really cool and much easier to use than a map strapped to your handlebars!  Although each time the satnav made a noise of a cow (pre-programmed to go off when we were approaching a place of interest) it did make me jump!

K - I think we travelled around 32km in total. It was great getting to spend time with friends. The feeling of having been cycling, but not feeling exhausted was great too. I was able to stop and start on far more regular basis than on a conventional cycle due to the assist from a stationery position. This came in handy when we wanted to take in the fantastic scenery and to take photos. 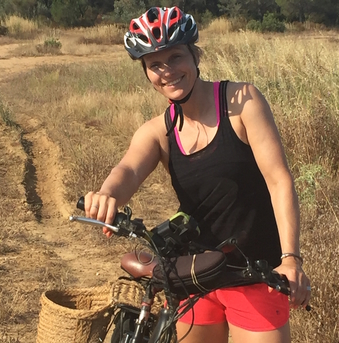 Lynda and her e-bike

Do you think you could have made the same journey with a traditional bike?

L - Yes, but obviously it would have taken much longer. With the e-bike doing some of the work I found I was able to look around more, stop more to take photos as it felt more leisurely and tourist-like, rather than being on a mission to complete a certain trail in a given time.

K - I might have made the journey on a conventional bike, but I might not have made it to the end! And I certainly wouldn’t have enjoyed the experience as much as I did.

Now you’re back in the UK – would you consider an e-bike to take you to work?

L - As I work from home this wouldn’t really be that relevant - not sure the e-bike could travel from my bedroom, down the stairs and into my office. But in terms of everyday cycling – to the shops, to see friends and whatnot – I would definitely give it a thought.

K – As a flight attendant based out of London, I travel 180 miles to work. E-bikes are good; but that might be pushing it! If I worked close to home I would definitely consider commuting using an e-bike. I definitely recommend others to give them a try! 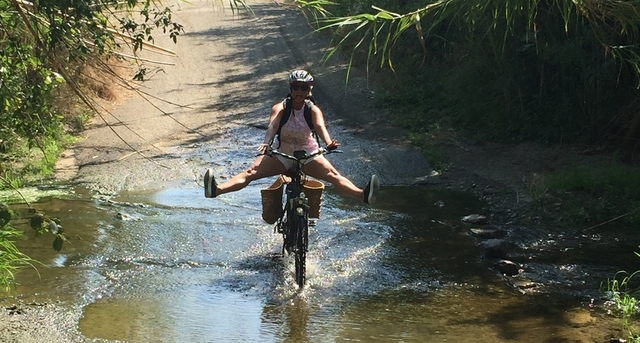 Next time wanderlust sets in (and judging by the UK; we say it will be pretty soon…); plan how you can sightsee from the comfort of a saddle.

Fancy getting to grips with an e-bike here in the UK? Cyclescheme has teamed up with Rutland Cycling to shout about their brilliant e-bike test ride options. Choose to test an e-bike on your own turf or visit a Rutland E-bike Test Centre – find out more below.