From Elvis to Presley 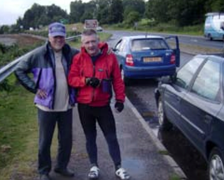 David Balfour of Highland Council tells us how getting a bike through Cyclescheme led to more than just a daily commute.

Until my late forties, I largely avoided bicycles. I had the usual childhood dalliances (orange Chopper etc.) and even completed a long distance ride as part of a biathlon. I still have the medal. My other leisure time was consumed by uber-safe pastimes like rugby and ice climbing.

There does, however come a time when creaking infirmity forces a stop to such activities but just as that point was reached lady luck decided that my employer should simultaneously introduce a cycle-to-work scheme and I got a nice cyclo-cross bike at a very reasonable price. A quick hop on and spin and I discovered the disadvantages of new technology: It wasn’t heavy, the gear shifts were smooth and predictable and it sped along at a pleasing rate of knots. The damned thing just encouraged you to ride. It was addictive and I succumbed.

When you get hooked on cycling there's no room for other addictions. I used to be a smoker, but when you're out on your bike you need all your lung capacity to be in full working order so the ciggies got binned in short order which obviously had some extra benefits for my all-round health. Oh, and my bank balance too. As a rule when you get into cycle commuting the only bit of you that gets fatter is your wallet.

Riding a bike can be a life changing experience in wonderful ways: better health, more money; and weird ones too. 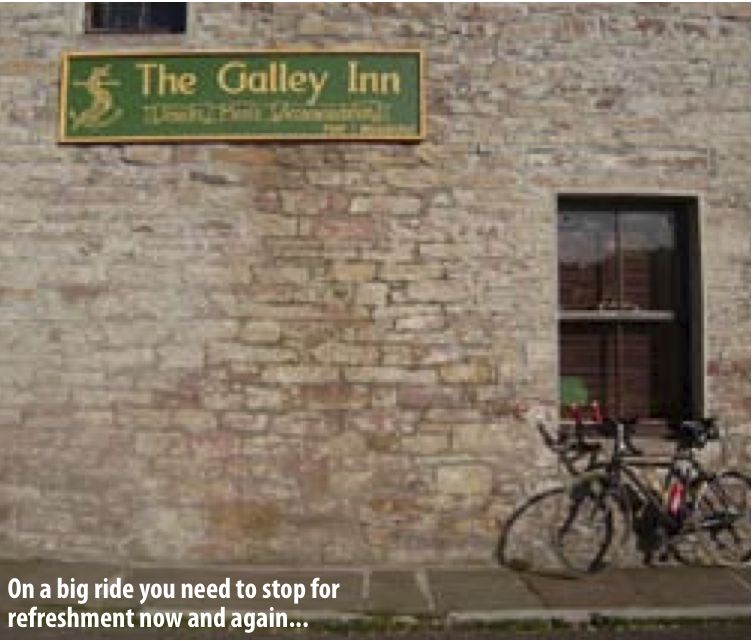 So it was that I found myself, Lycra clad in the tailspin of an August tropical storm that had a name, 30 years to the day after Elvis Presley died. I had wallowed to Shetland all night on a ferry from Aberdeen (which might be in the same country but is bloody miles away!) and disgorged on to another wee ferry to Bressay. Bike and walk, I found myself there, looking out over a deserted and desolate bay. It was called Elvis.

Elvis Voe, to be precise (HU507449, Landranger 4). As a hill-walker, I had read a satirical rag called The Angry Corrie renowned for its“quirky”challenges such as Elvis to Presley. The TAC guys walked and it took them ages, I would cycle and do it in 24 hours – well, that was the intention anyway. We both did it for charity.

So, punch the stopwatch and off, managing a gentle trot across the bog to the bike feeling like a proper athlete, back to the ferry and right down the spine of Shetland by the only road to Sumburgh and the aeropuerto. This place is bleak, even for the kind of post apocalyptic landscape that Shetland does so well. The sheep looked hard as nails and even the road does no fluffing about – it just goes straight across the runway to get there as soon as possible. Bike in a plastic bag, on to a plane about the size of a transit van and after thirty minutes of water I was deposited in the second archipelago of the day – Orkney.

"riding a bike can be a life changing experience in wonderful ways and weird ones too..."

It sometimes seems that the roads are the only things in Orkney that aren’t 5000 years old. The place is splattered with history. You should go there! It’s also not that big, so Kirkwall to the next ferry at St. Margaret’s Hope was achieved at an energy saving pace, over the prettiest back roads in Scotland. The ferry got across the Pentland Firth in as smooth a manner as was possible on that water, given the worsening weather and the fact that a lot of the North Sea empties into the Atlantic at that point. Unlike some, I wasn’t revisited by supper. 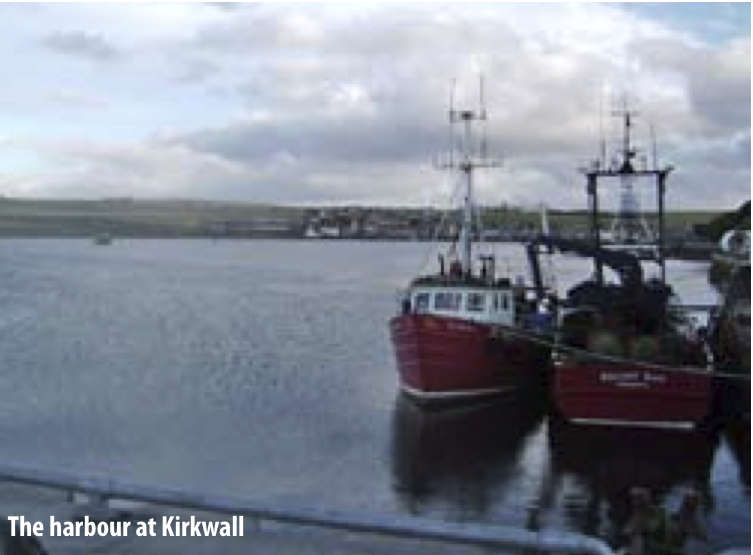 When my“support crew” met me at John O’Groats it was 9.45pm, raining, the wind was picking up and I had 135 miles to go. Loose plans were made to meet up in Wick. We did at midnight, much delayed after a puncture. Then onwards. The 12% gradient at Berridale came and went, the Ord of Caithness undulated infuriatingly and 5am saw us in Brora. Our last stop as a team was outside Dingwall at 9am. By this time, you could use any word describing“knackered” – in fact; you could have used them all. Finally at 183.5 miles on the outskirts of Inverness, I failed utterly. That's the thing about challenges, you can't win them all, but you can at least finish. The next day after a kip, I got back on the bike and did the rest. No publicity, no welcoming committee, no support. Just me and Presley (it’s a farm near Forres). Done.

And the thing is, I never did like Elvis...