The Cyclescheme Seven: what's your commute really like? (Paul C) 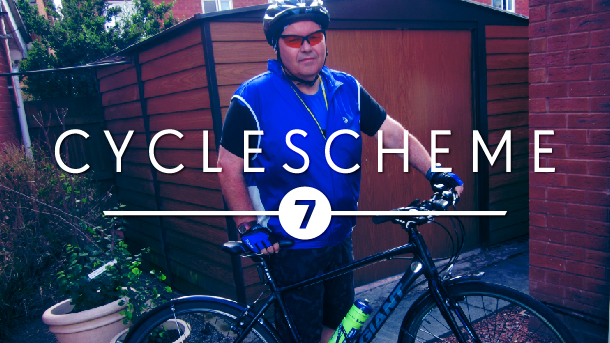 Ever wondered how your commuting experience differs to others? Each month we share the story of a real Cyclescheme cycle commuter and ask them seven questions to sum up their experience from their two-wheeled commute. This month, it's Paul.

This month we caught up with Paul to see how his commute has changed his life.

Paul: I live in Rogerstone just outside of Newport in South Wales.

Paul: My kids aged 7 & 10 wanted to ride further than the bottom of our street. A colleague in work mentioned a nearby bike club for them to learn cycling skills and have fun. So to take them out and about, wife and I needed bikes. A number of people in work already had bikes through Cyclescheme, and as I am the administrator for the scheme, I could see the financial benefit of acquiring a bike this way.

Paul: As an accountant I'm always looking for a bargain so looking at the online sales in local shops it came down to a Felt QX70 or Giant Escape 3, but as they had sold all the Felts, the choice was made. As I hadn't ridden a bike since 1991 I needed basic set up to get me going; none of this carbon fibre malarkey.

Paul: I started one day a week, now up to 3 days per week working toward 5 days per week. Don't want to push too hard, hate it and give up. Also you have to break your backside in gently!

Paul: I commute from Rogerstone to Duffryn in Newport, which is a 10 mile round trip using a route found via Sustrans website.

Paul: Great feeling of satisfaction to complete the first round trip without dying of heart attack or being crushed by road vehicles. It has got easier over the last 4 weeks (mostly), tackling those hills in higher gears. At 51 I needed more exercise and cycling allows us as a family to take advantage of the local cycle paths on weekends. The saving in petrol is noticeable as the time between filling the car up is extending. The time taken by cycling isn't significantly more due to the roundabout route I would normally take by car to avoid the jams around the motorway. Health benefits will come in time.