The Cyclescheme Seven: what's your commute really like? (James C) 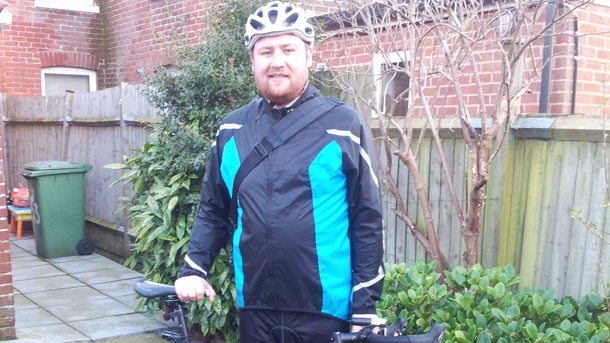 This month we caught up with James to see how his commute has changed his life.

James: I’m in Eastleigh, Hampshire. The cycling infrastructure is reasonably good for the size of the town with plenty of cycle paths, and you don’t need to ride more than a few miles before you’re out in the Hampshire countryside. The New Forest is pretty much on my doorstep too.

James: I was keen to get a new bike to replace the ageing mountain bike that I had been using for commuting to work. The combination of both the tax-saving and interest-free loan elements of the scheme meant that I could afford a much better bike than I otherwise could have done by myself, and without having to find the money upfront either.

James: I bought a Trek Madone 2.1 road bike. I had been considering a hybrid bike but my cycling is entirely on the road and the unanimous advice from cycling friends, colleagues and the staff in my local store was to get a drop-bar road bike. Having test ridden several bikes, the Trek was my preference based on a combination of looks, spec and the way it rode, I’ve had it for 3 months now couldn’t be happier. That said, I’ve got my eye on using the scheme again this year to pick up a second bike which is better suited to winter cycling, soI can keep the Trek for fair weather use only.

James: I went for the maximum £1,000 that my employer offered under the scheme. There’s a lot of competition between road bikes at that price point precisely because of cycle to work schemes, with pretty much all of the mainstream manufacturers offering well-equipped aluminium or even carbon bikes, meaning plenty of choice and good value. The full amount was spent on the bike, as I already had most of the kit I needed for commuting; lights, lock, helmet, wet weather gear, etc.

James: Every day, come rain or shine. It’s quicker than driving for the distance I cover and the typical morning and evening traffic conditions, so it doesn’t make any sense to take the car. Granted, cycling in heavy rain isn’t always the most pleasant experience, but I change clothes at work so it doesn’t bother me too much.

James: My actual commute is only a 5 mile round trip across the town between my home and office, on a mixture of residential roads and cycle paths. Having the bike with me though means I can pop out for a lunchtime ride or take the long way home every now and then,I’ve got a choice of routes home from my office which can easily nudge the journey up to 10 or even 20 miles.

James: Where do I start? A year ago I wouldn’t have dreamed of cycling to work, but I’ve now lost 3 stone (and counting) and I arrive at work every day feeling awake and invigorated, not tired. I’m now out on the bike most weekends for fun, and I’ve even arranged for a group of colleagues and family to take part in this year’s London to Brighton charity bike ride too. I’m saving money in not doing anything like the mileage I previously did in the car, although I have to admit that cycling is quite an addictive hobby and so I am now spending some of those savings on new cycling gear and taking part in events!