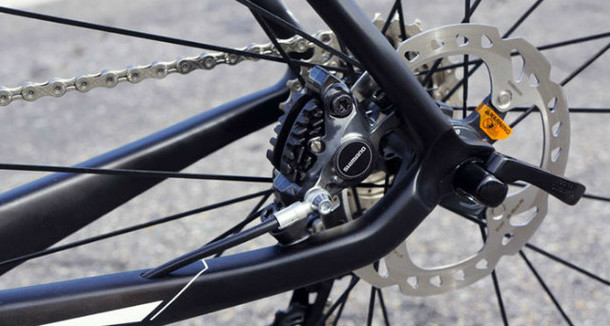 For the ride to work, road bikes with disc brakes have a number of advantages over their rim-brake stablemates.

Disc brakes have been one of the big changes in road bike design in recent years. Almost every manufacturer's range features them. You don't see them in professional road races due to legislation. They have been trialled but worries remain about the risks of hot, sharp rotors in peloton pile-ups. Disc brakes are also a bit less aerodynmic than sidepull calliper brakes, and they can slow down wheel changes too. For pro racers, these things matter. For commuters, they're largely irrelevant.

Coversely, discs have some useful advantages for road bike commuters. One of the key ones is easily overlooked: tyre clearance isn't constrained by the need to have a short-reach brake calliper mounted in close proximity to the rim. That enables bike designers to create space between the tyre and frame or fork, giving room for mudguards and wider tyres that will cope better with bad roads; most disc road bikes have tyres 28mm or wider.

Discs aren't affected by wheels that go out of true, nor by mud, slush or rain on the rims. Disc brakes can still get rained on but any water is skimmed off a 140mm or 160mm rotor almost immediately you start to brake. So braking with discs is consistent. Disc brakes don't abrade the wheel rims either, which is good news for a bike that is used day in, day out, in all weathers: you don't have to worry about the rim cracking and failing a few years later.

There are disadvantages to discs. They're heavier – not just in themselves, but because the frame and fork need to be reinforced to withstand the braking forces, which are higher so far from the wheel's circumferance. This reinforcement means less 'springiness' in the fork and frame, giving a small reduction in comfort – albeit one that wider, softer tyres will offset. Lastly, disc brakes are more expensive than rim brakes.

There are some disc-brake road bikes available at around £600, but broadly speaking you should expect a price of £800-£1,000 (and there are lots more at prices higher than that). For this, you can expect a good quality aluminium frame, an aluminium or carbon fibre fork, and Shimano Sora or Tiagra gearing. Look for frame fittings for mudguards at least, and for a pannier rack too if you plan to use one. Look for a gear range wide enough for your intended usage.

The brakes themselves will almost certainly be mechanical ones. Hydraulic ones for drop-bar bikes do exist but they're expensive and seldom seen on bikes under £1,000. Some bikes have hydraulic callipers operated by cables (see below); these are a good compromise. Other particularly effective mechanical discs include ones where both pistons are actuated (e.g. TRP Spyre) and ones where both pistons can be adjusted independently (e.g. Avid BB7 Road).

Here are three disc-brake road bikes you should consider. 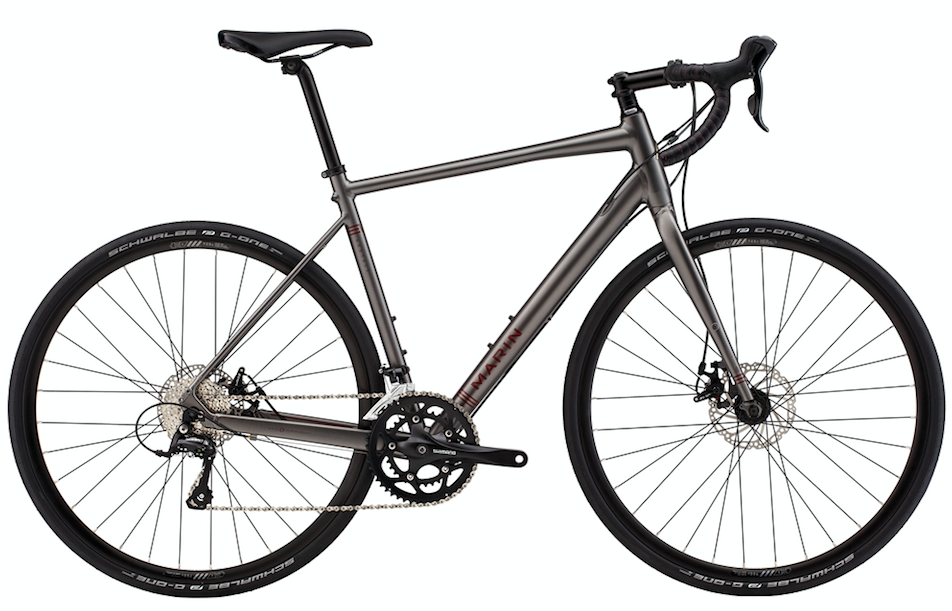 The Gestalt 1 is an adventure road bike, equally at home on unsurfaced roads as tarmac high streets. Its aluminium frame and fork are mudguard-ready, and it will take a rear rack. Gearing is 'only' Sora but the range isn't bad, a 50-34 chainset driving an 11-32 cassette. Since it's 9-speed Shimano, you could fit a mountain bike rear derailleur and cassette if you wanted lower gears. The brakes are  Tektro Spyre: mechanical discs that need less adjustment than others because both pistons move. The wheel rims and tyres are tubeless-ready, offering the prospect of self-sealing punctures and reduced rolling resistance. 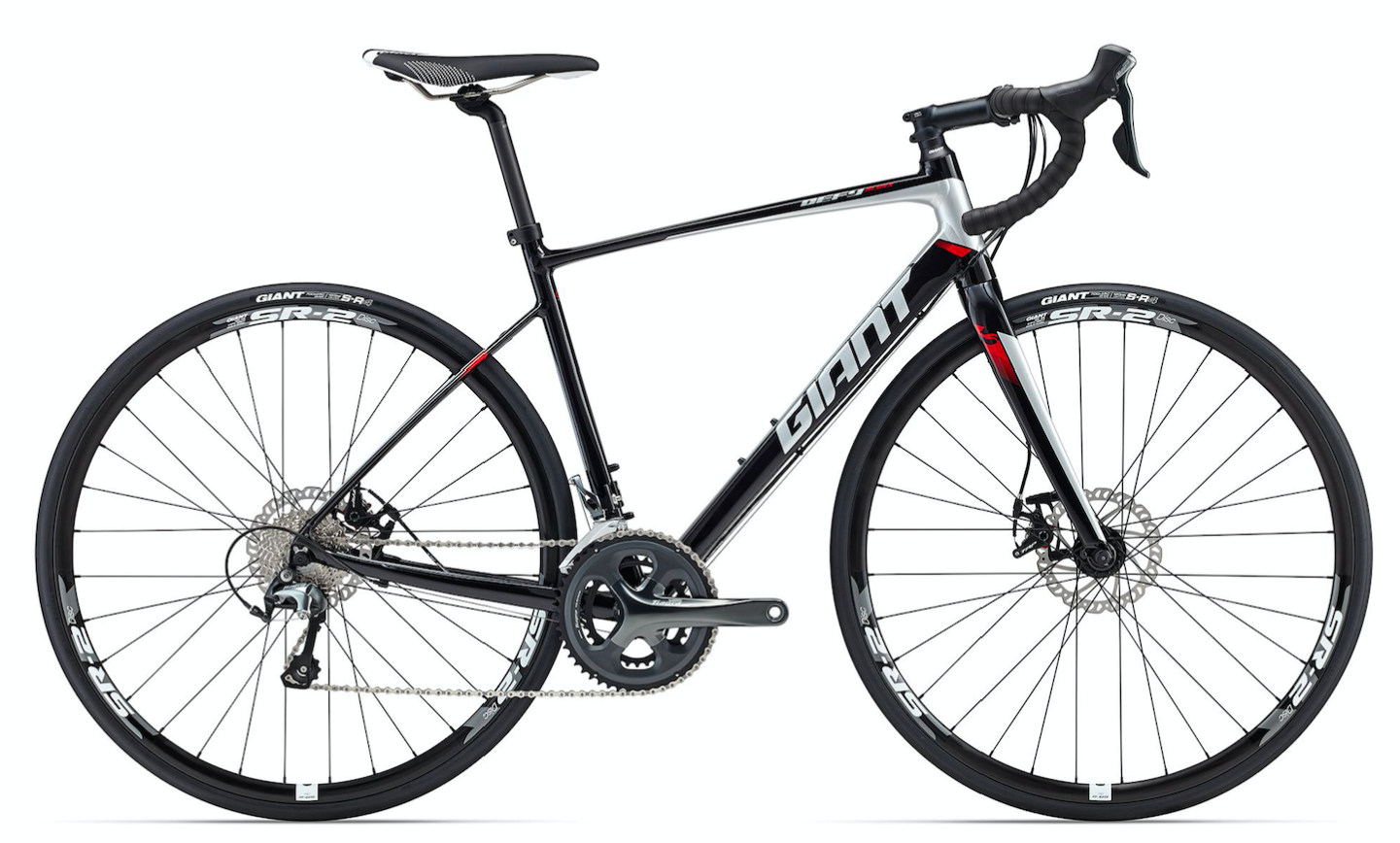 Like the other models in the Defy range, the Disc 2 is an endurance road bike – bikespeak for a road bike with a more upright riding position. It trades crouched-down speed for everyday comfort. Tyres are narrow for a disc-brake bike, however: just 25mm. While the carbon fork and seatpost may absorb some vibration, a pair of 28mm tyres would iron out rough roads more effectively. There's nothing to stop you fitting them – or mudguards. Gearing is 10-speed Shimano Tiagra, with the same range as the Marin's 9-speed Sora but smaller steps between gears. The brakes are TRP Spyre again: a sound choice.  There's an equivalent women's model, the Avail 2 Disc. 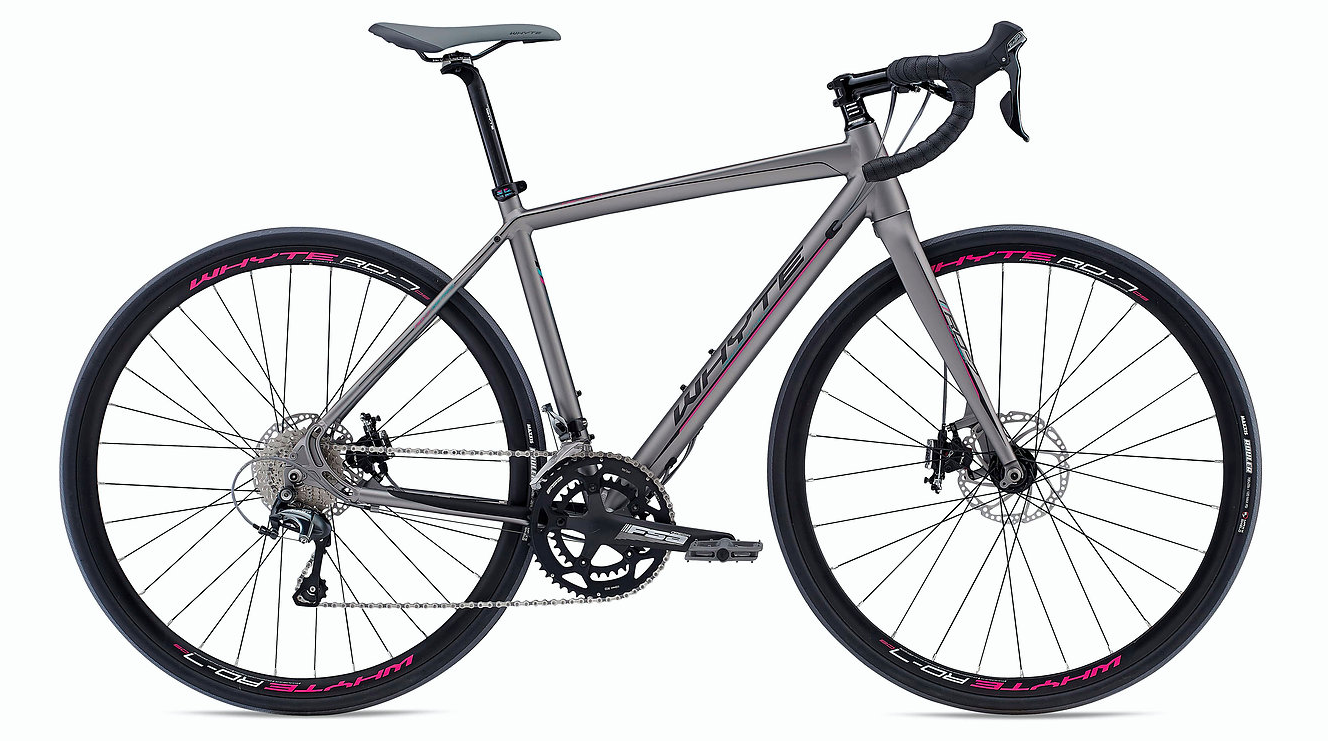 Whyte are unusual among manufacturers in that all of their road bikes have disc brakes. Like its stablemates, the Devon is general-purpose road bike. Its aluminium frame and carbon fork have fittings for mudguards and a rear rack. Like the Defy 2 Disc, the Devon uses 10-speed Shimano Tiagra gears. The brakes, however, are a step up: TRP's HyRd is mechanically operated only as far as the chunky calliper; the pistons move hydraulically. Braking modulation is good and you don't need to adjust the pad positions, once set up. Secondary, in-line brake levers on the bar top enable instant braking wherever your hands are resting. Tyres are 28mm. This is a women's bike, availble in sizes to suit riders down to 146cm (4ft 10in). The gent's equivalent is the Dorset.