Despite hills and some busy roads, Bristol is one of Britain’s better cities for cycling. Here’s what you need to know.

South West England’s biggest city has a good cycling pedigree. Sustrans began life here in 1977 when it set about turning the abandoned rail link to Bath into a walking and cycling route. Bristol was named Britain’s first ‘cycling city’ in 2008, after pledging to double the number of cyclists on its streets. And a 2020 survey by Komoot put Bristol at number eight in the list of best UK cities for cycling.

It’s not all rosy. More Bristolians might cycle than the UK average – 28% do so once per week rather than 20% – but this is no Amsterdam. Post-war urban planners added to the damage done by bombers with a road-focused rebuild that still sees thundering traffic in places. The city is on Britain’s west coast so it’s wetter, and its lumpy geography makes for challenging cycling outside the urban centre.

Best type of bike for cycling in Bristol

Bristol is hilly, and some parts are very steep indeed. Vale Street – in the appropriately named suburb of Totterdown – has an average gradient of 22%, making it the steepest residential road in the country. 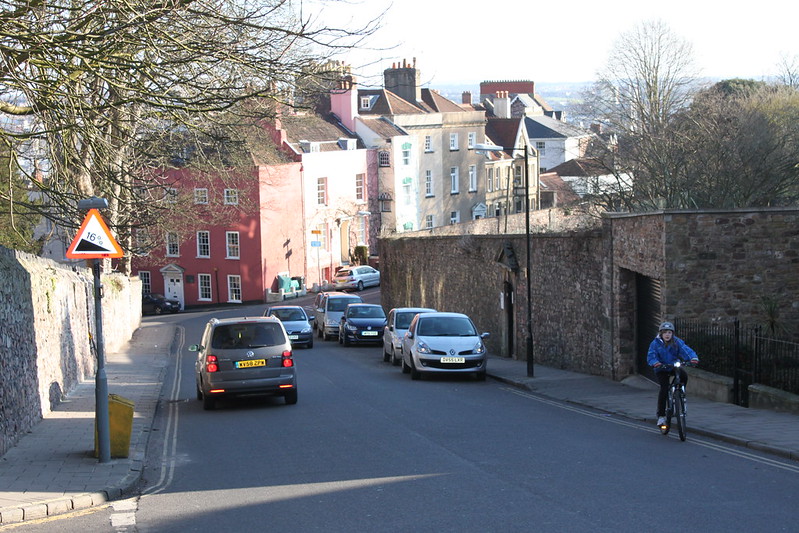 So for Bristol, a bike with low gears makes most sense. That means a bike whose smallest chainring is significantly smaller than the largest rear sprocket. Aside from mountain bikes with enormous cassettes, this is something you tend to find only on bikes with triple chainsets.

Bikes with triples include touring bikes and some hybrids. The flat handlebar of a hybrid provides a more head-up riding position that suits city cycling better. Flat bar bikes also have powerful hydraulic disc brakes at much lower price points than bikes with drops, and such brakes are ideal for all-weather riding in hilly areas.

The Cube Hyde, RRP £849, is a hybrid that ticks the boxes for Bristol. It has a bottom gear of 26/34, hydraulic disc brakes, and 55mm-wide tyres that will cushion rides over cobbles, rough towpaths, and even easy off-road trails when it’s dry. You’ll need to add mudguards and probably a rear rack for commuting; it has mounts for both.

A low-geared hybrid isn’t the only option. If your Bristol journeys won’t take you up many steep hills, a roadster might be fine. There’s even a fashion for fixed-wheel bikes in the city.

Cycling facilities aren’t limited to the Bristol and Bath Railway Path. There’s a partial network of cycle tracks and on-road cycle lanes. Navigating these isn’t as intuitive as following the city’s roads, so until you get to know them it’s worth using the route planner on the excellent Better By Bike website. The CycleStreets mobile app is also useful. 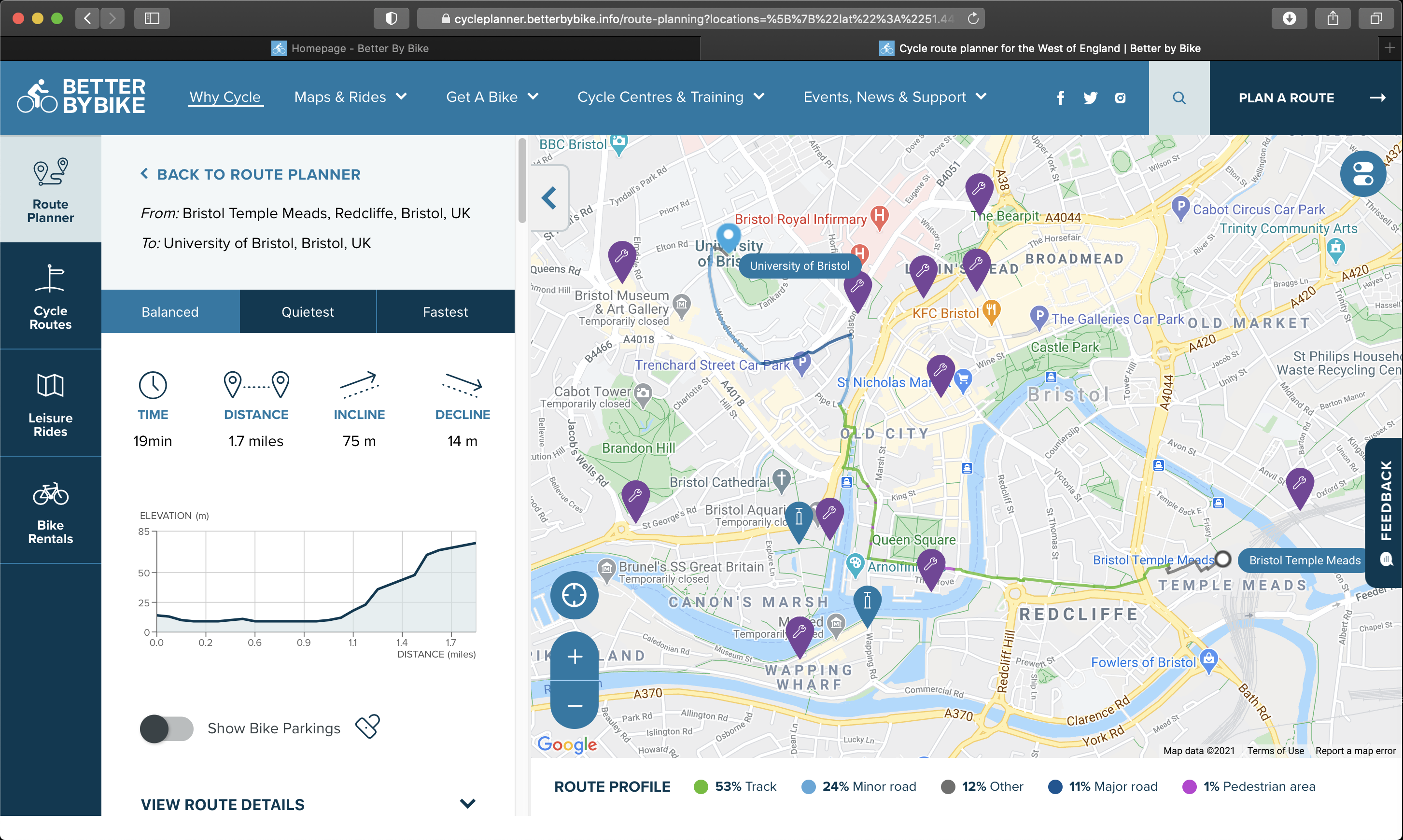 Rail travellers arrive close to the centre of the city at Bristol Temple Meads station. Cyclists: don’t join the busy road of Temple Gate. Instead, cross it and take the cycle track (NCN route 3). Short distance bike-rail commuters will soon have more options for travelling to Temple Meads, as stations are due to be reopened at Ashley Down, North Flinton and Henbury.

To take your bike on transport other than rail within Bristol you’ll need a folding bike, ideally a compact like a Brompton. Bristol’s First and Stagecoach buses both accept folders; Stagecoach requires the bike to be bagged. A bagged Brompton (or similar) is the only kind of bike that will go in taxis without argument. Likewise the ferries that ply the city’s waters.

The Better By Bike website has cycling guides you can download for free, covering everything from leisure rides to mountain bike circuits.

The first leg of the National Cycle Network, the Bristol and Bath Railway Path, is a flat, traffic-free walking and cycling route that runs just under 14-miles between Bristol and Bath. It’s suitable for any bike and any rider, and you can split the ride for drinks and snacks at Warmley or Saltford. 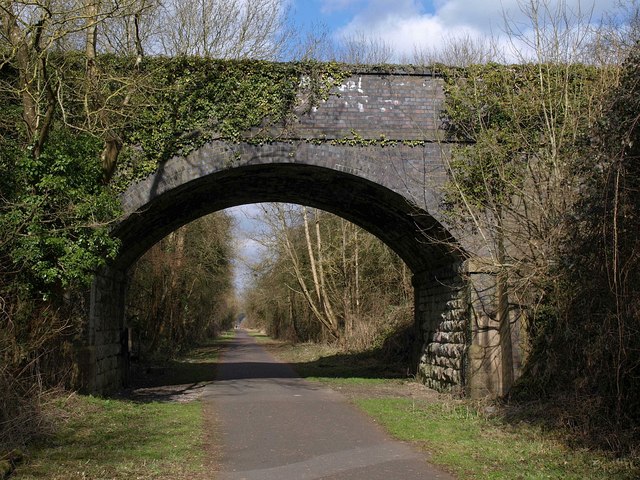 There are mountain biking venues in easy cycling distance of the city centre, just across the Clifton Suspension Bridge. Ashton Court has a café, bike hire, and two way-marked trails: a short red-graded route (‘difficult’) and a longer blue route (‘moderate’). There are more trails in nearby Leigh Woods and Fifty Acre Wood, all detailed in the Ashton Court MTB Trails Map.

Keeping your bike secure in Bristol

The flip side of cycling’s relative popularity here is that theft is also high. Bristol usually features in any top ten list of bike theft hotspots. Bicycle theft accounts for 2.2% of reported crime in Bristol; only Cambridge and London rank higher. There has been a recent spate of robberies on the Bristol and Bath Railway Path, so avoid riding this route alone at night.

Because your bike is at greater risk of being stolen, it pays to invest more in cycle security. If you’re going to leave your bike locked up anywhere around the city centre, use at least one lock rated Sold Secure Gold. Better yet, use two of different kinds: one D-lock, one chain. Security skewers for the wheels and seatpost should prevent parts theft.

You can find cycle parking around the city using the Better By Bike route planner. (It also shows on-street bike pumps!) Dedicated cycle parking should guarantee a secure anchor point for your lock(s), as well as offering some safety-in-numbers protection – less well-locked bikes are more likely to be stolen than yours. At your workplace, ask your employer to provide secure cycle parking if they don’t already.

Make sure that your cycle insurance covers your bike when it’s locked up outside your home.