A bike is one of the best ways to get around Scotland’s busy capital. Just watch out for those tram tracks.

Edinburgh has been Scotland’s capital since the 15th century, the seat of power shifting from the castle on its rock to the Scottish Parliament at Holyrood, which sits in sight of another volcanic crag: Arthur’s Seat. These two hills give the city its distinctive skyline. At street level, you’re surrounded by tall sandstone tenements and monumental buildings in the central areas of Old Town (originally Medieval) and New Town (Georgian).

While the Old and New Towns are a UNESCO World Heritage Site, their stone is partly blackened by fumes. Edinburgh’s nickname is Auld Reekie (old smoky); like smog-ridden London, it once had a high concentration of coal-fire heated homes. The city never had the heavy industry of nearby Glasgow, although it was a centre for printing, brewing, rubber works, and engineering.

These days Edinburgh’s economy is dominated by finance – it’s the UK’s biggest financial centre outside London – and tourism, for which it’s also second only to London. The cause of fumes in recent years is traffic: Edinburgh is one of the most congested cities in the UK.

The best type of bike for cycling in Edinburgh

The short answer: a bike with wider tyres. Edinburgh has many streets surfaced with cobbles or stone setts, which can be treacherous in the wet on high-pressure, narrow tyres and/or small wheels. Even the tarmac roads are badly damaged and potholed in places, thanks to a combination of heavy traffic and winter frost-cracking. And then there are the tram tracks on Princes Street and elsewhere. In all cases, wide tyres will cope better.

Edinburgh is a fairly hilly city. Like Rome, it’s sometimes said to be built on seven hills. It’s also know as ‘the windy city’, due to its position between the hills and the coast. For both hills and headwinds you’ll want some low gears. Good brakes are important too, for those times when you need to check your downhill speed with traffic all around you… and possibly cobbles under your tyres. Disc brakes, ideally hydraulic, are dependable. While Edinburgh isn’t as wet as Glasgow, which bears the brunt of westerly depressions, it’s still a typically damp UK city: mudguards are essential.

The Raleigh Redux 2 Disc (£559.99) would be a good choice. It’s a hybrid (really an urban mountain bike) with 47mm-wide 650B tyres that will be more comfortable and capable over cobbles and less likely to come to grief on tramlines. It’s equipped with hydraulic disc brakes and a 1x9 drivetrain. The gears are a little high but could easily be lowered by fitting a smaller chainring.

If you prefer drop bars and have a bigger budget, Whyte’s Glencoe v3 (£1,599) has the same size tyres, a superior specification that includes 1x11 SRAM Apex gearing, and a nicely Scottish name. Like the Raleigh, it doesn’t come with mudguards and a rear rack but can be fitted with them.

In common with most UK cities, Edinburgh’s cycling network is best described as ‘in development’. There is an active travel plan and cycling levels are rising, accounting for over 7% of journeys to work. Yet the network of QuietRoutes is still sparser than less confident cyclists would want. Campaign group Spokes produces a useful cycling map of the city, which at £6.95 is worth picking up.

Trams having been running in Edinburgh since 2014 on a 14km line between York Place (in Edinburgh’s East End) and Edinburgh Airport. Another 4.7km line is being built to Newhaven. Many cyclists have visited A&E after falls on the tramlines, either because they slipped on the tracks or their wheels became jammed. Take great care around the tramlines and never try to cross them at a shallow angle. The trams are cycle-friendly in one sense: two bikes are carried for free except during busy periods. That means peak commuting times in the morning and late afternoon and during events such as the Edinburgh Festival and Fringe in August. Folding bikes can be taken on the trams at any time.

Lothian Buses runs local services in Edinburgh. The standard of driving is high because drivers receive cycle awareness training, an excellent initiative that more bus companies would do well to follow. Only bagged folding bikes can be taken aboard.

Edinburgh has decent rail connections. It’s on the East Coast Main Line from London and, via Carstairs, also the West Coast Main Line. There are good links to Glasgow and to Dundee, Perth, and beyond. Edinburgh doesn’t have a large urban rail network like Glasgow but there’s still more than a dozen stations in the city. Most trains will take only two or three non-folding bikes, which includes e-bikes but not tandems or tricycles.

If you’re heading out of the city centre, there’s a fair selection of routes that are mostly or entirely traffic free. National Cycle Network (NCN) Route 75 takes you to the coast at Leith, loosely tracking the Water of Leith river. Follow it south and west instead and you can join NCN Route 754 for a day out to the Falkirk Wheel, 23 miles away. The rotating boat lift there is impressive, and there’s an adjacent café. You could continue on to Glasgow if you’re feeling fit. 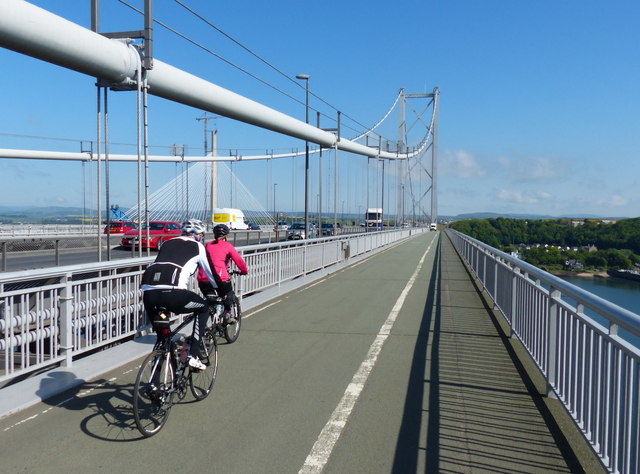 Head northwest on NCN Route 1 and you’ll end up at Queensferry. The iconic Forth Road Bridge is now a dedicated ‘public transport corridor’, open only to buses, taxis and motorcycles up to 125cc, with wide shared-use paths for cyclists and pedestrians. Private cars must now use the nearby Queensferry Crossing. Alternatively, you can follow NCN Route 1 east and south. Disused railway paths take you past Arthur’s Seat and out towards Musselburgh, before heading south to Dalkeith and Bonnyrigg.

For road cycling, there’s a dense network of smaller roads near the coast, so you can reach North Berwick or Dunbar to the east or Linlithgow or Cumbernauld to the west without jostling with the traffic on A-roads. The hills to the south have fewer routes, but the B7007 over the Moorfoot Hills will take you most of the 31 miles to Peebles in the Tweed Valley.

Peebles is also a great place to head to for mountain biking. Two of the 7stanes trail centres are practicality next door: Glentress has trails for all abilities, plus bike hire and a café, while Innerleithin has a challenging red-graded route and an expert-level downhill track.

Keeping your bike secure in Edinburgh

Bike theft increased by 18% across Scotland from 2020 to 2021. Edinburgh is the country’s bike theft capital, easily eclipsing nearby Glasgow. Of the thefts reported in the city, only one in 13 were solved. Cycle security is something you must take seriously in Edinburgh. 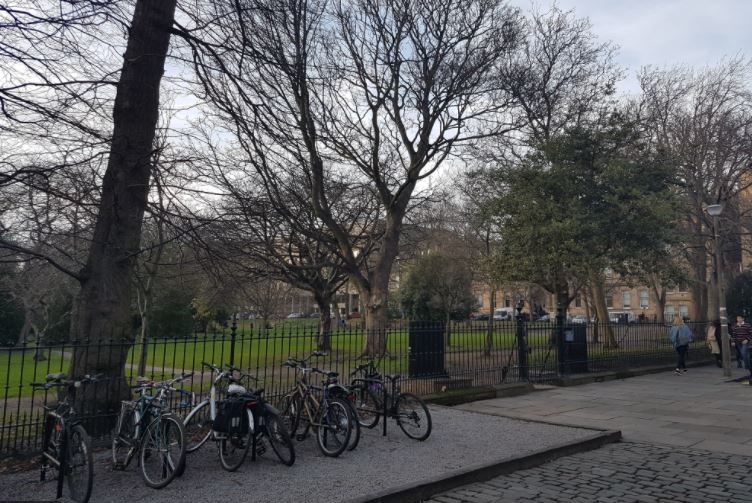