Leeds is the biggest city in Yorkshire and its unofficial capital.

Leeds grew as a centre for wool, textiles, and engineering, then suffered the post-war decline typical of the UK’s manufacturing cities. By the 1970s the clothing industry was unravelling in the face of competition from abroad, and the prospects for Leeds seemed bleak. Yet it now looks like a northern outpost of London, complete with high-rise office blocks and posh shops, having reinvented itself as (the council says) “a 24-hour European city” with a focus on culture, shopping, and service industries such as telephone banking.

The bad news for cyclists is that the transport network in Leeds has been slower to modernise. The council’s motto for the city was once ‘Motorway City of the 1970s’, and the car remains king. Leeds does have an aspirational cycling strategy: it aims to be the best UK cycling city by 2030. A lot of work to facilitate cycling and walking along The Headrow and surrounding streets has already been completed. Yet much of the city remains uninviting for cycling at best – and downright intimidating at worst.

The best type of bike for cycling in Leeds

Leeds is situated on the eastern foothills of the Pennines. That puts it in the rain shadow of the UK’s prevailing south westerlies, making Leeds one of the UK’s drier cities. Drier is relative, of course: you might not be cycling in waterproofs so often but just like anywhere else in Britain you’ll still want full-length mudguards for year-round commuting. 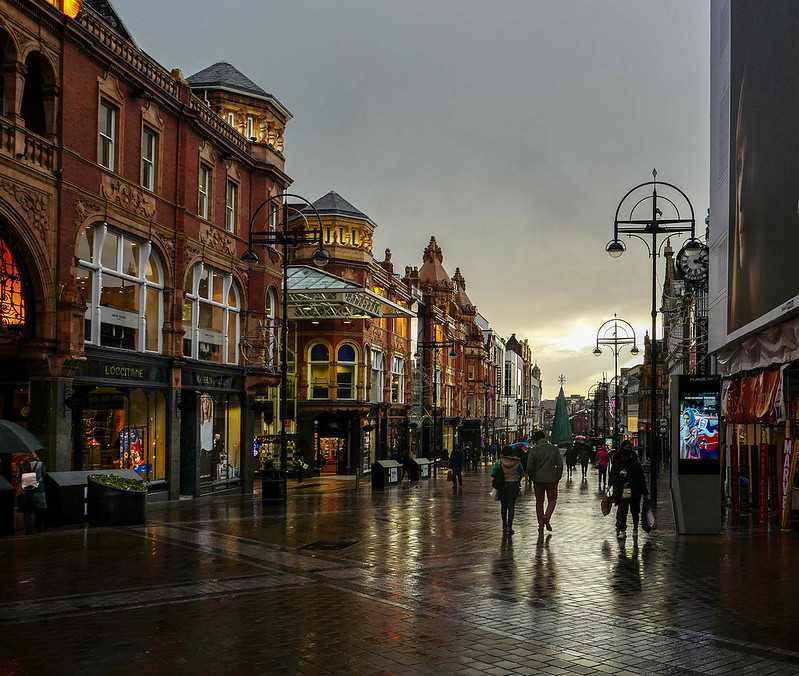 Leeds is fairly hilly, especially towards the outskirts. The climbs aren’t as punishing as those of Sheffield or Bristol but you’ll still want a reasonable range of gears. It’s not a good place for a fixie.

A hybrid of some kind is the best option. It’ll come with mudguard compatibility and will likely have at least eight gear ratios – and many more if there’s a double or triple chainset and a front derailleur. A hybrid’s flat handlebar suits the sometimes challenging traffic conditions in Leeds, providing a head-up riding position and brake levers that are always in immediate reach. Disc brakes, ideally hydraulic, are worth having for their dependable, all-weather performance.

There are lots of hybrids that tick these boxes. Specialized’s Sirrus 2.0 (RRP £649) is a good example. It has fittings for mudguards and racks, and is equipped with utilitarian 2x8 gearing and entry-level hydraulic disc brakes. Comfort should be good as the grips and saddle are from Specialized’s ergonomic Body Geometry range. You could swap the 32mm tyres supplied for 42mm ones if you wanted a better ride on towpaths and rougher roads. The Sirrus 2.0 comes in a wide range of sizes, including XXS.

Public transport isn’t great in Leeds. It’s the largest city in Western Europe without a light rail or underground network. That’s arguably why the car is so dominant, and why cyclists have long been marginalised.

In 2013, a group of experienced cyclists from Leeds Cycling Campaign rode around the city and blogged that they “found the experience deeply unsettling. Would someone new to cycling, or new to Leeds enjoy it? Absolutely not.”

Things have begun to change since then. There’s now a 14-mile cycle superhighway between Leeds and Bradford, mostly segregated. There are changes within the city centre, like along The Headway, and there are more cycle superhighways on the cards. Some journeys remain challenging, nevertheless.

Newer cyclists in particular would do well to plot journeys in advance. The West Yorkshire interactive cycle map shows cycle routes and parking. Or there’s the City Connect journey planner. For on-the-bike navigation, download a navigation app like Citymapper (link to apps article) and mount your phone to your bike’s handlebar or stem.

For journeys beyond the city, Leeds is well connected by rail. It’s on the East Coast line from London, the CrossCountry line between Aberdeen and Penzance, and the TransPennine line between Liverpool and the East Coast. Services typically carry only two or three full-size bikes; for details, visit the National Rail website. If you’re commuting into Leeds by train, a compact folding bike will make things considerably easier. Folders are also the only bikes carried by the First Group and Arriva buses in and around Leeds.

Family cycling in Leeds benefits from the Yorkshire Bank Bike Libraries in the city. Aimed specifically at families and children, they work like conventional libraries except that your library card lets you borrow a bike for free instead of a book.

National Cycle Network (NCN) route 66 runs right through Leeds. The section west from Leeds to Shipley (13 miles) is traffic free as it’s on the Aire Valley Towpath beside the Leeds and Liverpool Canal. It would make a fine family day out. Turn back part way or hop on the train at Shipley if 26 miles is too much.

Go east on the NCN 66 and you can soon peel off north onto NCN 677. This takes you, over half a dozen or so largely traffic free miles, to Roundhay Park, home to lakes, woodland, and tropical gardens. 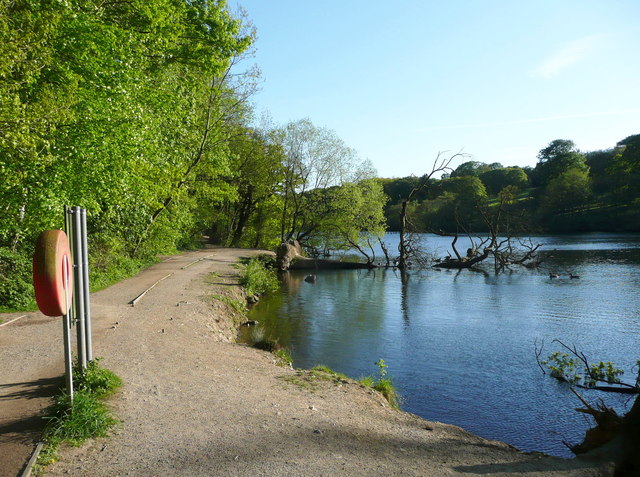 Middleton Park is another good destination. As well as miles of paved surfaces for relaxed family cycling, the park is also home to the Leeds Urban Bike Park. This has a BMX track, a pump track, and a range of graded mountain bike trails, from green (easy) to red (skilled). If you need to brush up your off-road skills, training is available at the Leeds Sailing and Activity Centre.

For road cyclists, Leeds offers access to some of the best cycling in Britain. This was showcased in 2014, when Leeds hosted the Grand Départ of the Tour de France. The Yorkshire Dales National Park is less than 20 miles from Leeds, and fit cyclists can enjoy day rides to Bolton Abbey or Pateley Bridge.

Keeping your bike secure in Leeds

Bike theft in Leeds is higher than the national average but nowhere near as bad as hotspots such as London and Cambridge. It’s ‘only’ in the top third, on a par with cities like Hull and Reading. Like most places, theft levels are worst in the city centre. Bike crime in Leeds peaks in October, when university terms begin.