Liverpool’s identity is rooted in its location on the Mersey Estuary.

Plans for a 600km active travel network could give Merseyside residents something previously only listed on a Beatles LP: a Ticket to Ride

Liverpool’s identity is rooted in its location on the Mersey Estuary. With access to the Irish Sea and beyond, it became one of the world’s busiest and most important ports: ocean liners departed; ships arrived with cargo and people from countries afar. The ferry across the Mersey was celebrated in Gerry and the Pacemakers’ hit song from the Sixties, a time when Merseybeat bands made it the centre of the musical world. And the estuary itself gives Liverpool bigger horizons, a feeling of openness, that cities inland often lack.

Liverpool’s history tracks the same economic trends as other northern cities: Victorian and Edwardian grandeur; postwar decline; industrial decimation; and finally renaissance. But its peaks and troughs are steeper. Liverpool’s wealth once vied with London’s, which accounts for iconic architecture such the Three Graces (the Royal Liver Building, the Cunard Building, and the Port of Liverpool Building) and the fact that the city has more museums and galleries than any UK city except London. Yet by the late Seventies and Eighties its unemployment rate was among the country’s worst.

Since the mid-Nineties there’s been regeneration. As well as boosting tourism – Liverpool is one of the Britain’s most visited cities – the urban landscape is slowly changing to facilitate cycling and walking. The City Council aims to make Liverpool “the fastest growing city for cycling” in the UK. Plans are underway for a 600km MetroActive Network of cycling and walking routes across the city region.

The best type of bike for cycling in Liverpool

Away from the waterfront, Liverpool is hillier than you’d think. While the hills aren’t big or steep, you’ll likely want some gears on your bike. A 1x setup, with a single front chainring and a rear derailleur, is sufficient, as is a wide-range hub gear, but don’t discount bikes with front derailleurs. 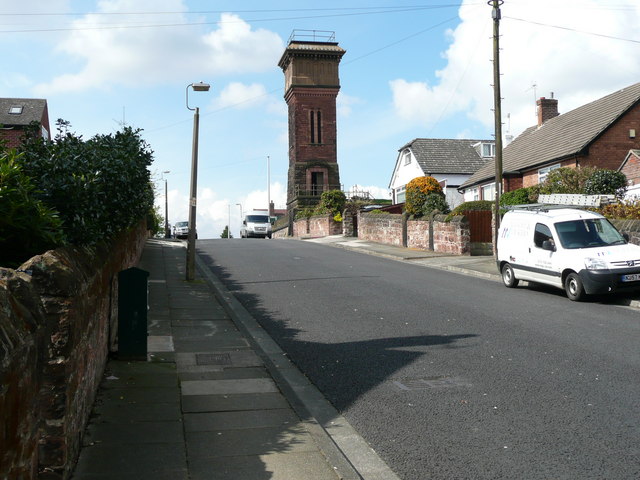 Mudguards are essential. Being on the west coast, Liverpool has more rainy days than the already soggy UK average: all months typically see 10-15 days with some rain, and the city just squeezes into the UK’s top ten wettest. This dampness makes disc brakes useful for year-round commuters, as they work more consistently in the rain. Since you won’t be screaming down steep hills, however, you can readily get by with decent rim brakes.

In some cities you need a folding bike to take advantage of public transport. Not so in Liverpool: conventional bikes are welcome, free of charge, on Merseyrail trains and the ferries. A hybrid is thus a better choice for getting around Liverpool.

Which one to choose depends on how much you want to spend. With an RRP of £399, the B’Twin Elops Hoprider 100 is excellent value for money. It comes with key accessories for commuting and recreational cycling: mudguards, rack, and dynamo lighting.

The Giant Escape 2 City Disc (RRP £649) is lighter and has nicer components, such as a better quality 2x8 drivetrain and hydraulic disc brakes, but misses out on dynamo lighting. Both the B’Twin and Giant are available with step-through frames; the ‘Giant’ is called the Liv Alight 2 City Disc.

Liverpool’s proposed cycling network is pleasingly ambitious: 600km of routes on segregated cycle tracks and quiet streets that reflect cyclists’ ‘desire lines’ (the journeys cyclists make and want to make) and that join up with public transport. That’s so much better for cycle commuters and other transport cyclists than meandering recreational routes. It is, of course, a work in progress. You can download current cycling maps of the areas that make up the Liverpool City Region from the Merseytravel website.

Liverpool has a modestly sized cycle hire network, citybike, which has both e-bikes and conventional bikes. Once you’ve registered you can rent them on a pay-as-you-go basis (25p per 15 min or £10 day for a conventional bike, twice that for an e-bike) or through an annual fee (£60 for pedal bikes, £90 e-bikes). The rental bikes are mostly clustered around the city centre. 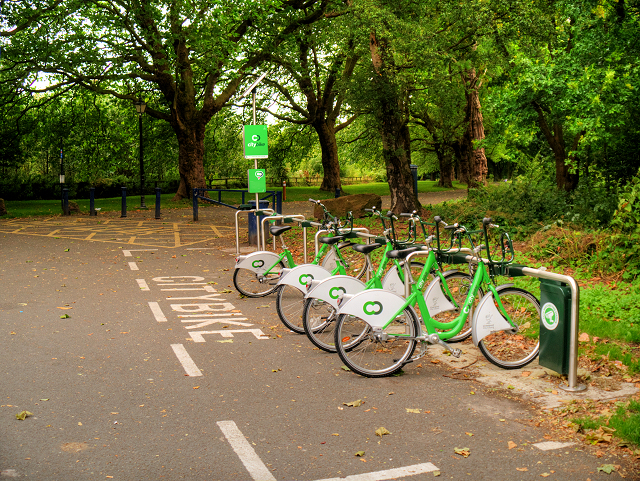 Merseyrail’s urban train network is the busiest outside London. It includes underground stations in central Liverpool and Birkenhead and overland stations in towns and suburbs throughout the Wirral Peninsula and northwards to Southport and Ormskirk. All Merseyrail trains carry bikes (designated areas only) for free, without a reservation, though you may be asked to wait for the next train at busy times or prohibited when special events are on. Cycle parking facilities at stations are much better than most: they’re under cover, have CCTV, and are accessed by a security fob.

Mainline rail connections are good to other English cities but cycle carriage varies by operator. The National Rail website (https://www.nationalrail.co.uk) has details. When you plan a route online and select a journey, hover your mouse over the bicycle icon (under ‘Additional info’) to read bike carriage restrictions. The National Rail app includes similar info under ‘Travelling with bicycle’.

Mersey Ferries carry bikes for free, without a reservation. They advertise having “plenty of space on the low deck for bikes.”

Buses in Liverpool are operated by Arriva and Stagecoach. Most services only carry folding bikes, and only if they’re bagged. Stagecoach coaches (as opposed to buses) generally carry full-size bikes in the luggage compartment, albeit at the owner’s risk.

Some of the best views of the city, and of Birkenhead across the Mersey, can be had from the traffic-free cycle tracks on the waterfront. Sustrans NCN Route 56 runs on both sides of the estuary: between Liverpool Festival Gardens and the Liver Building on the east bank, and from Seacombe to New Brighton on the west bank. Keep going from New Brighton and you can join up with NCN Route 89 to explore the other side of the Wirral Peninsula.

The mostly traffic-free Trans Pennine Trail starts north of Liverpool in Southport. It goes all the way across the country to Hornsea, near Hull, but can be ridden in short sections for days out. Southport is about 20 miles away and you could make the return journey by Merseyrail train. Another good long-distance route is the Leeds and Liverpool Canal towpath. An off-road capable bike is best for that. 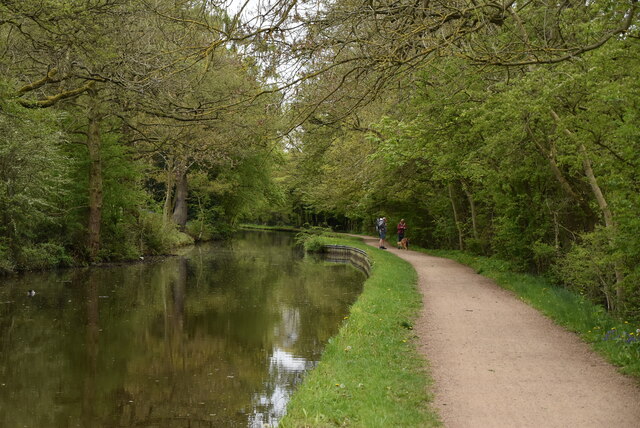 Liverpool itself has few options for mountain biking but there’s a pump track in Everton Park and a BMX track in Huyton. North Wales is close enough for transport-assisted weekend mountain bike rides. Road cyclists may also want to head that way; the Wirral and north Cheshire are also in easy reach.

Keeping your bike secure in Liverpool

Liverpool is only a little worse than average for reported bike thefts in England and Wales. It’s comparable to cities such as Cardiff and Hull as opposed to hotspots like London and Cambridge. Thefts are highest in the city centre area in general, but it pays to take precautions wherever you park your bike.