Did you know more bikes used to be made in Nottingham than anywhere in the world.

History and legend are intertwined when it comes to Nottingham’s best-known figure, Robin Hood. The outlaw himself may be a myth or a composite creation but there really is a castle, once occupied by a Prince-John-supporting Sheriff of Nottingham, and you can cycle through Sherwood Forest and visit an impressive tree Robin was said to camp beneath with his men: the huge, thousand-year-old Major Oak.

Nottingham also has a key role in a different story: bicycle manufacturing. The  Raleigh Bicycle Company was founded in the city in 1886, followed by hub gear firm Sturmey-Archer in 1902. In the early 20th century Raleigh was the world’s biggest bike manufacturer. Bikes continued to be built in Nottingham until 2003, when all production shifted abroad. While Raleigh’s HQ remains in the city, these days the bikes are imported, as are Sturmey-Archer components (now made by Taiwanese company SunRace).

The familiar UK story of manufacturing decline also hit Nottingham’s other and older industry, lace making. The only reminders that it was once a world leader in the trade are the buildings and place names, like the Lace Market. Nowadays Nottingham’s economy is built more on retail and office jobs. Several big companies are based here, such as Boots, Games Workshop, Speedo, and Specsavers. It’s also a centre for digital media and for life sciences.

When it comes to transport in general and cycling in particular, Nottingham’s score card is mixed. Thanks largely to an efficient bus service and a recently built tram network, it was named the least car dependent city in England by the Campaign for Better Transport. On the other hand, the World Health Organisation found that it had among the worst levels of air pollution in the UK. The cycling infrastructure, meanwhile, is a work in progress. The City Council is at least honest about this: “Nottingham has an ambition to be a cycle city,” their website says, “but we know not all our cycle paths are perfect.” 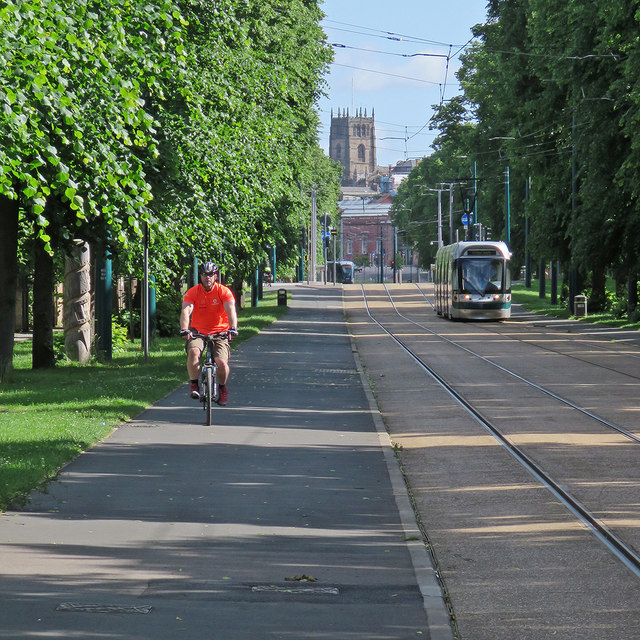 The best type of bike for cycling in Nottingham

Nottingham is built on area of low hills around the River Trent. The terrain is undulating rather than genuinely hilly. Fit riders might get by with a singlespeed; most will want more gears. A 1x setup with a single chainring and a rear derailleur should be sufficient.

Skinny tyres are best avoided if you’ll regularly be riding where the tram tracks are. It’s easy to come to grief on a bike on metal rails, especially when they’re wet. And Nottingham is a typically damp UK city. There’s no rain shadow from Britain’s prevailing south westerlies because the Pennines are northwest of Nottingham.

There are lots of wider-tyred hybrids that would work well. One good one is the Cannondale Treadwell EQ Remixte, which has an RRP of £900. It comes with 47mm wide tyres, 1x9 gearing, hydraulic disc brakes, and useful commuting kit such as mudguards, a kickstand, and a front platform rack for your bag; a rear rack can be fitted too. It’s lightweight for a comfortably upright bike so can be carried up steps if needed, and the aluminium frame has rubbery bumpers to prevent paint damage when parked. The Treadwell is also available with a top tube and in various other spec options, including electric assist models.

Like most UK cities, the majority of Nottingham’s cycling network is “suggested quiet roads” (i.e. backstreets). Yet it also has quite a lot of shared cycling-and-pedestrian routes through the parks, along the River Trent, and beside major roads like Valley Road (A6514). You can view the cycling map online or ask the council to send you a paper version in the post .

The Transport Nottingham website is more helpful than those produced by most city councils. As well as information on bike hire and parking, which you’d expect, the website allows you to report cycling problems on roads and cycle paths so the council can fix them. There’s even a journey planner, which looks like it uses Google Maps data. While Nottingham City Council undoubtedly has more to do for cyclists, it seems to be at least listening to the city’s cycling campaign group, Pedals. 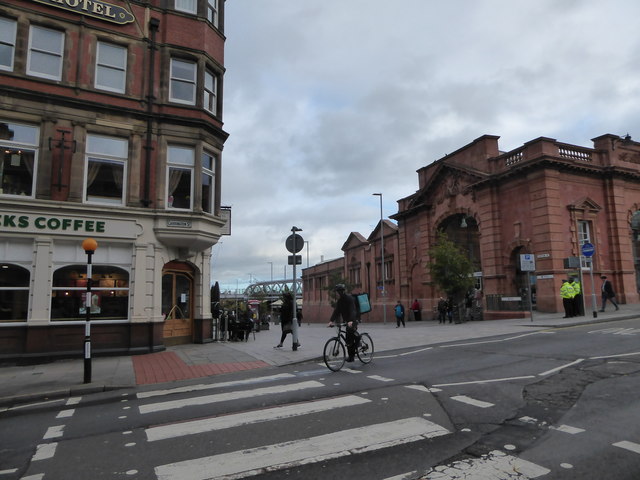 Nottingham’s tram network runs roughly north-south through the city, with a spur out west to Toton. Nottingham Express Transit, which runs the trams, acknowledges the risks that the tracks create for cyclists and suggests ways to mitigate the danger, such as crossing them at 90 degrees. If you are unlucky enough to fall off, you can report the incident on the Pedals website.

Nottingham used to be an important rail interchange. It’s still fairly well connected: it’s on the Midland Main Line to London, and is also served by Cross Country and Northern trains. Then there’s the Robin Hood Line to Worksop, a rare example of a railway line returning to passenger service duty after the Beeching cuts.

Cycle carriage varies by operator. The National Rail website has details. When you plan a route online and select a journey, hover your mouse over the bicycle icon (under ‘Additional info’) to read bike carriage restrictions. The National Rail app includes similar info under ‘Travelling with bicycle’.

Nottingham has some decent family cycling right on its doorstep. The Visit Nottinghamshire website has a good list. Two of the better options are the Ancient Sherwood Route and Adventure Pines Route. Aside from a few road crossings they’re traffic free, being on bridleways and cycle paths. As such, mountain bikes, wider-tyred hybrids, and gravel bikes would be the best choices for riding them. Each route is about 20 miles long but they’re both fairly flat and there are plenty of stop-off points. 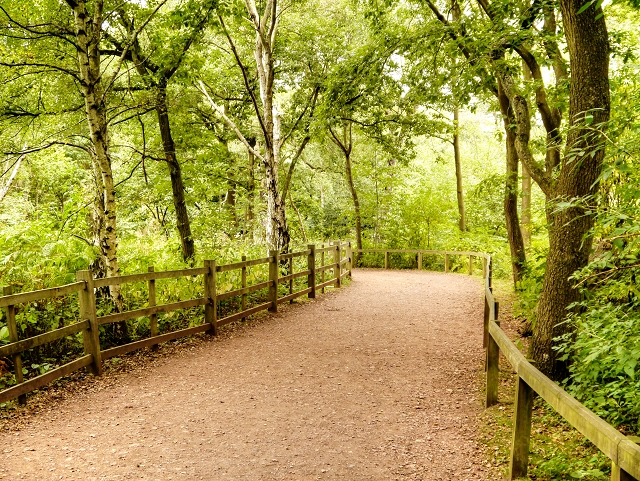 The Vale of Belvoir has lots of quiet lanes for road cyclists to weave into loops. Get a copy of OS Landranger 129 to investigate the options. If you’d prefer to follow directions, head north to Worksop on NCN route 6. It’s a largely traffic-free route that passes through Sherwood Forest, and you could take the train back. Another good day-ride is the Hucknall-Derby-Hucknall Cycle Route: 56 miles, taking in Derby and the area’s rivers.

Keeping your bike secure in Nottingham

Bike theft is relatively high in Nottingham. By the post code areas of England and Wales, it’s in the top third. Thefts are concentrated around the city centre and the universities, so be especially careful with your bike security in those areas.