Cycling and the law 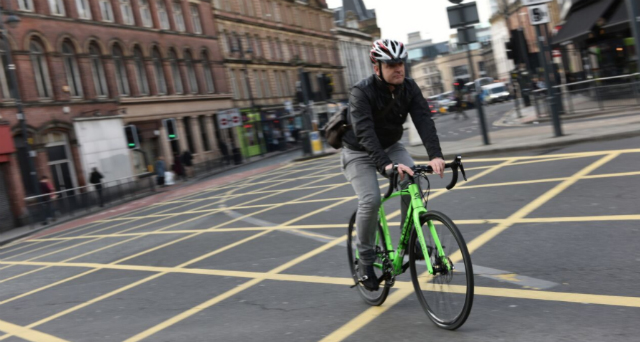 Not all laws for motorists apply to cyclists, and there are other laws that apply only to cyclists. Here are some examples that might surprise you…

The Highway Code is a combination of road traffic law and a suggested code of conduct for all road users. Where the words MUST or MUST NOT are used, it’s law. Where those words aren’t used, it’s advice. If you ignore this advice, however, it might be used as evidence of liability if you have an incident. Even if you don’t have an incident, that ‘not illegal’ action may be wholly inadvisable. But it’s important to know where you stand in law.

1. Your bike doesn’t need an MOT, just working brakes
It makes sense to ride a well-maintained bike but to be road legal it just needs functional brakes. The Pedal Cycles (Construction and Use) Regulations 1983 demand independent brakes acting on the front and rear wheels. A fixed-wheel drivetrain counts as a brake, so fixies are legal with just a front brake. If the cycle’s seat can’t be raised over 635mm from the ground or if its cranks attach directly to the drive wheel (penny farthing, unicycle, child’s trike) only one braking system is usually required.

2. With the wrong pedals, your bike is illegal to ride at night
As well as lights, a bike ridden between dusk and dawn must be fitted with a red rear reflector and, unless manufactured before 1/10/85, amber pedal reflectors (Rule 60). Most clipless pedals and some others are thus illegal for nighttime use. Will you get prosecuted? No. But if you were involved in a incident at night, a lawyer might use this against you.

3. It’s not against the law to cycle on footpaths
What about Highway Code Rule 64 that says ‘You MUST NOT cycle on a pavement’? Here’s the thing: a pavement is not a footpath but a ‘footway’ - a path alongside a road reserved for pedestrians. Footpaths are standalone paths with no road alongside. Unless a local bye-law or traffic regulation order says otherwise, it is not a criminal offence to cycle on one. It’s a civil matter between you and the footpath’s owner. Their normal recourse would be to ask you to leave. 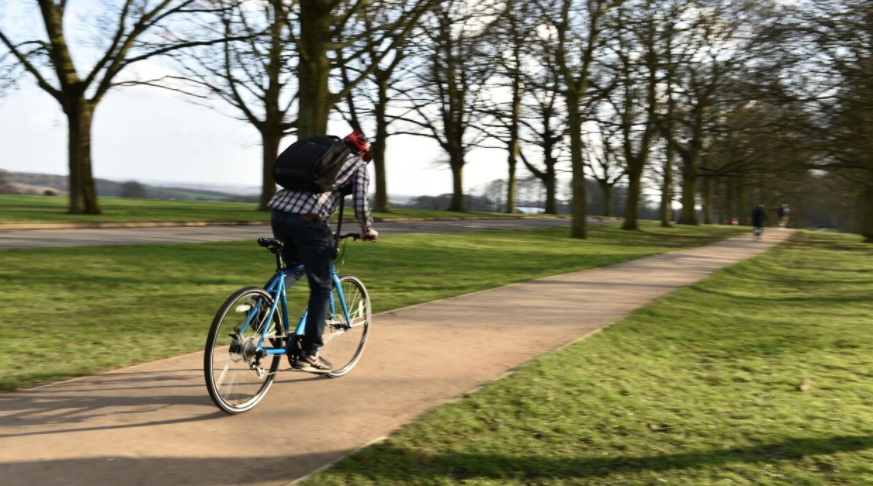 4. Speed limits don’t apply to cyclists
Speed limits are designed for motor vehicles. Rule 124 of the Highway Code sets limits for various vehicles, which MUST be complied with. Bicycles are not included. While you can’t normally be charged for speeding on a bicycle, you could be charged for careless cycling instead. Furthermore, local bye-laws can impose limits on cyclists. For example, the 20mph limit in Richmond Park in London applies to cyclists as well as motorists.

5. Cyclists are exempt from breathalyser laws
Highway Code Rule 68 says you MUST NOT cycle while under the influence of drink or drugs. You can be fined if you do, although points cannot be added to your driving licence. A specific level of intoxication is not set for cyclists; cyclists are not obliged to accede to breathalyser tests. The requirement is that the cyclist not be ‘under the influence of drink or a drug to such an extent as to be incapable of having proper control of the cycle.’ This would be determined by a police officer observing that you can’t ride in a straight line, you smell of booze, etc.

6. You can be registered blind and still cycle
‘Registered blind’ doesn’t necessarily mean ‘no vision’, so this isn’t as daft as it might sound. Your partial sight might be sufficient for cycling’s lower speeds (and quieter roads and cycle tracks?), even if driving is impossible, giving you much-needed independence. You get to be the judge of your competence: unlike drivers, you don’t have to be able to read a numberplate at a distance of 20 metres (Rule 92), with or without glasses/contact lenses. (If your vision isn’t good enough for solo cycling, tandem cycling with a sighted companion is an option.)

7. Cyclists can ride side by side
The Highway Code (Rule 66) says that you should 'never ride more than two abreast'. It’s interesting that it says should and not must, which suggests that more than two abreast is legal but not advised. In any event, two abreast is officially endorsed. Given that two cyclists abreast take up less space than a car, it won't affect drivers who overtake in accordance with the Highway Code’s Rule 163.

8. You’re not obliged to use that roadside cycle lane or cycle track
Some drivers might not like it, but there’s no obligation for cyclists to use cycle lanes (on roads) or cycle tracks (separate from the carriageway). ‘Use of these facilities is not compulsory and will depend on your experience and skills’, says Rule 61. It’s just as well, because some UK bike paths aren't fit for purpose.

9. You can carry passengers… sometimes
Rule 68 says ‘You MUST NOT carry a passenger unless your cycle has been built or adapted to carry one’. Quite how the bike is ‘built or adapted’ is not specified. A childseat is fine. A cargo bike should be too. But you’re not allowed to give your mate a ‘backy’ on a normal bike.

10. Some e-bikes are bicycles, some are mopeds
Ordinarily, an e-bike in the UK (Find out more) can be ridden anywhere a bicycle can go by anyone aged 14 or over, and there’s no legal requirement for a licence, insurance, or a helmet. That’s assuming the motor is no greater than 250W and ceases to offer assistance when your speed exceeds 15.5mph. If the motor is more powerful or the assisted-speed is higher, it’s a moped: you need to be 16 or older to ride it, must wear a motorcycle helmet, and must tax and insure the e-bike as a moped.

Guest blog: Bikmo - 5 checks to get your bike ready for spring

As the weather starts to improve, Bikmo, our official cycle insurance provider, shares their top...

Cycling can change your mind on Mental Health Awareness Week