Is it legal to use your phone on your bike?

Holding a phone to your ear while cycling isn’t against the law. That doesn’t mean it’s a good idea. Here’s how to stay safe while staying connected.

The same penalties apply to motorcyclists. They don’t apply to cyclists – or, for that matter, pedestrians. Cyclists (and pedestrians) present relatively little risk to others. Phone-distracted drivers have directly caused or contributed to a tragic toll of injuries and deaths on Britain’s roads, hence the legislation. Phone-distracted cyclists have not. That doesn’t mean cyclists get a free pass.

Rule 66 of the Highway Code says: “You should… avoid any actions that could reduce your control of your cycle.” This isn’t law, which in the Highway Code is signified by the use of the words MUST or MUST NOT. But if you were involved in an accident while riding one-handed, phone pressed to one ear, it could be used as evidence against you in court.

And there’s more. Rule 68 says: “You MUST NOT ride in a dangerous, careless, or inconsiderate manner.” Riding one-handed while talking on a phone (or taking a video call, or texting, or playing Bubble Witch Saga…) could very easily be deemed careless. The maximum fine for that is £1,000.

Any careless cycling case would be judged on its circumstances. The riskier your behaviour was, the more likely you’d be found at fault. Cycling in a controlled manner along a deserted cyclepath or canal towpath? You’re unlikely to be noticed, let alone charged. Wobbling through rush-hour traffic? If you’re charged, you’ve only yourself to blame. 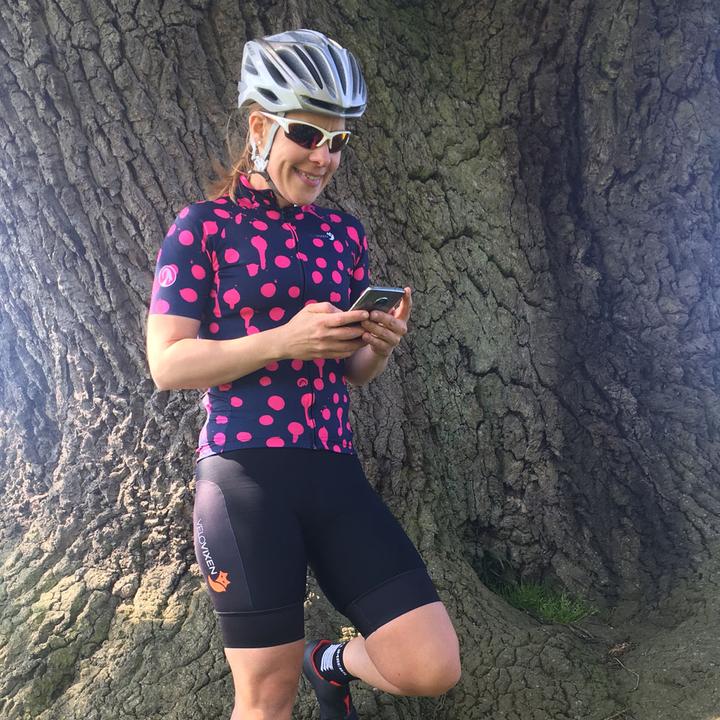 Cycling with a phone in one hand carries another significant risk: you might drop your expensive gadget into the road/undergrowth/canal as you hurriedly fumble it out of your pocket and try to navigate its touchscreen. That could cost you hundreds of pounds.

If your phone rings when it’s in your pocket, the most sensible thing is to leave it there. Let it go to voicemail. Get used to ignoring it while cycling or set it to silent mode before you set off.

If your phone keeps ringing or buzzing and you don’t feel comfortable ignoring it, stop and dismount when you can do so safely, then call back. One big advantage cyclists have over drivers is that it’s easy to pull over at short notice. Drivers don’t have this luxury… not even with their hazard lights blinking!

Hands-free phone use is the only legal option for drivers. For cyclists, it’s the safer and more practical option. The obvious place to put your phone is on the handlebar or stem. There are lots of mounts designed for this – for example, from Quad Lock and SKS. 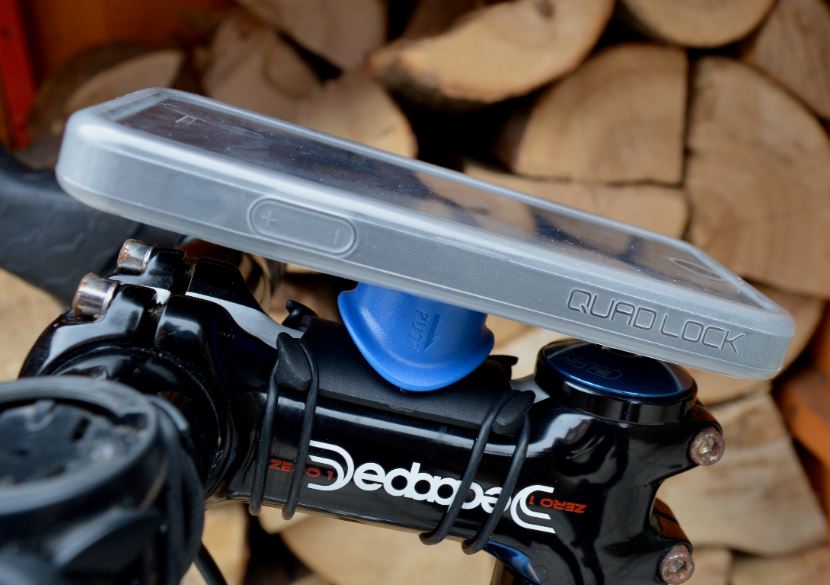 Such mounts are primarily designed so that you can use your phone as a GPS bike computer or as a satnav. As a bike computer, you can just leave it running; you shouldn’t need to meddle with it on the move. For navigation, you’ll likely want audible instructions as well as a line on a map. You don’t need headphones (see below): just turn up the volume so you can hear the turn-by-turn directions over background noise.

A phone on your handlebar or stem can also be used for taking and making calls – with some caveats. Receiving a call ordinarily requires you to press the touchscreen, which is a little distracting (and near impossible in most gloves). Making a call is more distracting still; you can’t just press the green icon. To be genuinely hands free, set up voice activation (Google Voice or Siri). Bear in mind that even hands-free calls take up some of your attention, which might be better focused on the road users and environment around you. Wind noise can be an issue too.

Don’t tap out text messages while cycling. It’s surely impossible to cycle anything other than carelessly while texting. If you really need to send a text, dictate it. Again, you’ll want Google Voice or Siri for this.

Using headphones or a Bluetooth earpiece while cycling isn’t illegal, whether you’re listening to a phone call or your favourite tunes. That doesn’t mean it’s a good idea. Rule 67 says: “You should… be aware of traffic coming up behind you, including other cyclists.” Hearing is a sense that cyclists depend on more than drivers. We’re not sealed off by windows, and most of us don’t have mirrors on our vehicles. If you’re going to use headphones or earpieces, don’t put them in or over both ears; leave at least one ear free. Alternatively, use bone conduction headphones which don’t block the ears.

One final warning for e-bikers: if your e-bike doesn’t meet the relevant legislation on electrically-assisted pedal cycles (EN15194), you could receive six points on your driving licence and a £1,000 fine if you use a phone while cycling. That’s because an e-bike capable of an assisted speed greater than 15.5mph or a maximum sustained power output greater than 250W is not a bicycle in UK law – it’s a motorbike.