Your smartphone is an excellent cycling accessory. Here are ten of the most useful apps for the day-to-day commuter.

For some of these bike apps, you'll need to mount your phone to your bike's handlebar or stem where it's visible and audible. Quad Lock is easy to use and secure, while the SKS Compit+ has an auxiliary battery to stop your phone running out of power, which is very useful for longer rides. 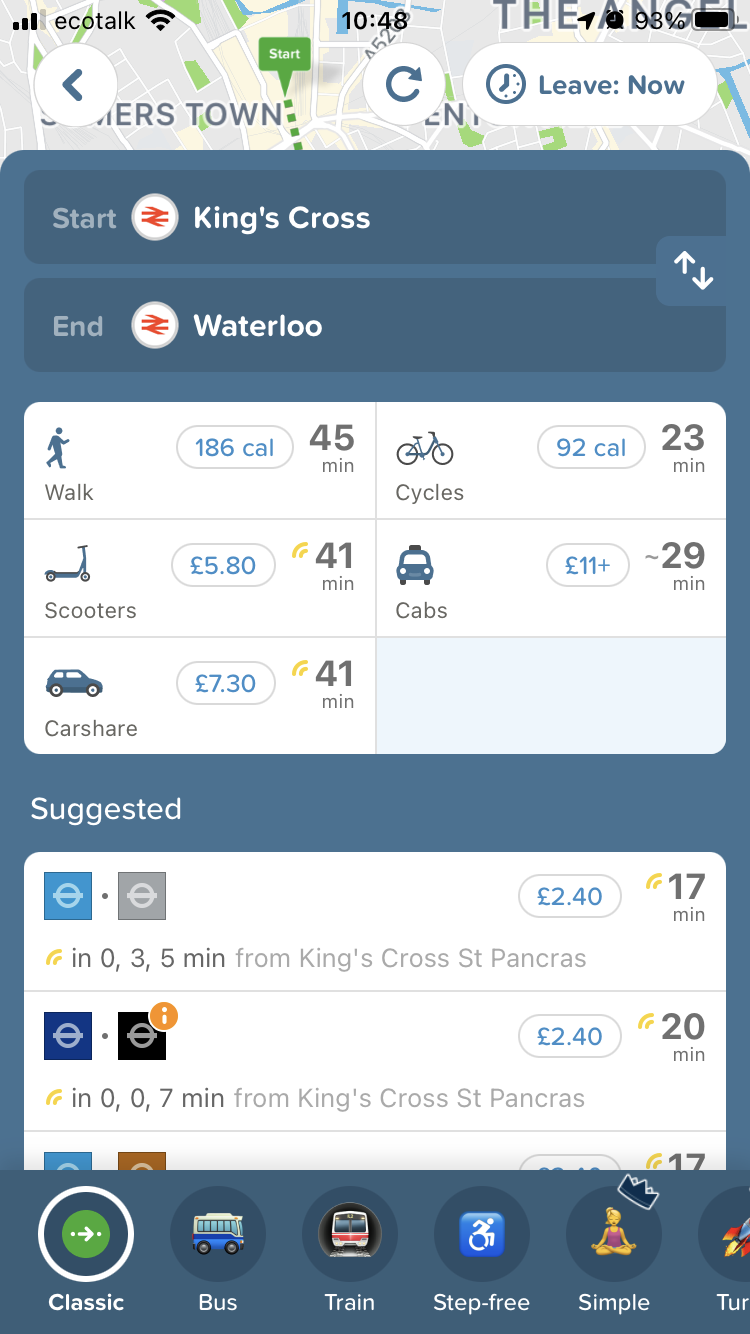 An excellent app for finding your way in urban areas, Citymapper is a journey planner that generates routes and travel times for cycling, walking, and public transport so you can compare your options. That’s handy for the traveller who might choose between a Santander hire bike and the Tube in London (hire bike locations are shown), but it’s well worth using even if you’ll always go by bike. You can choose between quiet, regular, and fast cycling routes, and each provides turn-by-turn navigation with a map and satnav-style audio instructions. Don’t be put off by the need to set a home city in the app: they’re very loosely defined (‘Newcastle’ still works 100 miles away in Scarborough!) and you can toggle between different cities. 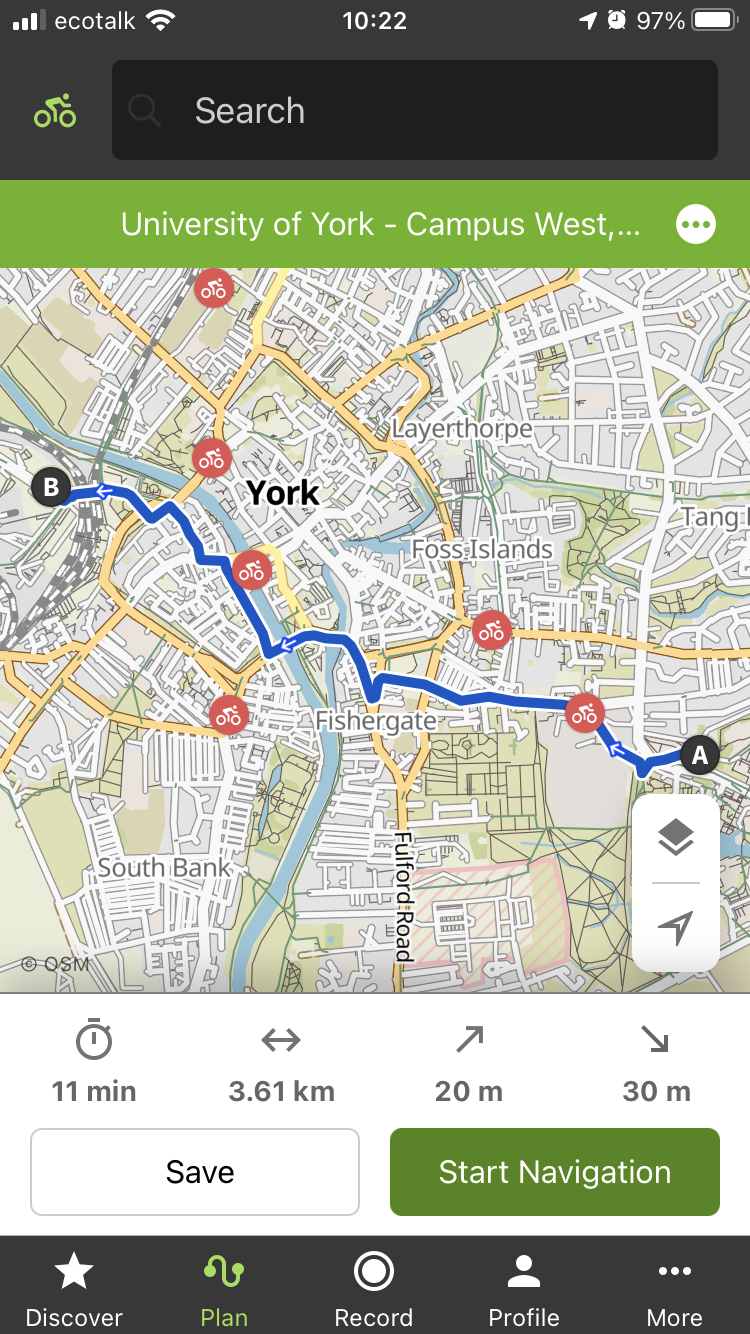 Komoot is primarily an app for recreational riding and exploring, offering an intuitive way to plot – and then follow – routes on your road bike, gravel bike, or mountain bike. Bike choice influences the routes Komoot recommends: it won’t send you down a mountain bike trail on your road bike. Komoot can also handle the daily commute. Just plot your route and then follow it to work. Even the free version gives you a map to follow. For turn-by-turn audio instructions, as well as offline mapping, spend £3.99 on a Single Region Komoot Map. The Premium version of Komoot (£4.99/month) offers more extra features, such as live tracking, which enables you to share your location with family or friends. 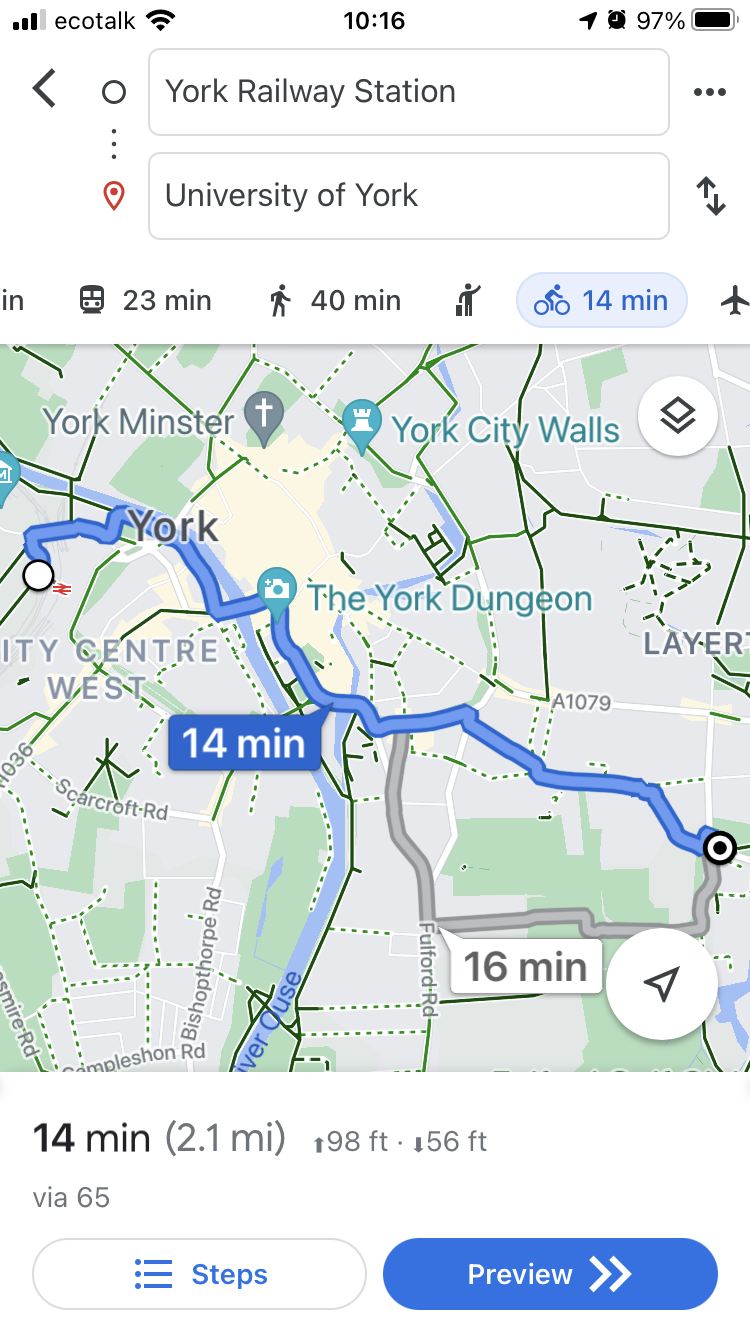 When you’re in a different city or a part of town you don’t know well, Google Maps will quickly and reliably tell you where you are, what’s around you, and how to get somewhere. The cycling element of its journey planner is hit and miss: sometimes it’ll put you on a busy road when there’s a much better backstreet alternative. But it does provide on-the-fly, satnav-style mapping, turn-by-turn audio instructions, and realistic journey times. It’s worth keeping on your phone for those occasions when you need to be somewhere at a specific time and don’t know the way. Google Maps won’t necessarily pick the best route but it will always get you there. 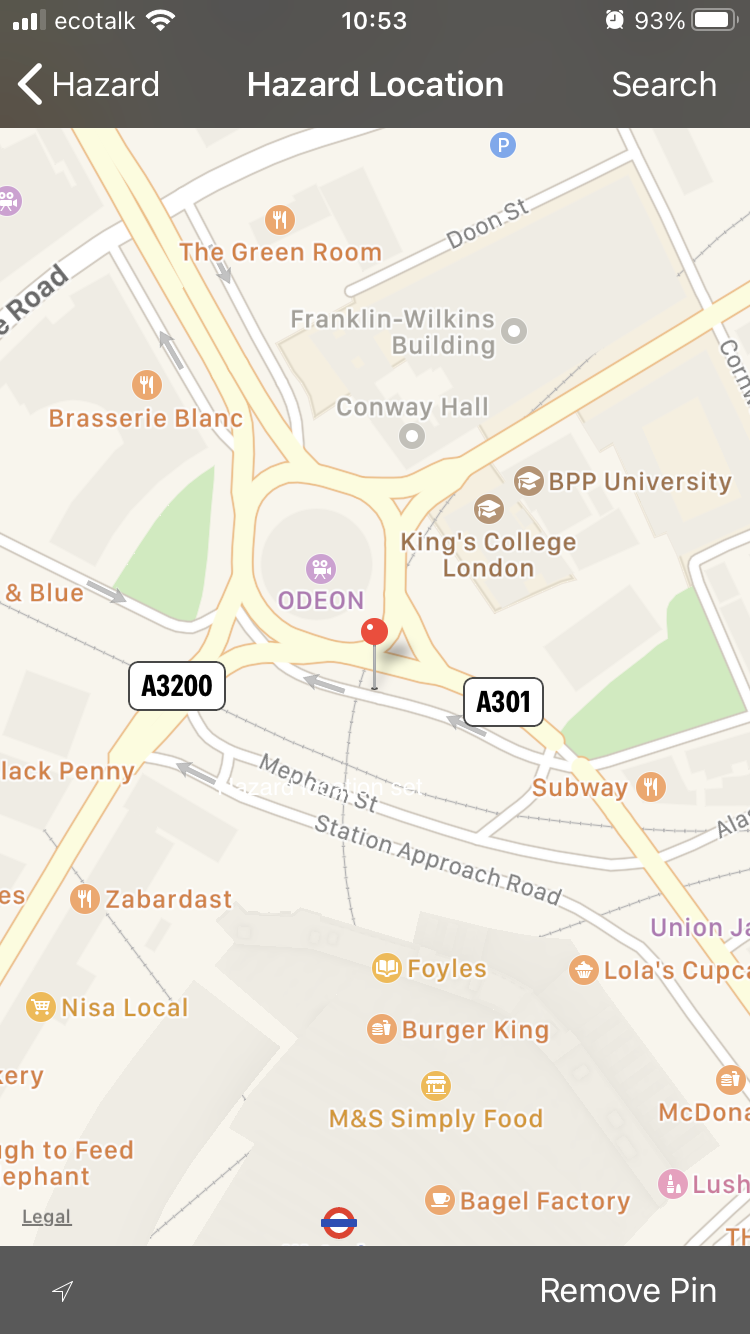 Potholes and other road defects like protruding drain covers are a pain for cyclists – sometimes literally, as they cause crashes. There’s an average of one defect for every 110 metres of road, according to Cycling UK. Councils are obliged to fix these hazards, but only if they’re made aware. This app gives you an easy way to notify them. Your phone’s GPS pinpoints the road defect on a map and its camera provides visual evidence. The app does the rest, notifying the council on your behalf. It takes moments. Councils have an incentive to fix known defects as they can’t claim ignorance in future compensation claims. 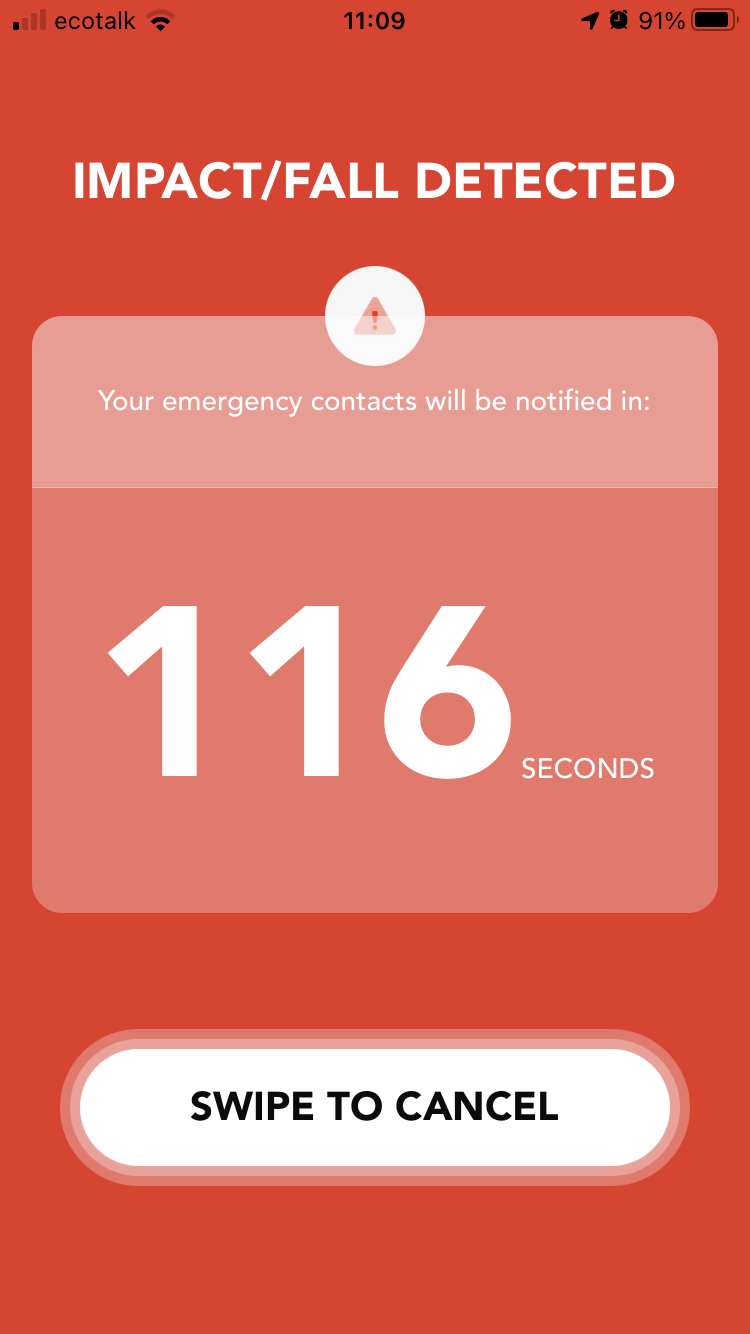 Busby is a personal safety app that uses the sensors in your phone to detect if you fall off your bike or suffer a similar incident. After it’s happened, the app asks if you’re okay. If you don’t respond within a set time – 30 seconds by default, but you can change this – the app sends your exact location to a pre-selected emergency contact. The app also has a feature called GroupSafe, which alerts all cyclists in a group if one member has an incident or gets too far from the others. All group members need the app, of course, and at least one needs the paid-for premium version (which also offers other features).

Cycleschemers are in luck as Busby is a valued partner who kindly offer 50% off the annual membership fee. Usually £19.99, the 50% discount lets you pay just £9.99. 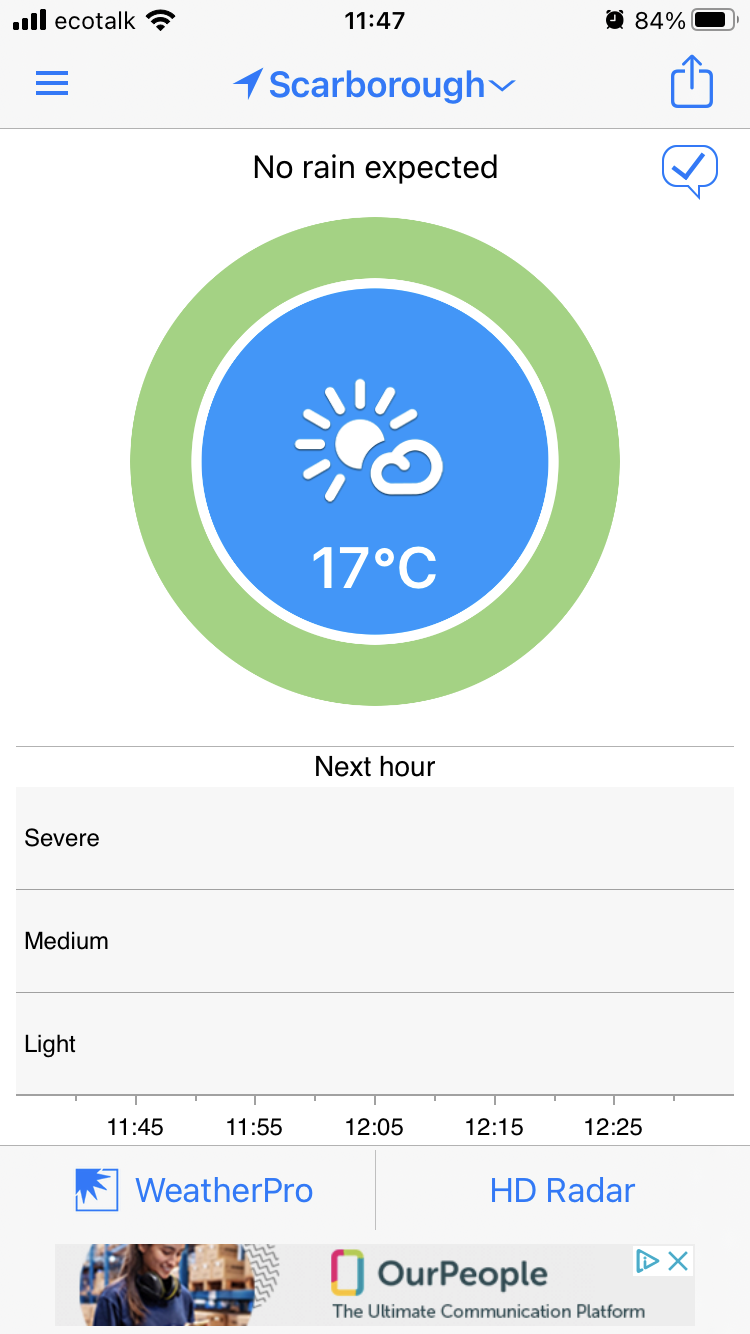 There are lots of weather apps that let you check the forecast. What’s good about RainToday is that it’s simple and answers the question that cycle commuters really want to know: is it going to rain in the next hour while I’m cycling to work or riding home? It tells you roughly how long the rain will last, when it’s likely to fall, and whether it will be light, moderate, or severe. So you can delay or expedite your journey, or else make sure you’ve packed your waterproofs. If you want to look further ahead than the next hour, the app includes a rain radar that tracks rain clouds that day. 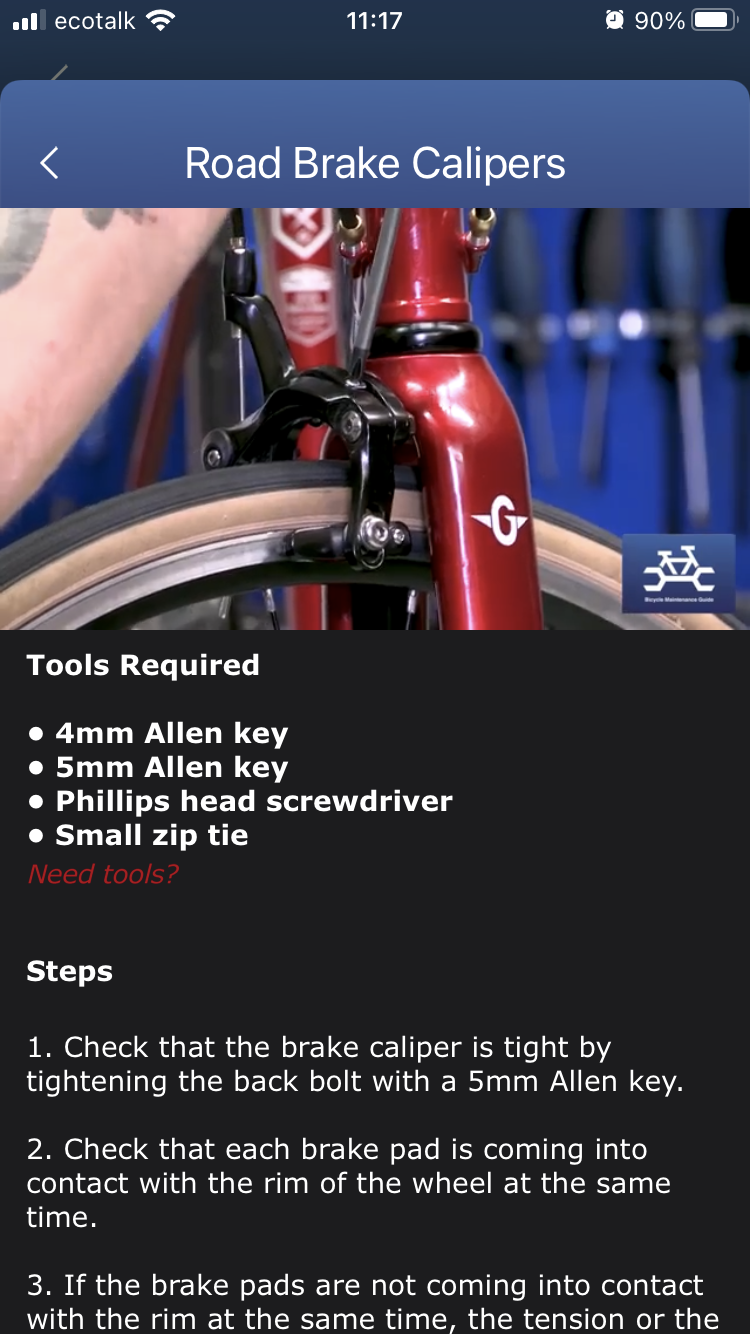 While it’s not free, this app should pay for itself in short order. Using its four hours of video footage (36 videos), hundred-plus images, and 32,000 words of explanation, you should be able to fix most or all the of mechanical problems that might have previously sent you to the bike shop. There are sections on roadside repairs, diagnosing problems, bike servicing, fitting components, and more. The instructions are decent and you’re told what tools you’ll need. You need mobile data (or Wi-Fi) to watch the videos but not for the photos or words, so it’s usable anywhere. Just be sure to pack some nitrile gloves so you don’t get oil or grime on your touchscreen! 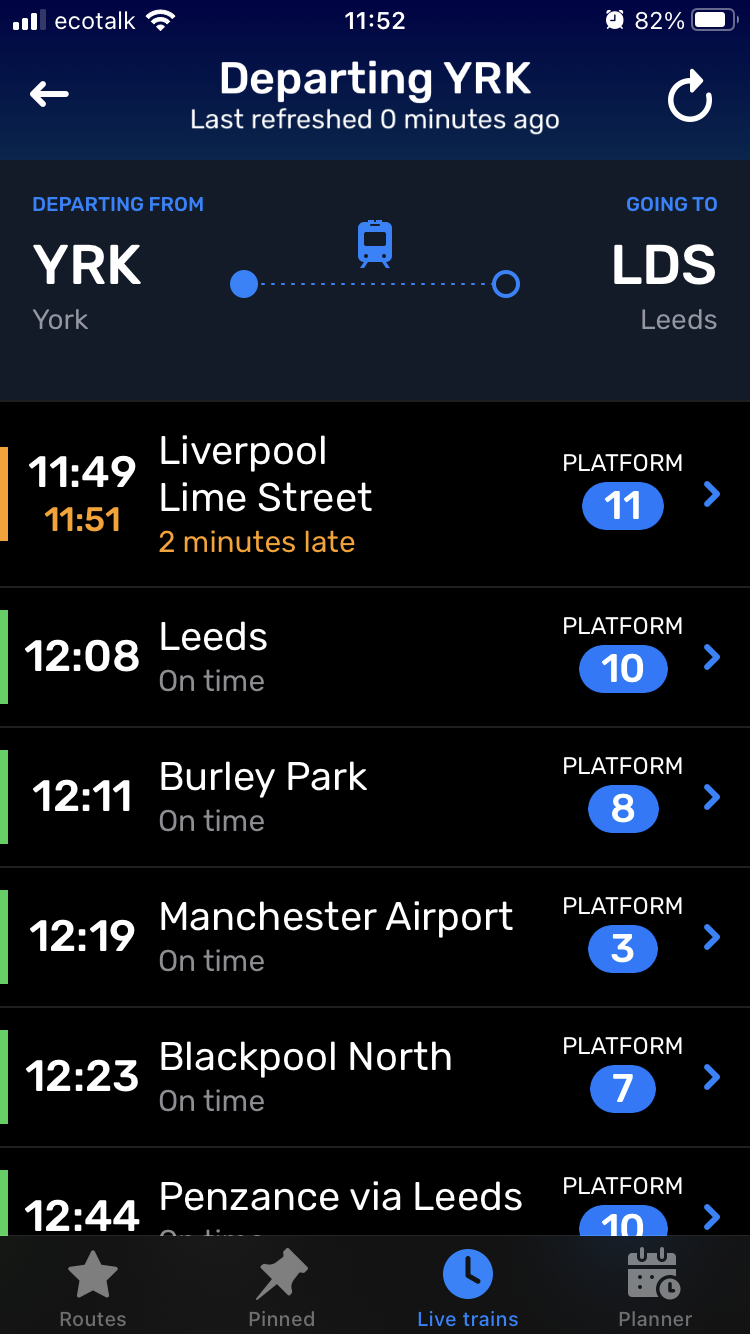 Bike-rail commuters mostly need up-to-the-minute information on departures and delays, and they need to know what platform to turn up at. Along with the journey duration, calling points (and times), train operator, number of coaches, and station floorplans, that’s what Railboard provides. 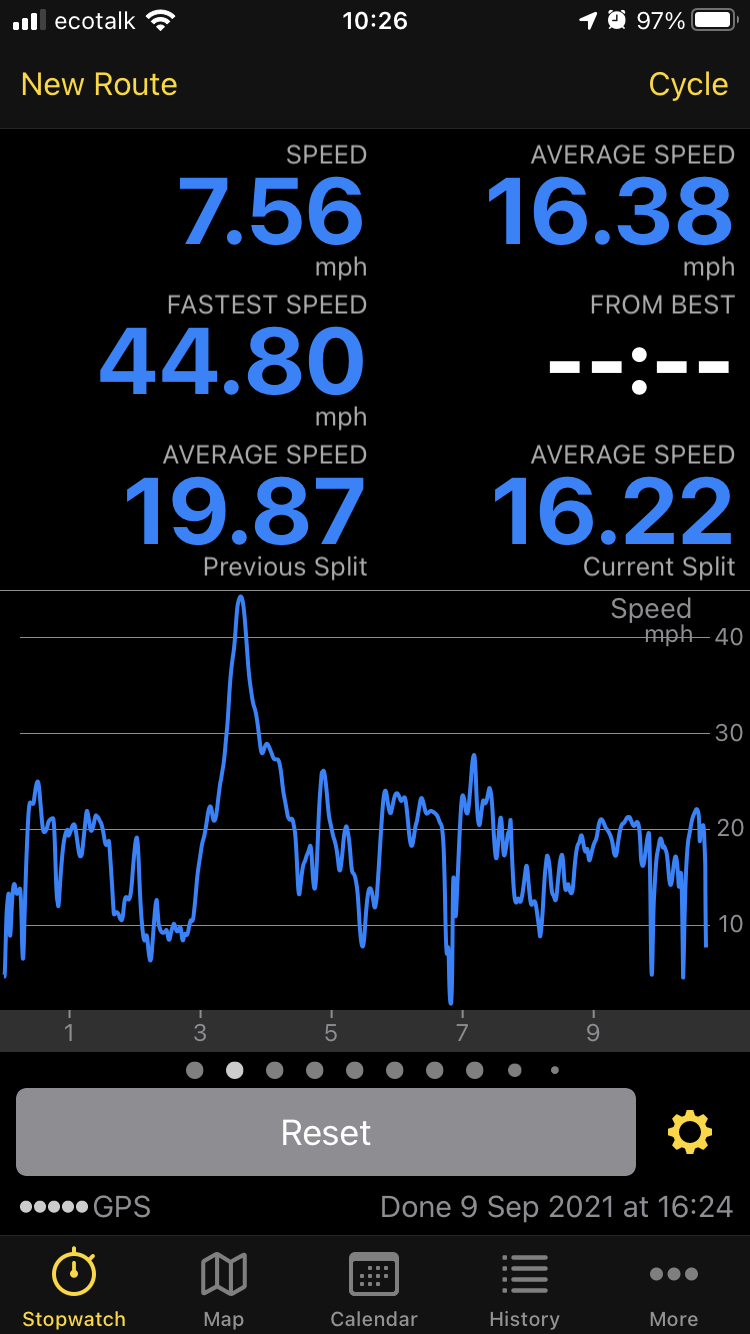 Cyclemeter is probably the best way to turn your smartphone into a bike computer. You can view speed, distance ridden, riding time, calories expended, an Apple Maps map showing you (and your friends, if you invite them to track you) where you are, average speed, height gained, and more. It keeps the riding data on your phone so doesn't require an online log-in to start up or view afterwards. The Elite version (£8.99 annual subscription) is a full-blown fitness/training tool, including cadence and heart rate, weather data, different bikes, automatic uploading to Strava/social media/your calendar, and lots more. For a GPS cycle tracking app, battery usage is relatively modest – especially when the screen is off. 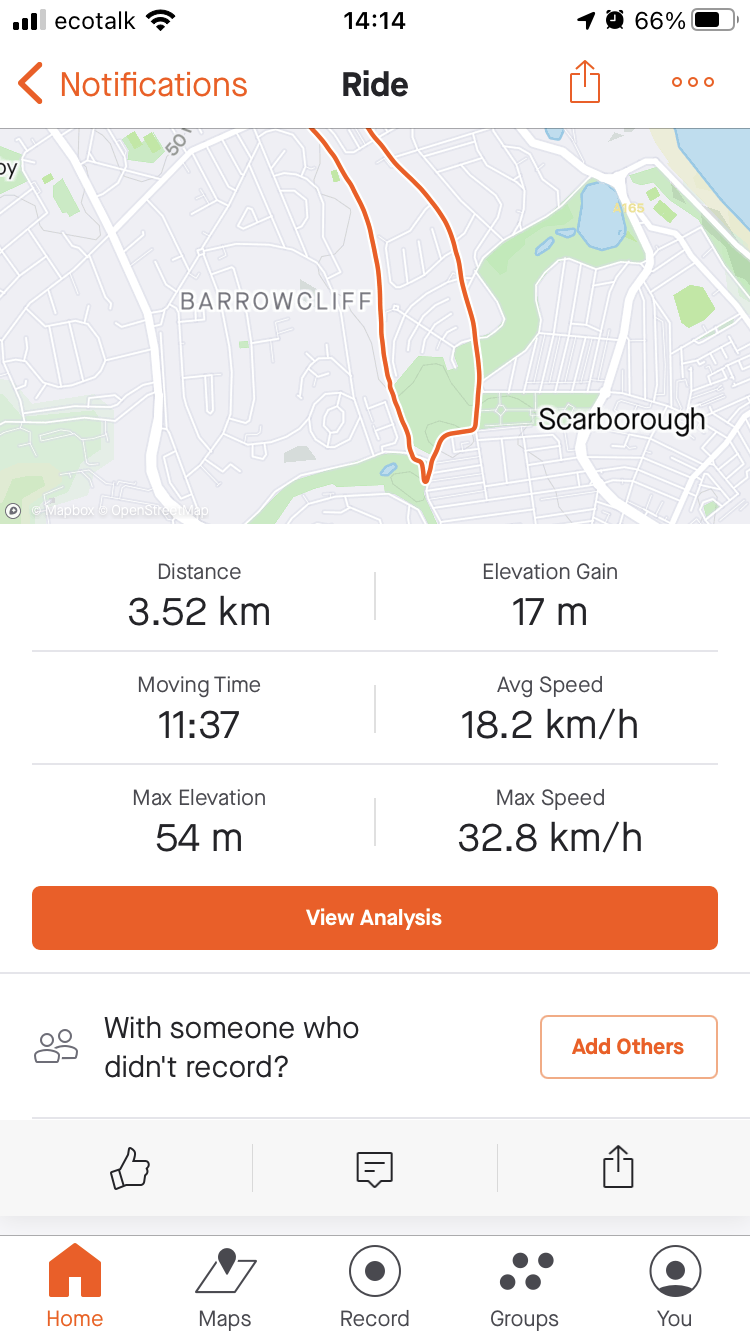 Another GPS cycle tracking app for cyclists with a particular interest in fitness, Strava does the usual speed, distance, and route logging stuff, plus something extra: social media. You can follow – and comment on – the rides of friends and clubmates. If you stump up for the premium version (normally £6.99 per month), you can see how your performance compares to that of other cyclists on any given ‘segment’, such as a local hill. Can you get into the top ten? Can you beat your own personal record? It’s a powerful motivating tool. Just remember to respect other road users and your own safety. And don’t forget to create a ‘privacy zone’ around your home and workplace, to stop tech savvy criminals from following you and nicking your bike!