How to adjust your gears

Indexed gearing is great. Each click of the shift lever moves the chain smoothly from one sprocket to the next. When that doesn't happen, you need to adjust the gears.

If your bike's derailleur gears aren't working properly, don't panic. Sometimes the problem can be fixed in seconds - without tools. We've described the rear derailleur here, but you can apply the same advice to the front derailleur.

The usual problem is that the shifter no longer moves the derailleur the right amount. So the chain rattles on the sprockets and skips in between gears, or requires two clicks to shift. The cause is most likely the cable tension. Find the barrel adjuster: a hollow bolt that the outer casing runs into, located at the shifter, the derailleur, at a metal socket on the frame called a cable stop, or part way along the outer casing. 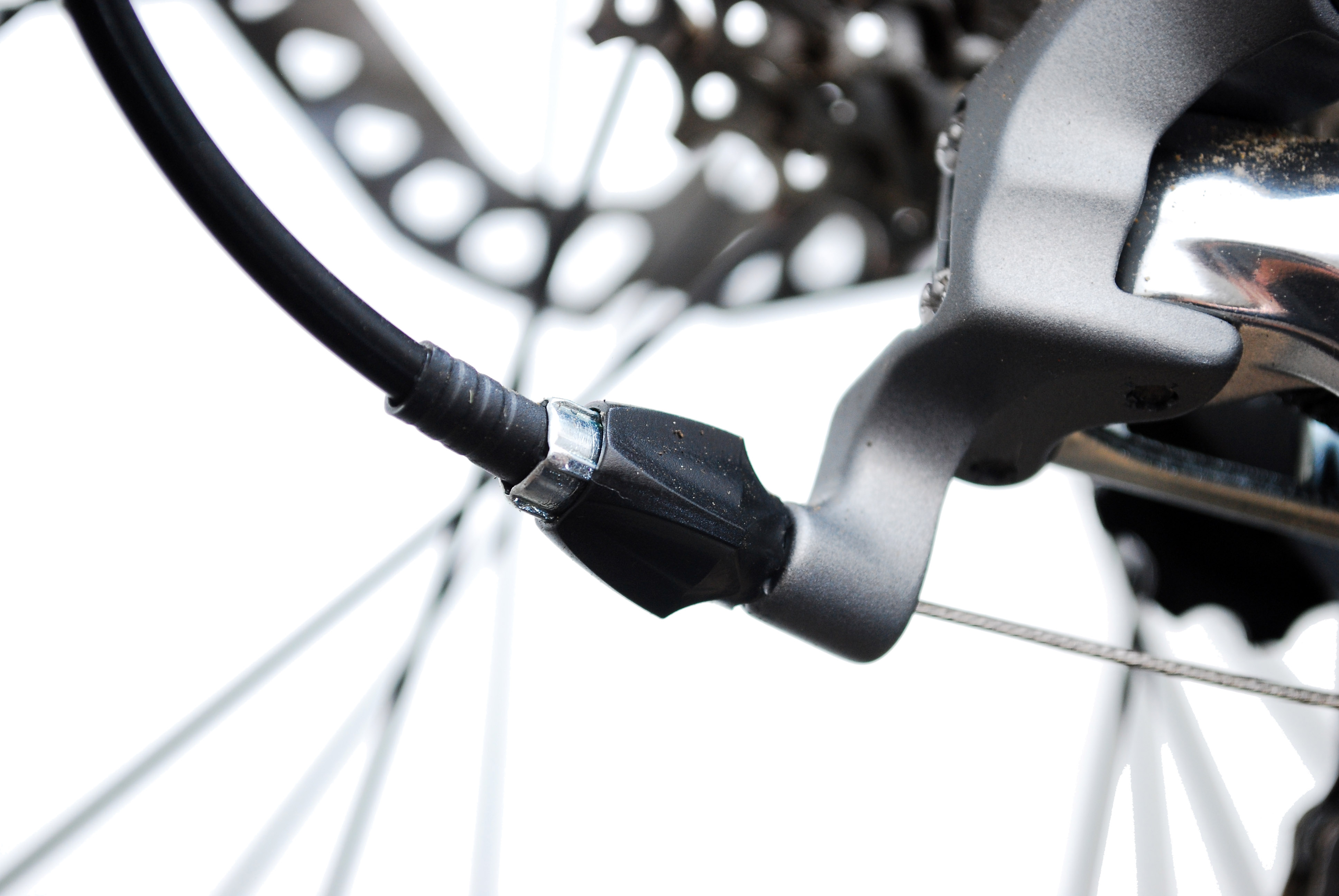 Unscrewing a barrel adjuster increases the gear cable tension, and vice-versa. Turn the pedals with one hand while changing gear with the other; you'll need an assistant or a workstand to lift the back wheel off the ground. First change gear until the cable is at its slackest; this will be the smallest sprocket unless your bike has a 'low normal' or 'rapid rise' derailleur (in which case it will be the largest). Click the shifter once. If the chain doesn't shift to the next sprocket without hesitation, unscrew the barrel adjuster incrementally until it does. Check that the chain will shift back the other way with one click. This may mean screwing the barrel adjuster back in a little. Shift up and down the cassette to check that all the gears can be engaged with single-click shifts. Further half or quarter turns of the barrel adjuster may be required. 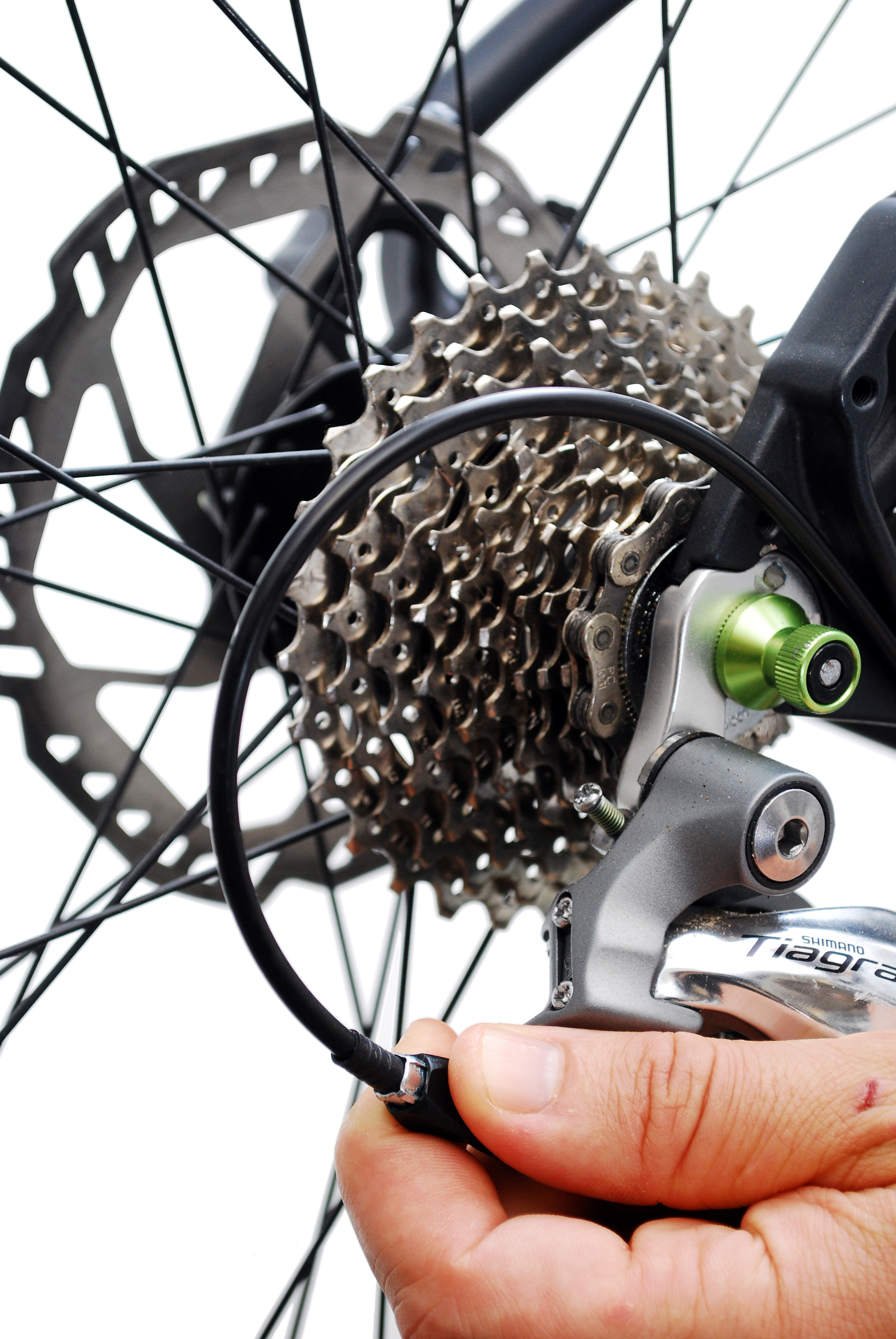 If the cable was very slack or over tight, the barrel adjuster might not offer enough adjustment. Shift gear until the cable is at its slackest and screw the barrel adjuster(s) all the way in. Using an allen key or small spanner, unscrew the anchor bolt to release the gear cable from the derailleur. Check that the chain is on the smallest sprocket. Hold the end of the gear cable and pull it until it is only just taut, then re-clamp it. Fine-tune the gearshifting as described on the previous page. 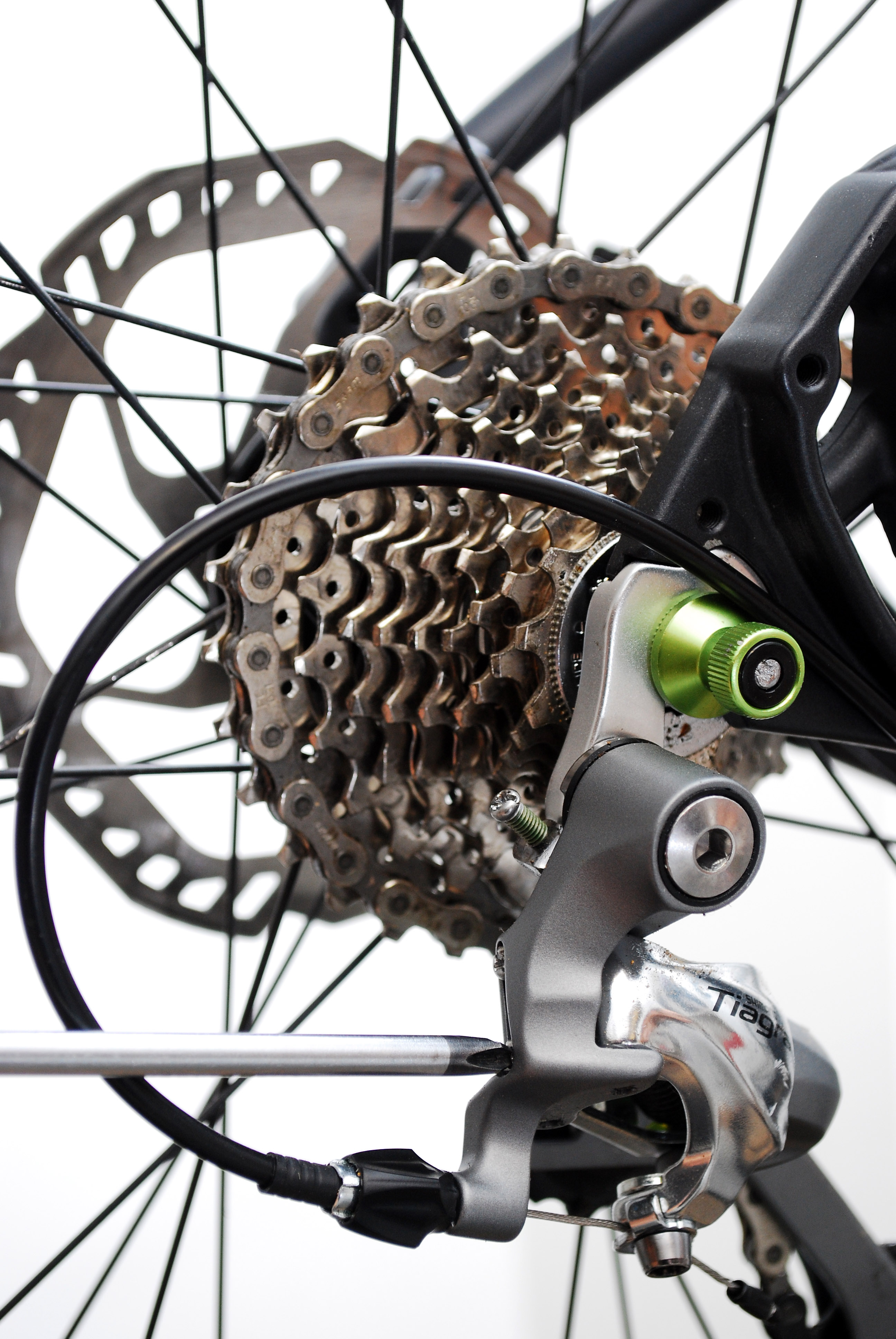