Most sports cyclists use clipless pedals and shoes. Here’s what you need to know if you’re thinking of following their lead.

Clipless pedals are so called because they don’t have toe-clips and straps, which used to be the most popular method of fastening feet to pedals. You do in fact clip in: a cleat on the sole of the shoe engages with the pedal’s sprung jaws, a bit like a ski boot clicking into place on a ski. As such, there’s a good argument for calling them clip-in pedals.

Why would you want to fasten your feet to the pedals, rather than simply resting them on the top of normal flat pedals? It’s not, as you’ll sometimes hear, because you can pull up on the upstroke as well as press down on the downstroke. At very low cadences, while pedalling out of the saddle, you can do this. But even professional cyclists don’t pull up on the upstroke as they’re riding along normally. If they don’t, you won’t.

Clipless pedal advantages
The main benefit is that your feet won’t accidentally slip off the pedals. This is important if you’re sprinting out of the saddle or pedalling at a high cadence (perhaps on a fixie), and it’s helpful when riding in the rain or mud. You can safely pedal faster. Since power (usually quoted in Watts) is force multiplied by cadence, peak power outputs can be higher with clipless pedals. 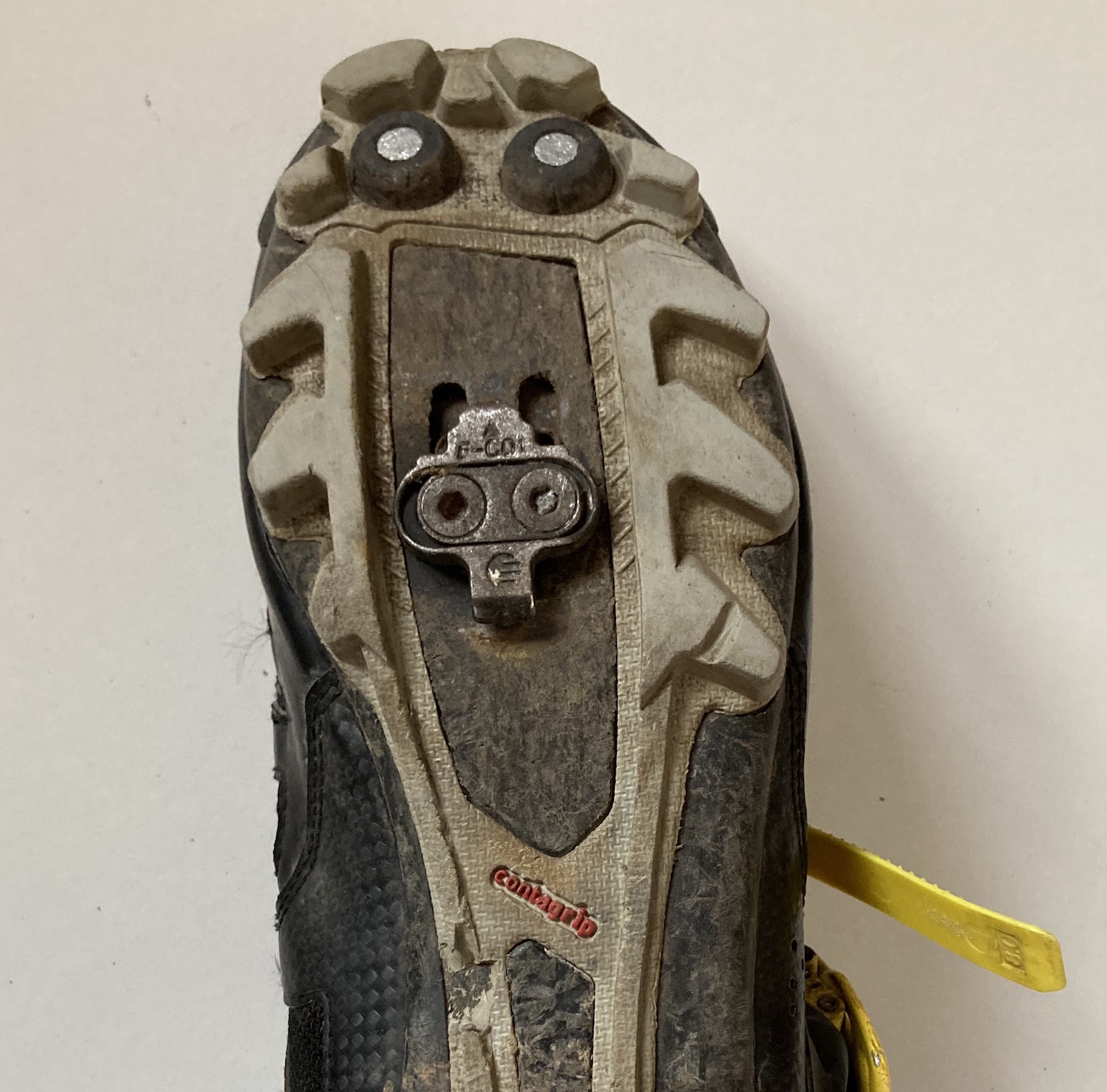 It’s also easier to apply power through more of the pedal stroke, starting to push when the upper pedal’s crank arm is at twelve o’clock or one o’clock rather than two or three o’clock. These are the two main reasons why clipless pedals are popular with sportier cyclists and universal among racers.

There is a third reason: they look pro! This is a deal breaker for fashionistas, but there’s no harm in looking the part however seriously you take your cycling.

The idea that cycling shoes allow efficient power transfer from foot to pedal is true but misleading. Clipless shoes have to be stiff soled because the pedals are so small. A big flat pedal also provides a stiff pedal-foot interface.

Clipless pedal disadvantages
You can only ride your bike in your clipless shoes. You can’t just hop on and go in whatever you’re wearing. For commuting, that likely means taking a pair of shoes with you or leaving a pair at work. You’ll definitely have to do that if you choose road bike pedals and shoes, which have protruding cleats. Such shoes are difficult to walk in and dangerously slippery on hard surfaces like tiles or stairs. 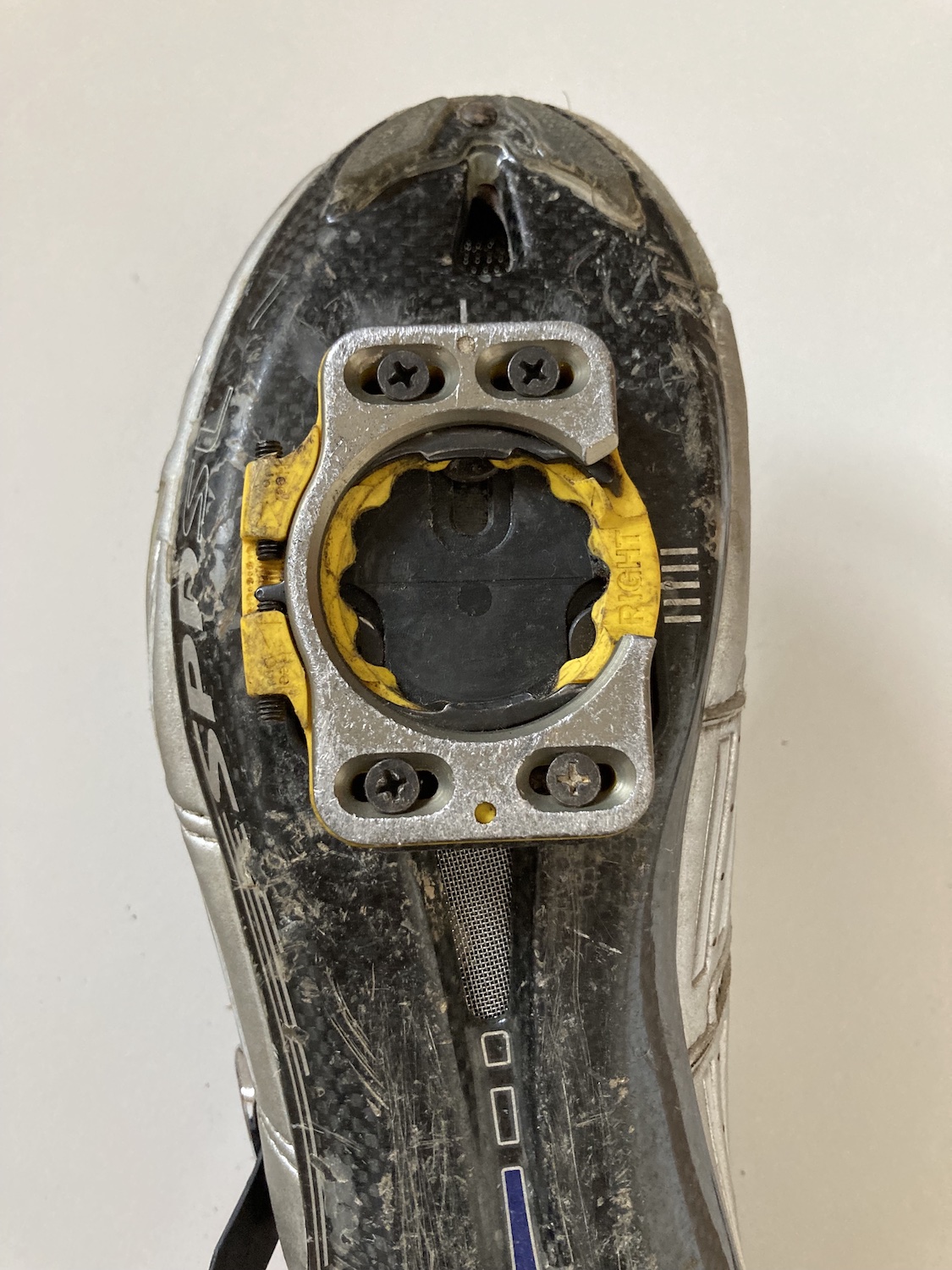 Stop-start cycling, like a lot of city cycling, is less convenient with clipless pedals because you have to repeatedly clip in and out. This is fiddlier than lifting your foot off a flat pedal, not least because you have to twist your heel out to disengage the cleat. Fail to do this (everyone does at least once) and you’ll hit the deck, still attached to your bike.

Lastly, your feet are essentially locked into one position. (‘Float’ is the ability to move your feet within this limitation.) This makes it important to get each cleat’s rotational angle and position right to avoid aches and pains in you knees and hips. You can place you feet how you like on flat pedals and change the position as you ride.

Which clipless pedals?
There are two broad types of clipless pedals: those for road cyclists, which employ a large, protruding plastic cleat that fixes to the shoe sole with three (occasionally four) bolts; and those intended mostly for mountain bikers, which use a small, recessed metal cleat that attaches to the shoe with two bolts. Most shoes are designed for either three-bolt or two-bolt cleats; some have threaded holes for both.

Road clipless pedals include Shimano SPD-SL, Speedplay (where the cleat, unusually, has the moving parts), Look Keo, and Time XPro. ‘Mountain bike’ pedals include Shimano SPD, Crankbrothers, and Time ATAC. While the shoes are compatible – in the sense that a three-bolt shoe will accept any three-bolt cleat – the cleats are only compatible with their own design of pedals. You can’t use Shimano SPD cleats with Crankbrothers pedals, for example, even though the cleats look similar. Fortunately, the cleats come with the pedals when you buy them, not the shoes.

The choice between different three-bolt and two-bolt pedal systems is down to personal preferences. For example, Speedplay pedals are more adjustable than Shimano SPD-SL but are generally more expensive and require more cleat care; Shimano SPD pedals are durable and are ubiquitous but Crankbrothers and Time ATAC offer more float (more on that below).

The choice between road pedals and mountain bike pedals or commuting is easy: whichever brand you prefer, get some kind of mountain bike pedals with two-bolt cleats. While road pedals and cleats are fine for journeys where your feet seldom touch the ground, such as long road rides or racing, they’re impractical for day-to-day use. Two-bolt recessed cleats enable you to walk normally. The pedals are double-sided (jaws both sides) so it’s easier to clip in when you’re setting off from the lights. And the cleats last much longer, because they’re metal and don’t wear away on the ground.

Note that some Shimano SPD-compatible pedals have clipless pedal jaws on one side and a flat pedal surface on the other. These are a good option if you want to ride the same bike in different footwear. They also make it easier to get away from the lights, as you don’t have to engage the cleat immediately.

Making the switch
Clipless pedals are more expensive than flat pedals as a rule because they’re more complicated. On top of that, you’ll need cleat-compatible shoes. You don’t need to spend a fortune, however. A pair of Shimano SPD M520 pedals costs £41.99 (RRP), while the beginner-friendly SPD T421 Click’r pedals are £57.99. Entry-level SPD shoes like Shimano’s XC1 are £79.99. In the road world, Shimano’s cheapest SPD-SL pedal is the RS500 (£57.99), while Shimano three-bolt shoes start at £69.99 with the RP1 – which, incidentally, will also take a two-bolt SPD cleat (but it won’t be recessed). Other brands are broadly comparable.

As with any shoes, different cycling shoes fit different feet better or worse. It’s well worth trying for fit not just size when you buy. Pedals are easier. They all use the same thread, so you can fit any clipless pedals to any bike. To install them you’ll need a 15mm spanner or a large Allen key. Note that the lefthand pedal unscrews clockwise and tightens anticlockwise.

Setting up the cleats
It’s not as simple as bolting the cleat to the shoe. Once you’ve loosely attached the cleat the shoe it can be moved forward or backward and rotated toes in or toes out; some side to side adjustment may also possible. Only when you’ve got the cleat where you want it do you bolt it firmly in place. How do you know when it’s right? Either by trial and error or by visiting a bike fitter.

For side to side adjustment, if there is any, start with the cleat in the centre and move it to the bike-side of the shoe if you want your foot further out and vice versa. Some pedals, notably Crankbrothers and Time ATAC, have a little lateral float; the shoe can slide from side to side while the cleat remains fastened to the pedal. Speedplay pedals, meanwhile, are available with lots of different axle lengths, putting the pedal further in or out.

Rotational adjustment is probably the issue that causes most problems. Many of us have one or both feet that point in or out. If you force your feet to pedal in an orientation that isn’t natural for you it can cause serious knee or hip pain. If you want your toes to point inwards, you’ll need to point the cleat outwards – and vice versa. Most pedals have some rotational float. That’s the arc through which you can twist your foot while the cleat remains engaged. Dodgy knees? Get pedals with plenty of float.

The last thing to set is the pedal’s spring tension. Set this as loose as possible to begin with, so you can get your feet out more easily. It takes a while to get used to the twist-release action to take your foot off the pedal. Shimano’s Click’R pedals are the easiest to release from; you can even pull straight up in an emergency.

Whichever pedals you use, spend some time riding around in a traffic free or traffic light environment and repeatedly clip in and out of your pedals. Get used to disengaging your favoured foot as your approach junctions and lights. This will minimise the odds of you toppling over.

Getting help
A good bike fitter can set up your cleats as part of the (paid for) fitting process. This is particularly valuable if you’re getting knee or hip pain, or if you have any kind of left-right physiological disparity, such as one leg slightly longer than the other. In that case, for example, the fitter can put one or more spacers under one cleat to compensate.

Looking to invest in cycling accessories?