How to overcome hay fever when cycling 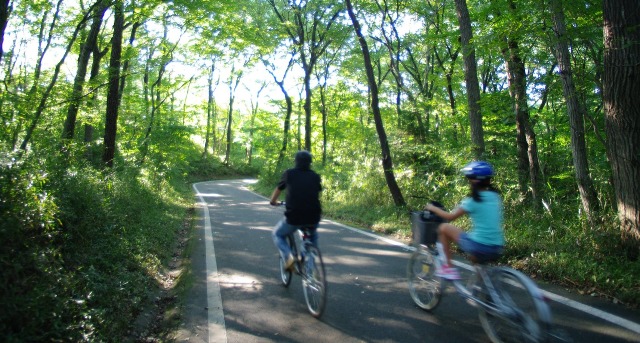 Cycling through the countryside on a summer’s day is glorious – unless you’ve got a runny nose and itchy eyes. Here’s what you can do about it.

Hay fever is the body’s overreaction to allergens in the air. It was thought to be caused by fresh hay, hence the name. It’s now known to be triggered by pollen from a wide variety of grasses, trees, and even weeds.

Different pollens affect different people. Grass pollen, which peaks in June and July, is the commonest trigger for hay fever in the UK. (Tree pollens tend to peak earlier, weed pollens later.) The start, end, and intensity of the pollen season depends on the weather and on where in the country you are; the season tends to be shorter and less intense further north. Pollen levels are usually worst in the early morning and early evening – bad news for cycle commuters. 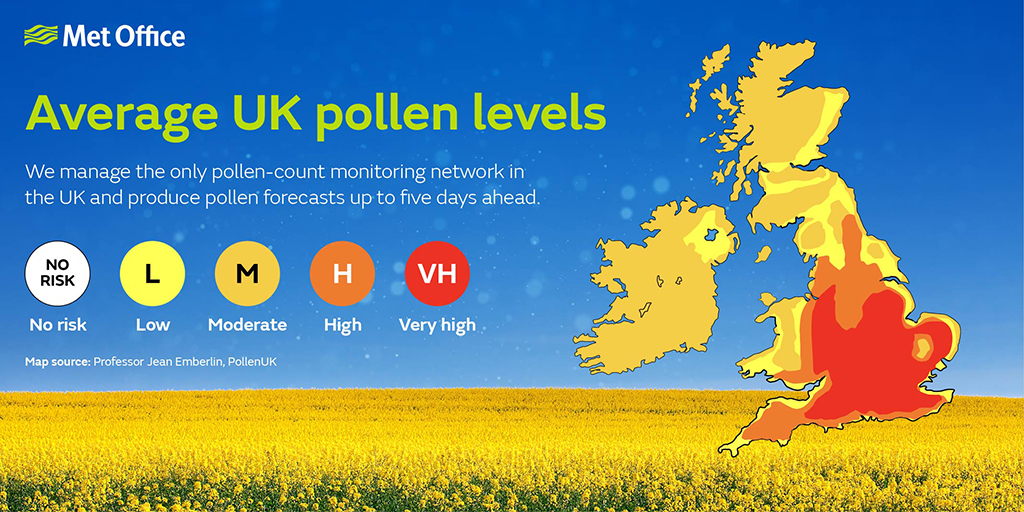 The Met Office has a pollen count measuring network and provides a five-day pollen forecast along with its weather forecasts. You can check this on the Met Office website or by using the Met Office smartphone app.

As with pollution, the best way to prevent problems from pollen is to avoid inhaling it in the first place. As far as possible, ride where the air is better.

Pollen is more prevalent in the countryside than in urban areas, but you can be more specific than that. If your symptoms are worse when you ride by birch trees in April and May, or when taking that lovely bridleway alongside a meadow in June or July, take that as your cue: you’re allergic to birch or grass pollen respectively. Plan a different route at those times if you can.

Oilseed rape seems to be particularly potent. It has its own pollen season when the plants are flowering: May to mid-June, which overlaps with the start of the grass pollen season. Oilseed rape also emits volatile organic compounds that exacerbate hay fever symptoms in some people.

While you can’t control the air outside, can improve it indoors. Start the day clear-headed by installing an air purifier (which filters the air) or an ioniser (which makes dust etc fall out of the air) in your bedroom. Prices start at about £15 for ionisers; purifiers are more expensive.

Pollution masks aren’t a panacea but do limit the amount of harmful gases and particulates that you inhale. As a rule, they’re more use to cyclists with pre-existing respiratory problems, such as asthma and emphysema. They can also help with hay fever.

Respro makes a filter mask specifically for allergy sufferers, the £39.99 Respro Allergy Mask. But any filter mask that’s effective against particulates should work. Reusable ones are much more economical for commuting. 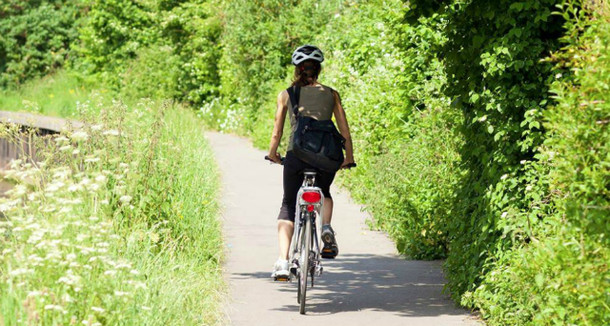 Wraparound cycling glasses help keep pollen out of your eyes.

An allergen barrier balm, such as HayMax, applied to the nostrils will trap some pollen grains before you inhale them. Petroleum jelly does a similar job.

If you’re suffering despite your best efforts, take an oral antihistamine as a preventative measure during the pollen season. Generic or pharmacy own-brand antihistamines are the best value. Get one like Loratadine that’s non-drowsy.

Prescription nasal sprays work quicker and can be used as needed, up to the maximum dosage. Consult your GP for prescription medication and other treatment options.