Commuting by bike is a small change that many of us can easily manage. A folding bike could make the switch even easier.

If you’re thinking of cycling to work, whether for your health, the environment or just to speed up your journey; choosing the right bike for the job is important.

What is a folding bike?

A folding bike does what it says on the tin. It’s a bicycle that can be folded up, so it becomes significantly smaller, and easier to transport or store.

Why buy a folding bike?

At the heart of the folding bike is convenience - if your commute involves a stint on public transport, they’re the perfect solution.

Generally, the above benefits are exclusive to foldable bikes. Standard bikes may be accommodated for on some forms of public transport, but more often than not they aren’t welcomed warmly. With some of the busiest commuter trains only allowing room for two bicycles, it’s probably not worth risking the wait for the next train.

Not just for commuters

Much more than a commuting companion, a folding bike can be used for domestic and leisure travel too.  Foldable bikes make for a great way to explore a city. Whether you’re exploring somewhere new or running errands locally. If you’re not ready to commit to a standard bike, don’t have the storage space or need a more flexible option, then this could be a perfect fit.

When it comes to keeping tabs on your bike, you can’t do better than a folding bicycle. You never even have to let it out of your sight. With no keys needed to get going, bike theft has been an issue almost since the day of their invention. Folding bikes significantly mitigate these risks. You can keep them under your desk at work, bring them inside the shops with you and even store them under your bed at night.

The disadvantages of folding bikes

Folding bikes are a great option for many, but they can have their drawbacks. In the interest of full disclosure on folding bike pros and cons, here are some factors to keep in mind.

In order to fit within a foldable frame, the wheels on folding bikes are smaller than those on regular bikes. Whilst smaller wheels are strong, aiding in speedy acceleration, they can make for a less comfortable ride. If you’re looking for a long distance option, a folding bike may not be ideal. Smaller wheels can also increase flex, making them a less efficient means of transport than a regular bike.

Folding bikes can come at a premium. With extra engineering required to make the bikes fold, the cost of manufacturing can be higher than that of a standard bike. This extra cost will be reflected in the retail price. Whilst a little steeper than some standard bikes, the expense may be worthwhile if you can’t store or use a larger bike. This isn’t to say that you’d always pay more for a foldable option. With such a variety of bikes on the market, prices can vary hugely.

Like with any subcategory of bike, the folding bike has a few iterations and types for you to consider. Here’s a look at four of those types. 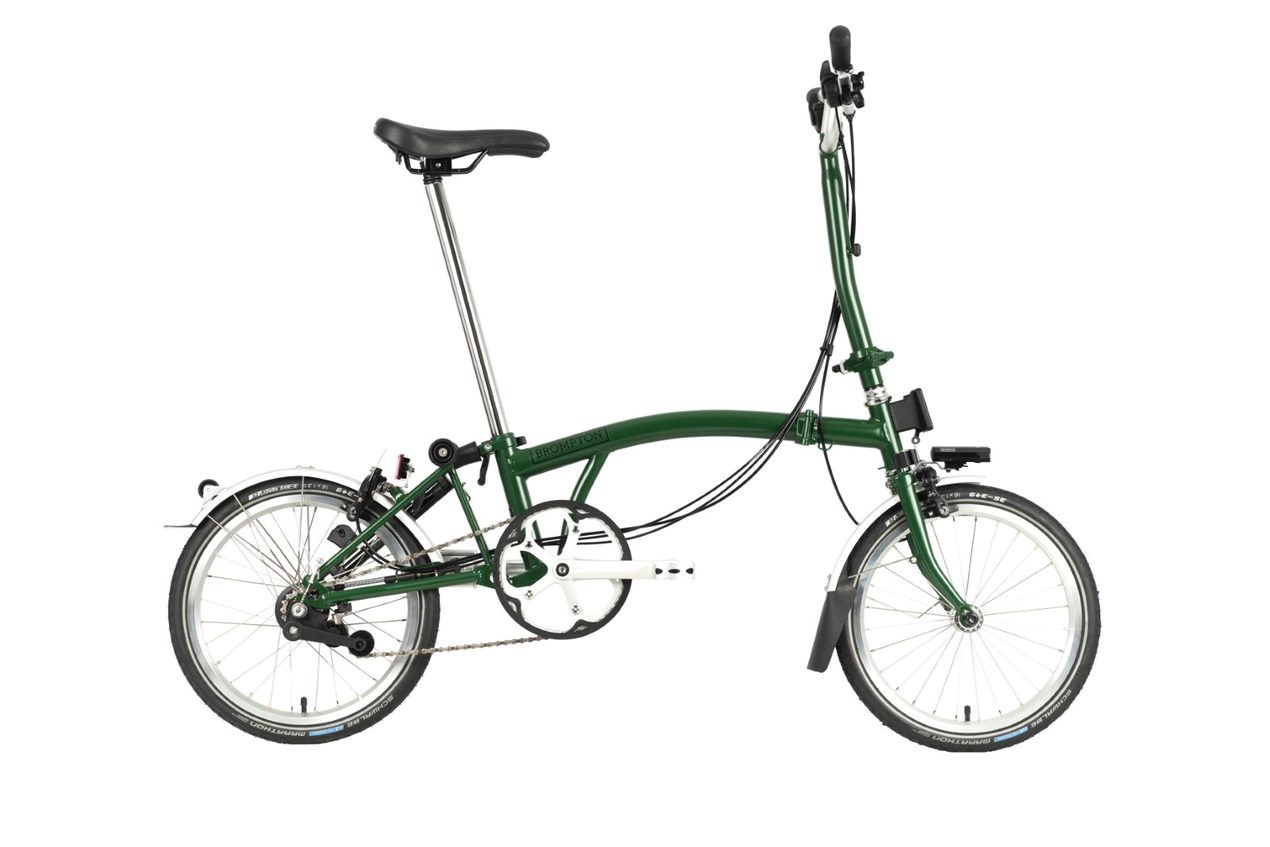 The folding commuter bike is the most common type and is how these bikes were introduced to the mainstream. These are your no-nonsense, bread and butter folding bikes. They’re built more for convenience than performance, but they will still get the job done.

As they grow in popularity, commuter bikes are gradually becoming lighter, smaller and easier to fold away.

As the most popular type of folding bike, there’s more choice. Available in steel, aluminium and even carbon fibre, many can be customised with bespoke mudguards, luggage, panniers, racks and lights.

Commuter bikes also tend to fold down in the most compact way, specially designed with public transport in mind. 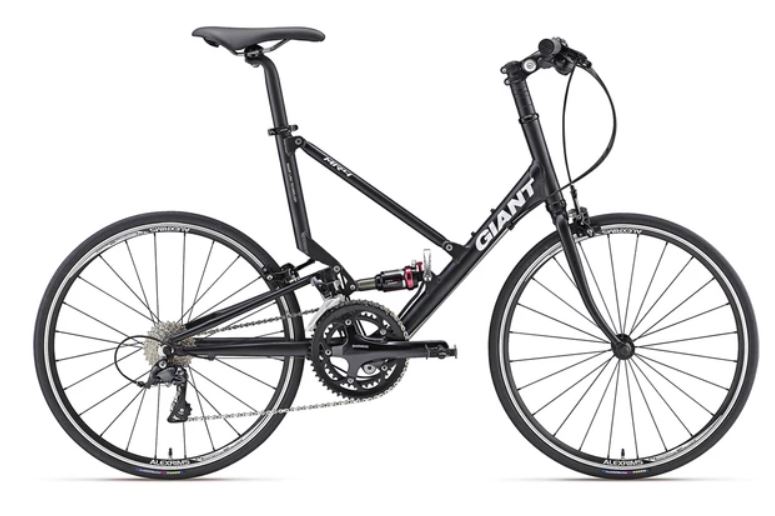 A folding road bicycle will have a higher saddle as well as drop handlebars, to accommodate an athletic riding position. Just because you’re on a folding bike, doesn't mean you can’t rack up some speed!

Rather than simply getting you from point A to point B of your commute, you can travel further away and use your energy more efficiently.

We don’t recommend using a folding road bike for your next tour or cycle challenge. But this kind of bike does increase how far you can comfortably travel. So, if you’re looking for a bike to use as a run-around but still want the convenience of a folding mechanism, a folding road bike could be the answer. 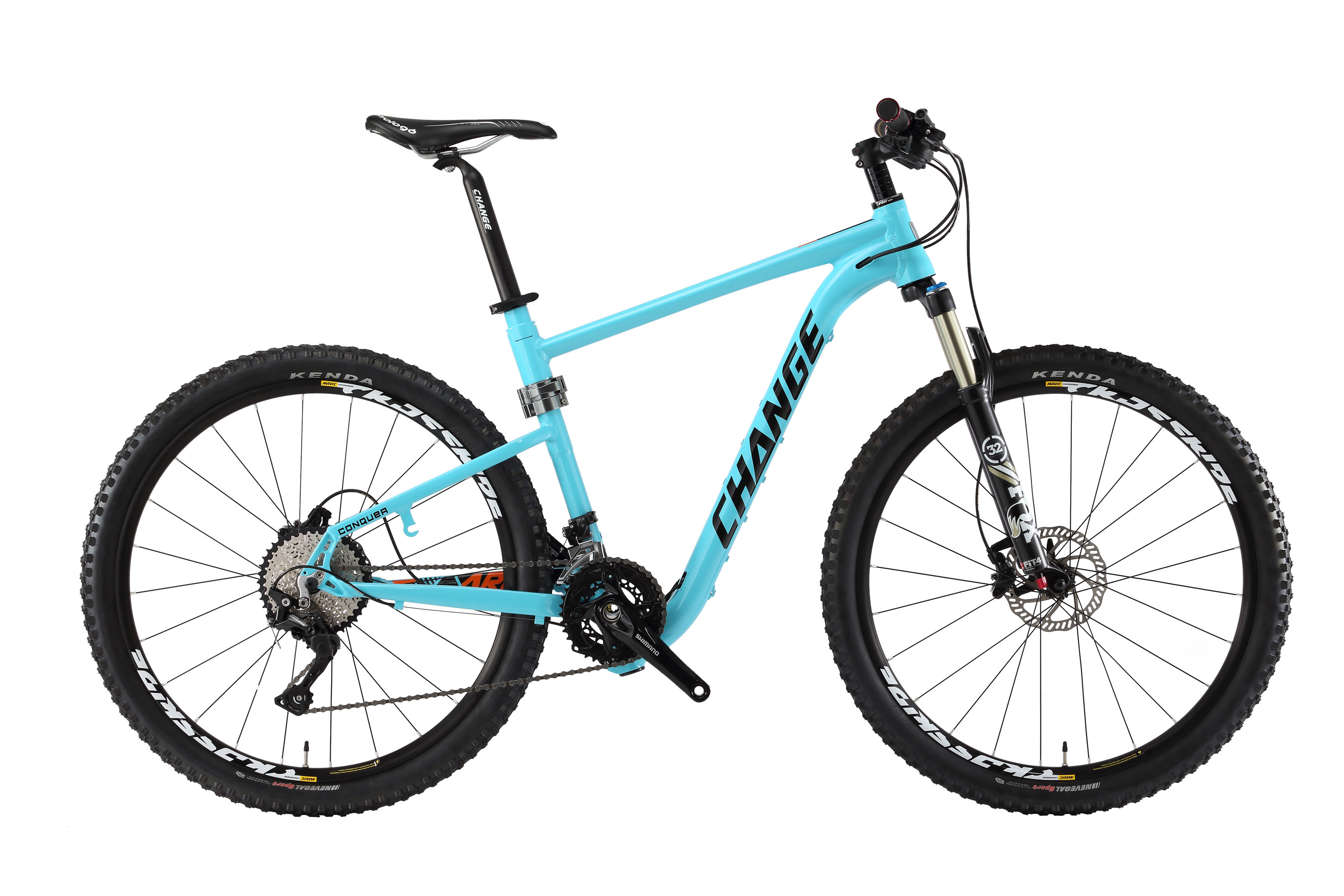 These folding bikes incorporate more of the elements and characteristics of mountain bikes into their design, with suspension, larger tyres and wider flat handlebars. Many folding mountain bikes are considerably larger than their counterparts, with some being almost full-sized.

Whilst regular commuter folding bikes are more likely to suffer at the hands of road conditions, folding mountain bikes are designed for rough terrain.

These bikes aren’t best suited to commuters or users of public transport, as even when collapsed they aren’t quite compact enough to fit into overhead luggage space. Instead, these bikes are better suited to car boot space, or for saving room in your home-storage area. 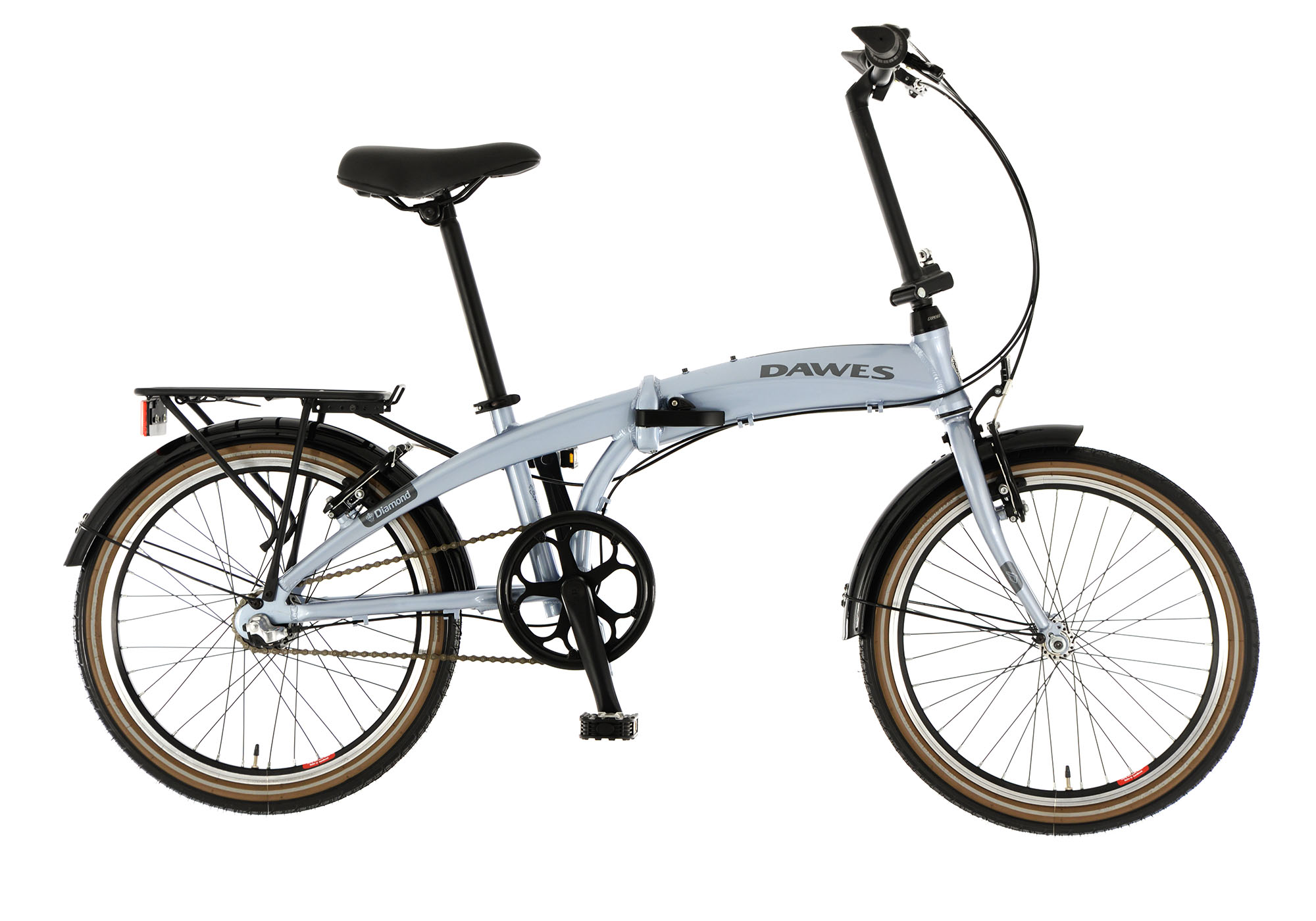 These varieties aren’t trying to meet any specific criteria. They’re quite simply vehicles of leisure. Where commuter bikes are designed to be as commuter-friendly as possible, a folding leisure bike is a relatively basic option that can be compactly collapsed.

Ideal for those with very short commutes, and who outside of that simply plan to use their bike for casual rides around town. If you’re in need of a quicker way to get to your local shops, or a way to explore further afield than a walk could take you, then a folding leisure bike might be the right choice.

A great option to add to your Cyclescheme order, to ensure you’ve got a little run-around for errands. If your job requires you to leave the office often, a compact foldable leisure bike under the desk is a fantastic option.

These bikes are for cyclists who aren’t concerned about miles travelled, calories burned, or speeds achieved. This means they aren’t designed to the same specs as other folding bikes, so are often the most affordable folding bike option.

Is a folding bike right for you?

If your commute to work incorporates public transport, buses and trains in particular, the type of bike you buy is extra-important. Collapsible bikes are urbanite-friendly and won’t impede on your freedom to use public transport networks. We see folding bikes are most popular with rail commuters.

Folding bikes can also make an excellent secondary bike. With the savings made from buying through Cyclescheme, you could potentially add a folding bike onto your order. This means that in the winter months you could supplement your commute on public transport with a folding bike and when the weather improves you could use a standard bike for the full door to door journey.

If you’re keen to cycle but short on space, a folding bike will fit in perfectly with your life. Whilst a standard bike may not fit under your stairs, bed or a spare corner, a foldable version is much easier to accommodate.