Touring bikes are a great potential option for commuters and cycle enthusiasts alike, thanks to their efficiency and versatility.

Choosing the right bike for you can be a tough process. With so many different types of bikes, all built for different purposes it can be hard to know where to start, especially if you’re new to the world of cycling. Touring bikes are a great potential option for commuters and cycle enthusiasts alike, thanks to their efficiency and versatility.

What is a touring bike?

These bikes are designed specifically with cycle tours in mind. These are lengthy trips usually in the spirit of leisure, rather than sport or commuting. You might be familiar with the annual London to Brighton cycle ride, which is where cycle touring began back in 1869.

Nowadays many cyclists will take part in bike tours to support charities, challenge their endurance or simply for fun. These tours have become a key part of cycling culture, which in turn has led to the need for bikes that can handle tours spanning days, long weekends or even weeks.

Touring bikes are relatively rare however and will tend to cost a fair amount more than many other bikes - but there’s a good reason for that.

Why buy a touring bike?

You may be wondering how this type of bike could benefit your daily commute. There are a number of reasons why a touring bike could be a solid investment for you, and a joy to commute with.

Firstly, a key benefit of the touring bike is its durability. A bike designed to be ridden for hours on end will easily handle a daily commute. This will be especially helpful if you’re facing a lengthy commute each day. Another perk is in the touring bike’s strong frame. As they’re designed to carry the weight of luggage for long tours, they’ll be able to handle your laptop, lunch, paperwork and a change of clothes with no problem. This means you can do away with the cumbersome backpack and use pannier racks instead.

As well as the practicality of space for pannier racks, allowances are also made for mudguards. Touring bikes are also built to withstand potholes, towpaths and other common hazards of the road. Even better, they’re suited to year-round use. Very committed cycle commuters may have two different bikes to cycle to work with according to the season. A touring bike however is suitable for use at any time of the year.

Aside from commuting, a clear benefit of a touring bike is that you can use it for it’s intended purpose. If you’ve ever considered taking on a tour yourself, you’ll have the option to do so with the right bike, as well as being able to use it to get to and from the office. Even if you’re new to cycling, after getting used to your commute, you may find yourself looking for a new challenge. Whether it’s a long weekend tour or a massive test of physical endurance, you’ll have a means with which to explore the world around you, with the right equipment.

There are three main types of touring bikes to consider. 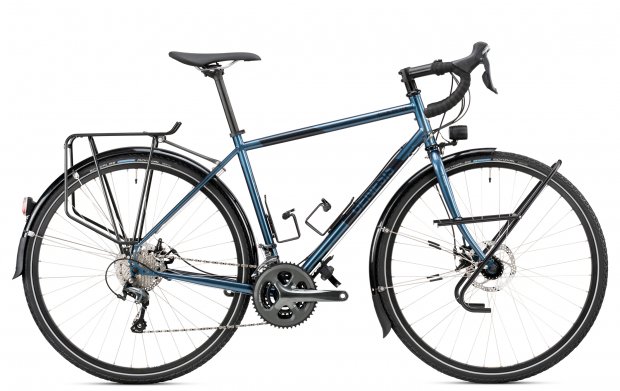 If you’re after a fast touring bike for commuting, then a lightweight bike is a solid choice. You’ll still benefit from the practicalities of racks and panniers, whilst being able to build up more speed on roads or paved surfaces than other types of touring bikes. As well as making for fantastic commuter bikes, they’re great for shorter cycle tours. 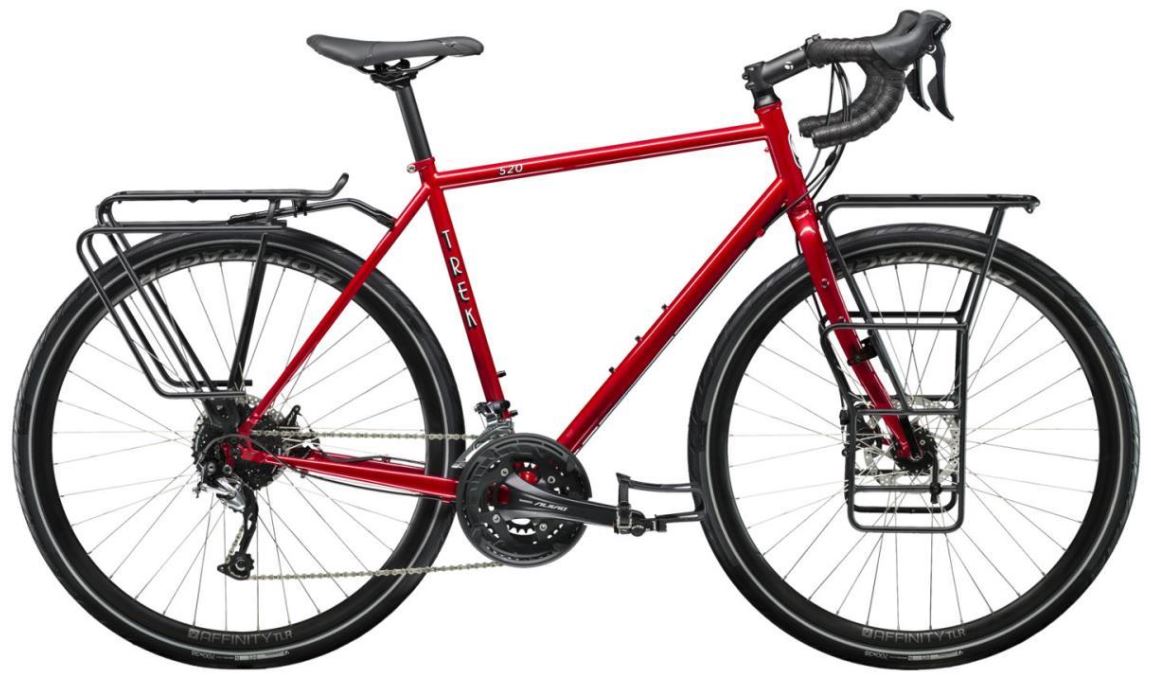 Your classic touring bike, these are built to keep you comfortable over extra-long distances. A long distance touring bike is best equipped at carrying weight maintaining cross-terrain durability. They’re also known as off-road touring bikes, as they can handle bridleways, towpaths and gravel paths.

However, these bikes aren’t all-out off-roaders. Caution should be exercised when travelling on very rough terrain. Instead, these bikes are best for touring long distances with some elements of mixed terrain. If your commute covers a lengthy distance and includes some towpaths or gravel, then you’ll get along well with this type of touring bike. 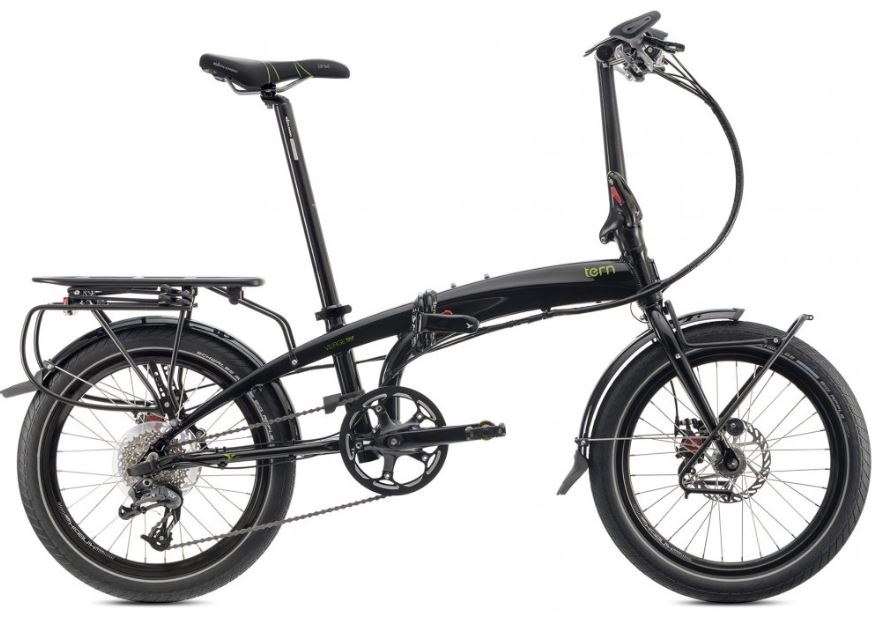 A folding touring bike offers more durability than other folding bikes. You wouldn’t want to tackle a very long tour on one of these, especially one with lots of inclines or rougher terrain, but folding touring bikes can be extremely handy for explorers. Allowing you to access public transport, they’re perfect for switching up between rural and urban areas. They can also be kept in smaller spaces for those without the storage space for a larger bike.

How much do touring bikes cost?

As they grow in popularity, more affordable touring bikes are hitting the market. An entry-level touring bike can be considered anything below £1,000, with the most affordable ones starting at around £500. Whilst entry level versions are similarly priced to road bikes, top of the range touring bikes will easily exceed £2,500. The good news for any cyclists looking for a top of the range touring bike is that the £1,000 limit on cycle to work schemes has now been lifted. This means that you can use Cyclescheme to break down to cost of one of these top-quality bikes.

Why are touring bikes so expensive?

With long distance travel in mind, touring bikes need to be able to cover great distances. This means that they must be strong enough to carry luggage, as well as being comfortable enough to ride for extended periods of time.

For these reasons, a touring bike frame will be heavier and stronger than on a standard road bike. It will also have more wheel clearance, thicker tyres and a wider range of gears. These specifications all come at a higher price point. However, if you’re looking for a bike to take on tours and reliably cover hundreds of miles, you’ll be grateful for the quality.

Is a touring bike right for you?

If you’re after brute strength, lighting speed and practicality then a touring bike can offer you all three.

They’re also a great option if you think you’d be likely to take on a cycle challenge one day. If not, they still make a great choice for your daily commute thanks to their year-round rideability and durability.