How do adaptive bikes work?

A bicycle lets anyone travel further and faster with less effort. Adaptive bikes do the same job, just with differently engineered solutions.

Independent cycling is possible for almost everyone. Sometimes a conventional bike can be modified to meet a disabled cyclist’s requirements. Sometimes it’s better to begin with a more specialised cycle, such as a recumbent tricycle. Either way the solution will work by focusing on what the rider can do, not what they can’t.

Disabilities are as individual as the people who have them. What works for one cyclist may need modifying for another. Nevertheless, there are certain types of adaptive bikes or modifications that address broadly similar disabilities. That’s what we’re looking at. For handicaps not covered here, check out our A to Z of cycling with disabilities and ailments.

A tricycle is the answer. Upright trikes with two wheels at the rear are the cheapest. Pashley has three models, starting at £915 with the fixed-wheel Tri-1. All of them have a step-through frame for easy mounting and dismounting, and an upright riding position that puts little weight on the hands. Mission Cycles is a tricycle specialist with everything from adult step-through trikes (from £755) to semi-recumbent, BMX-style, and cargo-carrying three-wheelers. Most cost around £800-£1,200, with electric assist models starting at just under £2,000. 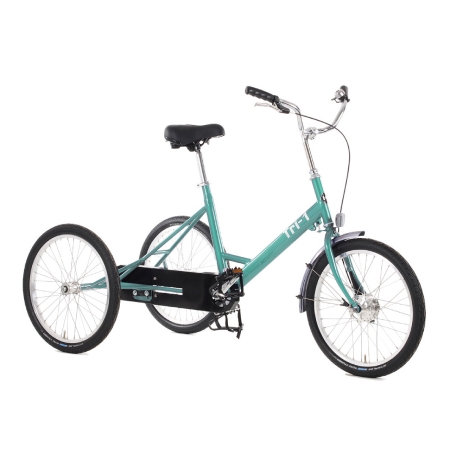 Recumbent tricycles are more expensive. They’re made in smaller numbers by specialist manufacturers and employ non-standard parts. The rider sits lower down on a wider, chair-style seat. Lower, more reclined seats offer better aerodynamics but are harder to get on and off for anyone with mobility issues. A higher seat is easier. The Mission Cycles semi-recumbent trike mentioned is above is an outlier on price; you can expect to pay over £3,000 for a trike from ICE,  HP Velotechnik, or Hase Bikes.

If you can’t easily throw your leg over a bicycle’s top tube then don’t try: get a bike with a low step-over height. Such bikes include small-wheelers like the Brompton and Moulton, and conventional bikes with step-through frames. The latter are often cheap and heavy but not always: Islabikes’ Janis (£1,099) weighs just over 9kg with mudguards. Cube has a good range of weightier but good quality easy-entry hybrids (from £800), and many of its other bikes are available with a ‘trapeze’ frame (which is to say: a dropped top tube). A dropper seatpost (from £140) makes mounting and dismounting even easier, as the saddle can be lowered when starting and stopping and then raised for riding. It’s an optional extra for the Janis. 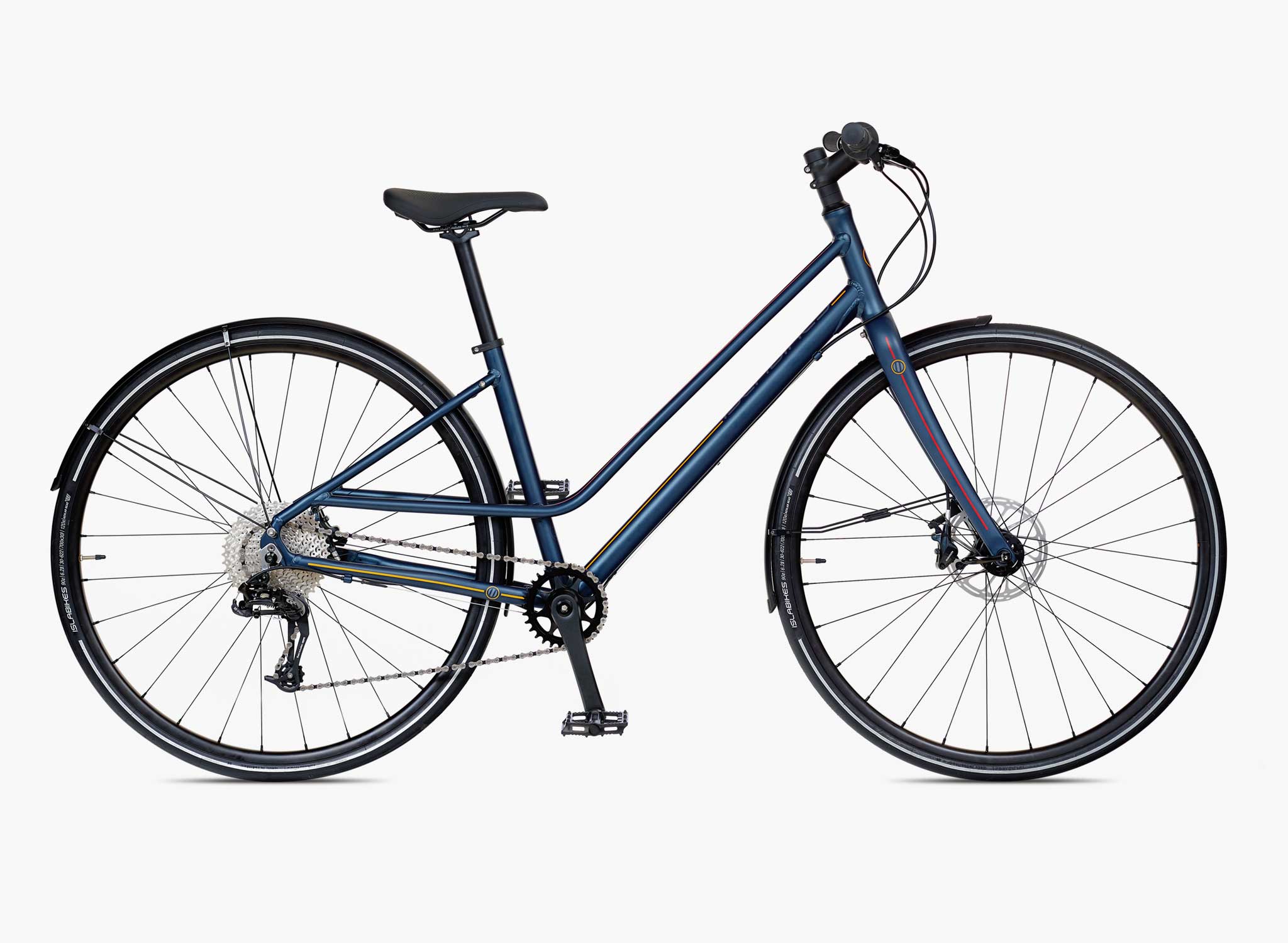 Pedalling problems can be addressed on any bike by changing or modifying the cranks. Shorter cranks can help with knee issues, as the pedals won’t come up as high on each rotation, so the knees don’t have to bend as much. Swing cranks can also help here as they lower the pedalling circle further still, meaning even less knee bend. Pedal extenders, meanwhile, put the pedals further out from the cranks for those with twisted feet or joints. Highpath Engineering can supply all of these. Shortening existing cranks costs from £40, while more complex Swing Cranks cost over £200.

There are two ways to make pedalling easier. One is to use lower gears so you don’t have to press as hard on the pedals. Any bike can have its gearing reduced – for example, by being fitted with a smaller chainring and/or a larger cassette (or hub gear sprocket). Costs and complexity vary enormously depending on what parts you’re changing and whether you’ll also need different gear shifters. Your local bike shop can advise.

The other option is electric assistance. E-bikes amplify your pedalling effort. Depending on the assistance mode selected, the motor will add anything from 40% to 250% extra power on top of what you’re putting in. It’s a game changer. Crank motors (also known as mid-motors) are a good option for anyone with a disability because they’re more efficient and because they typically have more torque. That means longer battery life, better hillclimbing and easier getaways from the traffic lights.

Crank motors can be found on most bike types. Expect to spend well over £2,000 for any complete bike. You can’t easily add a crank motor from the likes of Bosch or Shimano to an existing (unpowered) bike because the motor unit requires a special frame. Recumbent trikes that have the cranks on boom are an exception, as that part can be easily replaced.

Use of one arm

There are three issues to address: steering; gear changing; and braking. One-handed steering gives less control. A good solution for the rider lacking only the use of one hand is to have a support on the handlebar that the arm or prosthetic can rest on or clip into. This will provide support and steering leverage. If that’s not an option, a steering damper from the likes of Hopey (approx $200) will give more assured one-armed steering. Sitting more upright on the bike, so one arm isn’t also supporting the rider’s bodyweight, can also be helpful. A recumbent tricycle works well too.

One-handed gear shifting is achievable with standard cycling components. Easiest is to use a 1x derailleur setup with a single chainring and a wide range cassette or a wide-range hub gear such as a Shimano Alfine (8 or 11 speed) or Rohloff Speedhub (14-speed). To use a front derailleur, you’ll need a second, different kind of shifter on the same side of the handlebar. So if the rear derailleur is operated by a trigger shifter, the front could be operated by a twistgrip shifter.

Bikes need two independent brakes to be road legal. That’s possible with one hand by using a lever for the front brake and a coaster brake for the rear, which you pedal backwards to activate. This requires a coaster brake hub (from £15) and a new rear wheel built around it. The other option is to have two brake levers on one side of the handlebar. That’s doable but awkward with standard levers. Better is to use a special brake like Hope’s Tech 3 Duo (£185), which has independent levers on one brake lever body. 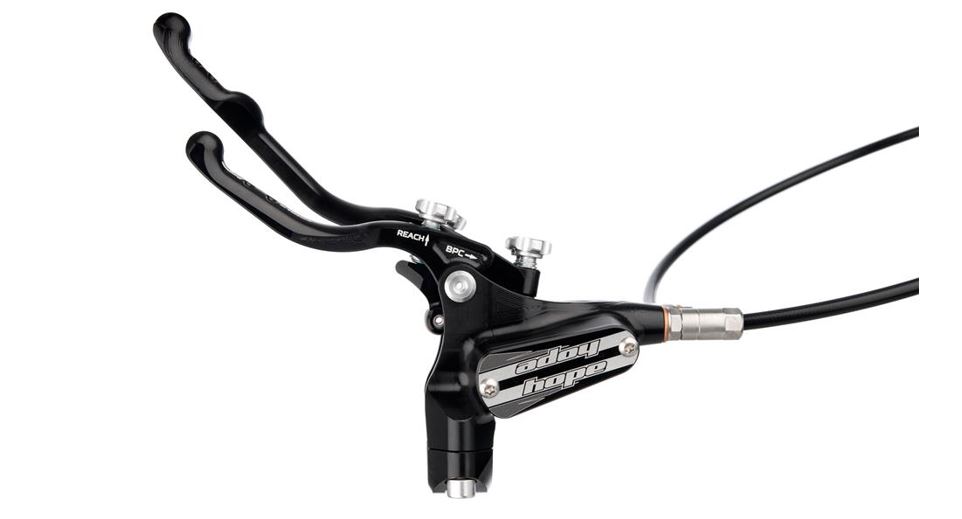 Cycling is still possible. You’ll need a recumbent tricycle such as the Hase Kettwiesel pictured. This can be ordered with shoulder steering, knee-operated hydraulic brakes, and automatic gear shifting. Expect to pay over €6,000 for such a configuration.

Use of one leg

A standard bike is possible. It’s easiest if the ‘bad’ leg can still pedal, which is straightforward with a below-the-knee prosthesis. You’ll need a clipless pedal (and matching clipless shoe) to keep the prosthetic foot in place when pedalling. And you must put your ‘good’ foot down when stopping or you’ll topple over (unless you’re on a tricycle). A dropper seatpost may help with stopping and starting.

If you can only pedal with one leg, you’ll need a clipless pedal on that side so that you can drag the crank around from the bottom of the pedal stroke to the top. As you won’t be able to apply much power through this half of the crank’s rotation, you may want lower gears and/or electric assistance, like anyone else with limited pedalling power. A dropper seatpost can help with mounting and dismounting. A tricycle – upright or recumbent – also solves stopping and starting difficulties.

Once again, a tricycle is the answer. If you have prosthetic legs capable of pedalling, a standard recumbent trike such as the ICE Adventure (approx £3,330) may be sufficient. To keep your prosthetic feet in place, you’ll need clipless pedals or pedal straps. You might also want lower gears or electric assistance, but not necessarily.

A handcycle is the solution for riders who don’t have the option of leg power. The Rehatri Upright Hand Cycle is among the cheapest at £1,290. More sophisticated handcycles, such as a Hase Kettwiesel configured with hand cranks, will cost several thousand pounds. Electric assistance is a worthwhile addition to any handcycle because arms can’t generate as much power as legs. 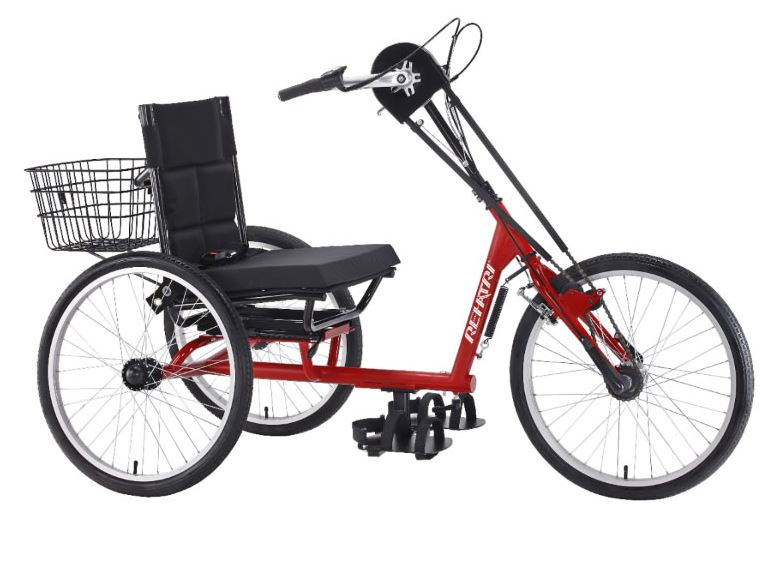 Where to buy adaptive bikes

You won’t find adaptive bikes on the high street; they’re sold only by a small number of specialist shops. The good news, given their price, is that you can still save money on them buy buying through Cyclescheme.

Disability cycling charity Wheels for Wellbeinghas much more information about adaptive bikes, including details of where you can try them out.

Islabikes launch a new bike for riders with dwarfism

Islabikes increase their range of step-through adult models with a game-changing new bike for...

Tricycles and cargo bikes make many more cycling journeys possible. Here’s a selection of some...

An A-Z of cycling with physical disabilities & ailments

Cycling is for everyone, not just the sporty or able-bodied. When you think about it, all...