How to cycle in the wind

Wind, not rain, is the cyclists meteorological enemy number one. Here's how to deal with it on your bike.

Windy weather is hard work on a bike. Cycling in strong winds is not only difficult, but potentially very dangerous. The wind seldom seems to be at your back, so you find yourself buffeted by crosswinds or toiling into headwinds. In the Netherlands they call windy days ‘Dutch hills’; the extra effort involved can be similar.

The first thing to consider when the wind picks up is route choice. Can you adapt your journey to work so that it’s more sheltered? Staying down in valleys is better than going over hilltops. Roads with hedges or surrounded by woodland are easier than exposed ones.

The next thing is road positioning. Stay out of the gutter for all the usual reasons and one more: wobble room. You need enough space to correct yourself if you’re hit by a sudden gust, otherwise you could be forced into the verge or the kerb. Since you won’t be able to hear traffic as well, and in a headwind will find it harder to keep pace, you may find the ‘secondary position’ preferable to ‘taking the lane’ in many situations.

Other advice on cycling in the wind depends on the circumstances.

A tailwind is a wind blowing in the same direction as a travelling object.

Sometimes it does happen: you’re pushed along, effortlessly cruising at a higher speed than usual. Enjoy it while you can! Just be careful to stay in control. With a really strong tailwind you can end up travelling too quickly, especially when riding downhill.

If you’re going for a recreational cycle ride on a windy day, try to plan your route so that you’ll have a tailwind home. It’ll stop you biting off more than you can chew. 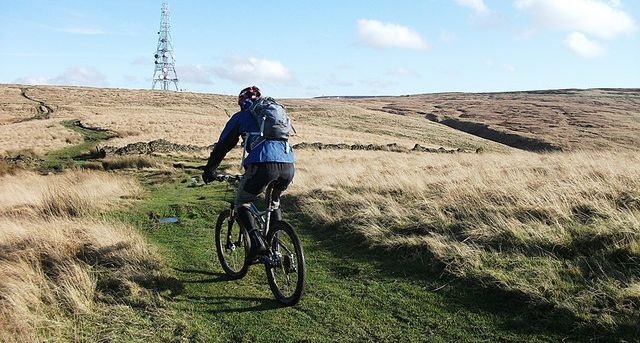 Headwinds are the opposite of tailwinds - a headwind is a wind blowing in the opposite direction of a travelling object.

If it feels like headwinds are more common than tailwinds it’s because we spend longer riding in them, as a result of cycling slower. Cycling against the wind isn’t easy. You won’t be able to maintain your usual average speed so don’t try: accept that your journey will take longer. Set off earlier so you won’t have to ride flat out, and choose a gear that lets you pedal at an easy(ish) cadence.

Unlike climbing hills, standing on the pedals doesn’t help with headwinds. It lets you push a bigger gear but it also makes you a bigger target for the wind. To go faster or use less effort, you need to be more aerodynamic. Avoid flappy clothing that can catch the wind. If your bike has a drop handlebar, get down on those drops. If not, tuck as low as you can anyway.

Note that while aerobars would make you more aerodynamic still, they’re risky in strong winds as it’s harder to steer with them and the brakes aren’t immediately in reach. They’re fine on merely breezy days, however, on long commutes with little traffic.

In some parts of the UK, where the landscape and lack of shelter enable the prevailing winds to blow uninterrupted, frequent headwinds can be a real headache. If they’re stopping you cycling to work as often as you’d like, consider an e-bike.

When it’s very windy, or there are strong gusts, crosswinds are more dangerous to cyclists than headwinds. They can blow you across – or even off – the road. Be especially wary in any situation that suddenly exposes you to the wind, such as a gap in a hedgerow or a line of buildings. Brace yourself and be ready to lean into the wind. Watch out for unpredictable turbulence from large vehicles that overtake you, too.

Do not ride a road bike with deep section wheel rims in strong winds. They can catch crosswinds like a sail, forcing you to fight for control of the steering to prevent being pushed sideways.

A powerful enough crosswind can push any cyclist. Aside from your own strength and mass, the only thing keeping you in place is the traction of your bike’s tyres on the tarmac. Take special care whenever there’s less traction available – when leaning into a turn, for example, or when riding over a slippery surface such as rain-slick white lines. Wider, softer tyres put more rubber in touch with the road so are less likely to skip sideways. 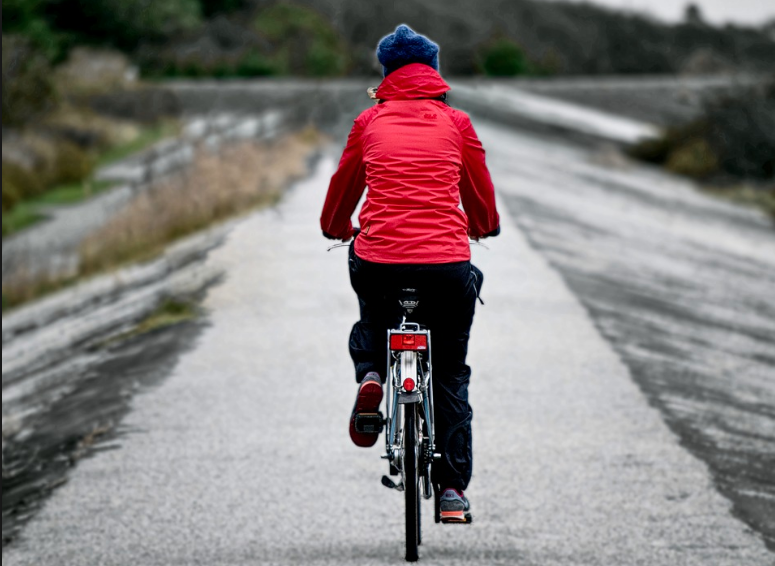 Bike control in crosswinds is easier with a wide, flat handlebar, as it provides more steering leverage. Unfortunately, a wide flat bar is harder work in headwinds… If you’re using a drop bar, don’t ride on the tops with your hands close together; keep them on the brake hoods or drops so your hands are further apart.

What is Considered Windy, and How Do You Know When It’s Too Windy to Ride a Bike?

There will be occasional days where it’s inadvisable to ride your bike. At the less severe end of the scale, that depends on what you’re comfortable with. A 20mph wind is enough to make small trees sway and is very obvious on a bike. It’s seldom hazardous per se, but if it makes you feel unsafe then leave the bike at home. At 30mph, the wind makes cycling quite difficult, even for the more experienced cyclist.

Winds in excess of 40 or 50 mph are gales. A storm is named in the UK when the Met Office rates it amber or red in terms of risk. These colours, along with yellow, relate to the likelihood and severity of potential problems, red’s being ‘very likely’ and ‘high impact’. Forecasters will say things like ‘avoid non-essential travel’. This means your cycle journey to work!

Even if you’re capable of riding in very strong winds, there’s a couple of things to consider.