Change comes from the top

There’s no better way to instil a cycling culture at work and improve the uptake of Cyclescheme among your staff than by getting on a bike yourself.

The more of your staff who cycle to work, the better. It saves you and them money and results in a healthier, happier, more productive workforce – everyone’s a winner. We’ve looked before at what you can do to encourage staff to cycle, but there’s something else that can make a difference: be an example. Cycle to work yourself.

That’s particularly important now, as many businesses begin to return to the workplace. Cycling promotes social distancing, so it’s healthier and safer than public transport. The temptation for many, however, will be to commute by car instead of the bus, train, or Tube. That would create more congestion, along with two problems that could exacerbate the effects of a contagious respiratory illness: more air pollution and more inactivity-related health issues. It’s not easy to convince anyone to change their behaviour, transport related or otherwise, but it’s easier when you lead by example. Actions speak louder than words.

Some of your staff will have preconceptions about cycling, viewing it as the transport of the poor or sporty or slightly-odd; the sort of person who can’t afford a car or, bizarrely, doesn’t want one. When, as the boss, you get on a bike, you’re demonstrating that cycling is an acceptable and sensible transport choice.

You’re also challenging the myth of the car as status symbol. If you’re on a bike, the financial pecking order of the staff car park is gone. Pretty much anyone can afford a bike – especially through Cyclescheme – so it’s democratising when you cycle to work. Parking your bike outside work or carrying your compact folder into the boardroom shows that cycling is for everyone – that ‘we’re all in this together’. 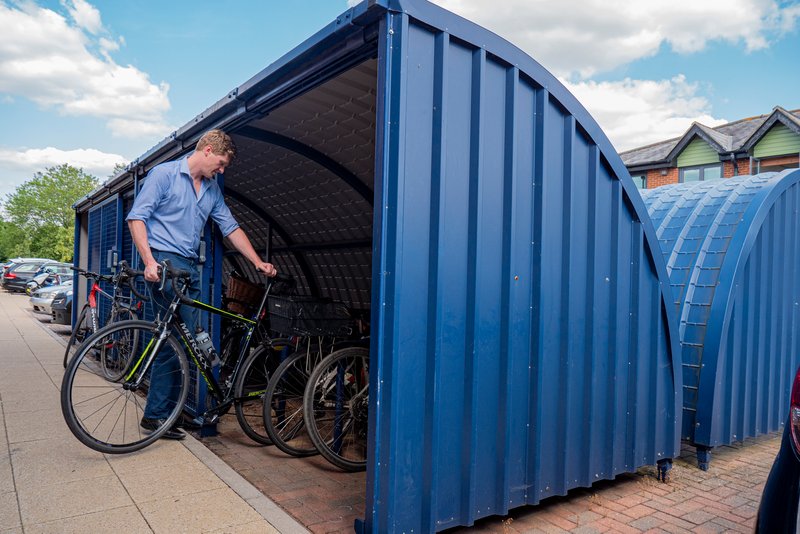 When the boss and senior management cycle, it can also serve as a straightforward reminder that your company offers Cyclescheme. (Indeed, so long as you’re paid by PAYE, either as an employee or as a director of a limited company, you can take advantage of Cyclescheme yourself.) And by cycling yourself, you’ll get to know firsthand the sort of facilities your staff might appreciate, such as cycle parking, lockers and showers.

When choosing a bike for your own commuting, try to get one that demonstrates cycling’s accessibility rather than its athleticism. An e-bike, compact folder, or fully-equipped hybrid that you can ride in normal clothes is more likely to provoke thoughts of ‘I could do that’ among your staff than a top-end carbon racer that evokes images of sportiness and sweat.