This autumn’s climate change conference in Glasgow was a missed opportunity to make commitments to cycling, walking, and public transport.

Transport is one of the big drivers of climate change. It accounts for around a quarter of greenhouse gas emissions, with most of that pumping out of the exhaust pipes of motor vehicles. So you might imagine that there would have been a big push towards public transport and active travel (which is to say, walking and cycling) at COP26. But you’d be wrong.

The message about cycling’s role in fighting climate change couldn’t be missed.  Cycling UK lit up buildings around Glasgow with it, and cyclists paraded through the city’s streets. Yet within the conference itself, cycling wasn’t even on the agenda when it came to transport.

All the talk was about electric cars and charging points. Electric cars do help clean up the air, in their immediate environment at least, because there are no on-road emissions. They’re not a magic bullet: they’re only as green as the electricity that powers them. The UK is pretty good at renewable energy production, and nuclear plays a sizeable role. But even here over 40% of our electricity still comes from fossil fuels: gas, oil, and coal.

So electric car use – and, let’s not forget, manufacture – still causes substantial greenhouse gas emissions. Electric cars also cause congestion, like any car. And transitioning from petrol vehicles to electric vehicles will take time: decades. Some big economies, such as China, the USA, and Germany, didn’t even commit to phasing out petrol vehicles by 2040.

Cycling organisations understandably objected to the lack of focus on active travel, whose transport role could be upscaled immediately at minimal cost. That’s true for electric bikes as well as conventional ones. Compared to electric cars electric bikes are affordable, especially via Cyclescheme. They don’t cause congestion and they’re much more efficient and greener. Even the biggest e-bikes, electric cargo bikes, cut emissions by a third compared to electric vans and by 90% compared to diesel vans. They’re also faster and drop off more parcels in the same time. 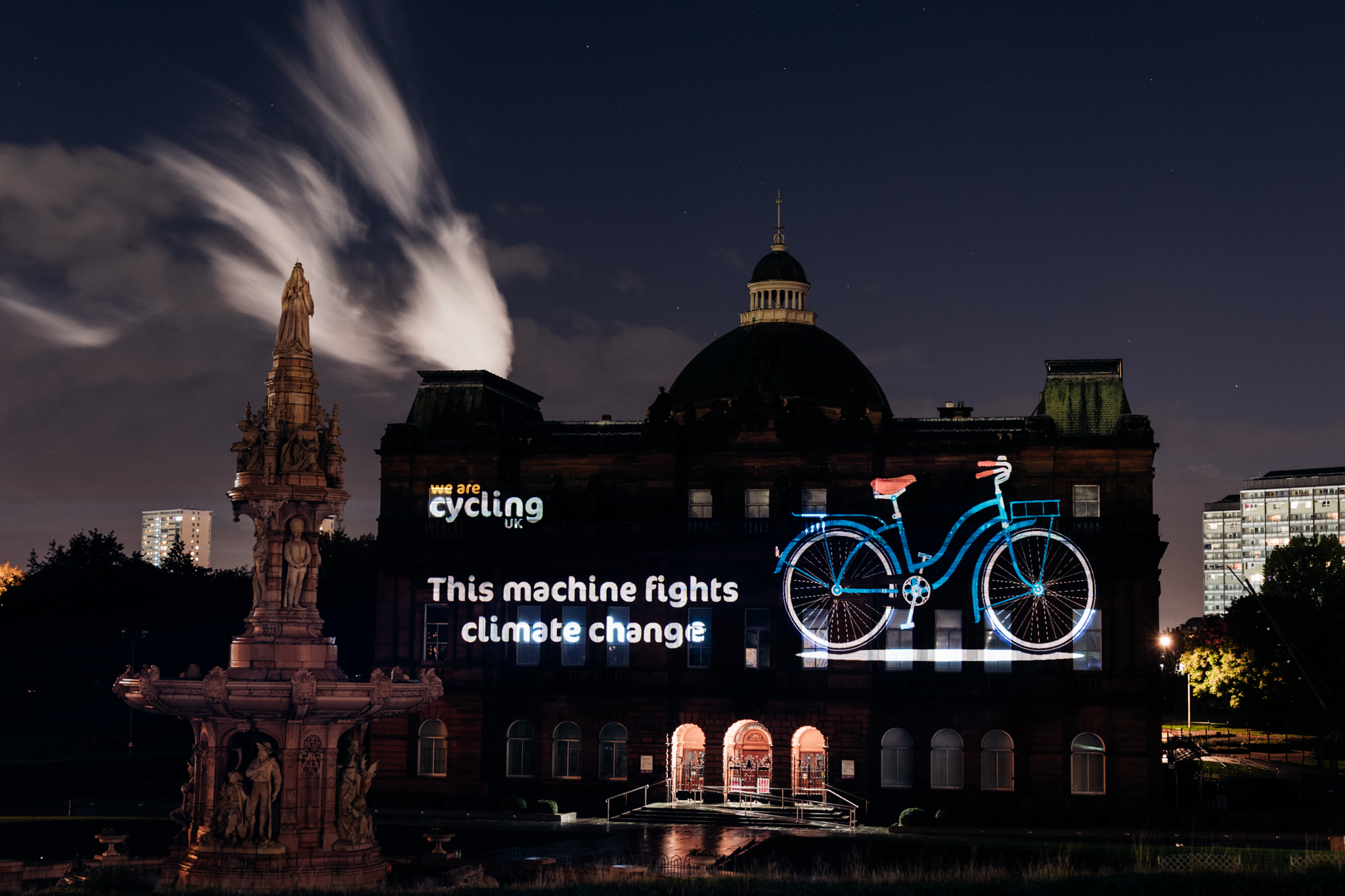 Like conventional bikes, e-bikes were basically ignored. Only the campaigning of cycling organisations and the last-minute intervention of EU urban mobility co-ordinator Matthew Baldwin ensured that bikes were included in COP26 declarations at all, as Forbes reported. The last line of the declaration on electric cars now reads: “We recognise that alongside the shift to zero emission vehicles, a sustainable future for road transport will require wider system transformation, including support for active travel, public and shared transport.”

In terms of commitments to cycling, as well as to walking and public transport, COP26 was a damp squib. Global agreements aren’t the only way change happens, however. Individual countries and, increasingly, cities within those countries are rediscovering what cycling can do for sustainable urban mobility. Look at London or Paris, where cycling levels have surged in the last decade. Look at the Netherlands, which consciously set out to become a more cycle friendly nation in the 1970s.

Even at the level of individuals and workplaces, switching to cycling makes a measurable difference. You’ll be aware by now of the many benefits from cycling to work. Let’s consider just one of them: cycling instead of driving saves 150g of CO2 per kilometre travelled. So a 4km trip to work and back (i.e. 2.5 miles each way) saves over 1kg of carbon emissions per person per day compared to driving. That’s about double the per day benefit of switching to a renewable energy provider, fully insulating your home, or planting ten trees.

COP26 might not have had much to say about cycling but the cycling world has a message for world leaders: on your bike! Cycling fights climate change.

Let’s see what happens at COP27 in Egypt next year...

51% of employees want to cycle to work