Comment: Why electric bikes, not electric cars, are the transport revolution we need 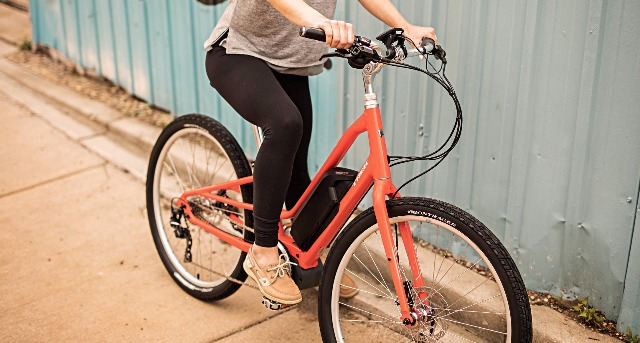 The Government recently announced that new diesel and petrol cars and vans will be banned from 2040. Electric alternatives will glide along as quietly as milk floats and city dwellers will no longer choke on fumes. So far, so good, but this won’t be a utopian dream made real.

For one thing, electric cars won’t necessarily reduce air pollution. They will move it from the exhausts of vehicles to the chimneys of power stations. That’s still better for anyone who lives near, or uses, busy roads, but it won’t reduce global warming. Battery vehicles are only as green as the electricity supply they use, and most of the UK’s electricity is produced by burning fossil fuels – primarily gas and coal.

Secondly, vehicles don’t only pollute the air by burning fuel. Half of all particulate matter produced by vehicles is dust created by tyre and brake pad wear. This is not good for you if you breathe it in, and electric cars create just as much as petrol or diesel cars. Frank Kelly, Professor of Environmental Health at King’s College London and the Chair of the Committee on the Medical Effects of Air Pollutants, summed it up simply in The Guardian on 4 August: ‘The government’s plan does not go nearly far enough. Our cities need fewer cars, not just cleaner cars.’

Pollution is only one of the costs imposed by motor vehicles. Congestion is another, and electric cars generally take up just as much space. There’s a huge economic cost to this.

Then there’s the issue of obesity and its related health problems. We’re eating too much and not getting enough exercise, despite most journeys being short enough to be made by ‘active travel’ – walking and cycling. Electric cars do nothing to help.  Electric bikes do because they’re pedelecs. The motor and battery amplify your efforts: they only provide power when you pedal.

There’s a perception of cycling as strenuous. If you’re unfit, or live somewhere hilly, or have a heavy load to carry, it can be. Electric bikes address these issues and make cycling more accessible to more people for more trips.

Electric bikes aren’t quite as environmentally friendly as conventional bikes that use only human power. But an electric bike isn’t an alternative to cycling; it’s an alternative to not cycling. Switching from a car (any car) to an e-bike brings big benefits. It’s a boost to individual health, and on a larger scale the health of the nation. It reduces congestion, as an e-bike takes up no more space than a regular bike. And it reduces pollution, because the power consumption of an e-bike is tiny. E-bike motors in the UK are limited to a continuous output of no more than 250 Watts. By comparison, an electric car’s motor might be 80kW, which is 80,000 Watts. Even a kettle requires 2kW!

Saddle up for Cycle to Work Day

Cycle to Work Day celebrates its 10th anniversary on 4 August. There are great prizes up for...

Check out their top tips of cycling to work and reasons why they enjoy it.