How to change gear efficiently

Crunching changes, failed shifts, and stalling are just as bad on a bike as in a car. Here’s how to get it right when changing gears.

Drivers have it easy - the clutch (assuming there is one) disengages the drivetrain so that a driver can change gear as easily at 60mph, as while sitting at the traffic lights.

A bike is different: it’s always in gear and shifting up or down whenever you want isn’t always an option. You’ll probably notice that you can’t shift gears at all while stationary, or you’ll feel when your hub gear shifts poorly whilst pedalling.

You need to anticipate gear changes when cycling. It’s something you’ll have been taught if you’re a driver – shifting down as you approach traffic lights, for example, so you’re able to pull away promptly and easily. On a bike, the chances are that you’ll have been learning as you go. So you’ll likely have found yourself stuck in top gear at a red light. Maybe you’ve come to a dead stop when trying to climb a steep hill in the wrong gear? Perhaps you’ve tried to shift gear on a steep hill and had nothing happen?

When you’re in the wrong gear, you can deal with it to an extent by pedalling faster or slower – usually slower, standing up to press harder on the pedals. Cyclists on singlespeeds have to do this. The whole point of variable gears, however, is to keep you in a comfortable cadence range.

Like a car engine, the human body has an optimal power band – a range of revolutions per minute within which it works most efficiently. It’s somewhere between 60 and 100rpm. Some cyclists are comfortable with a wide range of cadences. If that’s you, a smaller number of gears with bigger steps between them will be sufficient. If you prefer to keep your legs spinning at 80-90rpm, you’ll want a wider range of gears with smaller steps between them.

The right time to shift up or down depends on how you like to pedal. Cyclists who tolerate different cadences well can shift gear less often and later in response to gradients or junctions. Those who prefer to keep their legs spinning at the same speed will need to shift gear more often – and sooner when the terrain or traffic conditions dictate.

The biggest difference in when and how to shift is determined by the type of gears your bike has:

A derailleur works by derailing the chain, moving it from one cassette sprocket or chainring to another. It’s designed to do this while the chain is moving forward – that is, while you’re pedalling (not back-pedalling). If you try to change gear when stationary, nothing will happen until you start pedalling. The chain will then either jump noisily into position or jam. Never shift derailleur gears unless you’re pedalling.

Don’t try to shift derailleur gears when you’re standing on the pedals, whether that’s riding up a hill or accelerating from the lights. Sit down, shift gear, then stand up again if you need to. Front derailleurs struggle to shift under high pedalling loads even when you’re sitting. So if you’re climbing a hill, shift into your smaller chainring early – before it gets too steep to do so. 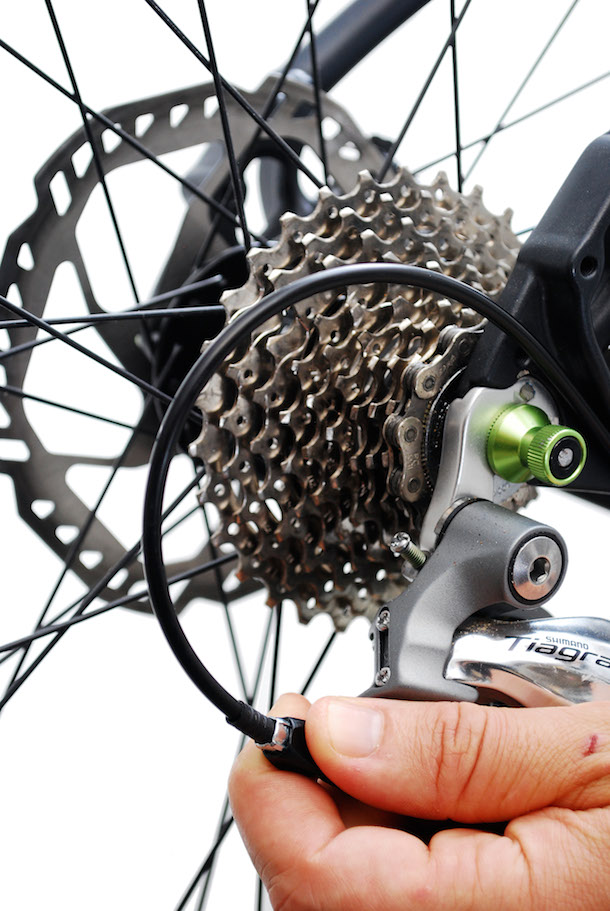 Rear derailleurs require less anticipation: you can keep clicking down to bigger sprockets as you climb the hill, as long as you can turn the cranks without straining too hard. Under maximum pedalling efforts, rear derailleurs don’t shift well – or sometimes at all. You may jam or snap or the chain.

Upshifting (to a higher gear) is simpler. You’ll already be pedalling at a reasonable cadence, otherwise you wouldn’t bother changing up. As long as you’re sitting down and pedalling easily, upshift whenever you want. Only racers need to anticipate upshifts.

The shifting performance of derailleur gears depends on correctly-adjusted derailleurs and an unworn drivetrain.

When you shift up or down using a hub gear, the important stuff happens inside the hub shell. The chain doesn’t move – or need to move. So you can shift from top gear to bottom gear while you’re stationary. That’s a big advantage for hub gears in stop-start urban conditions. Much less anticipation is required than with derailleurs.

It’s nevertheless helpful to change down into an easier gear sooner rather than later when you’re climbing a hill. Hub gears shift best – and in many cases, they’ll only shift at all – when you’re not pedalling. A short pause in pedalling is seldom a problem but might be enough to make you stall on a hill.

Some hub gears, notably the Rohloff Speedhub and the Shimano Alfine 8, will shift gear while you are pedalling, as well as when you’re not. Like derailleurs, they shift best under a light load. If you’re pedalling hard, the hub may fail to shift – and you may even damage it. 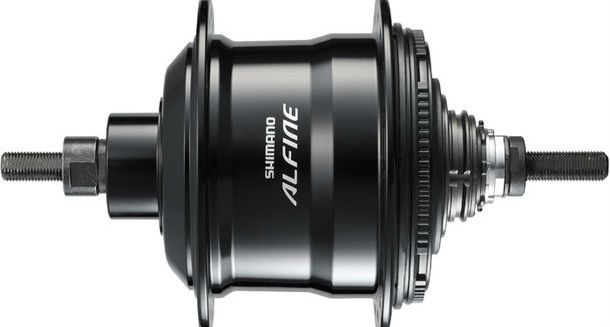 The shifting performance of hub gears is affected by cable tension (and also by the state of the oil or grease inside the hub) but not by wear to the chain, chainring or sprocket. Chains on hub gear bikes can therefore last much longer before needing to be replaced.

Some old hub gears had a ‘neutral’ position with no drive to the rear wheel. It was a nasty shock if you accidentally shifted into neutral as you’d find yourself pedalling air, struggling to avoid an accident. But luckily, this isn’t a problem with modern hubs…

…Struggle with some of the terminology used in this blog? Look up the definitions you don’t know using our handy jargon-buster.

How to cycle in low sunlight

Winter sunlight can dazzle drivers and cyclists alike. Here's what you can do to see and be seen.

How to know when you need to replace your tyres

A worn or damaged tyre could cause a blowout and sudden loss of control. Here’s how to spot when...

How to use tyre valves

Whether pumping tyres or buying innertubes, you need to know what valves your bike has and how...