Round Up: Folding e-bikes 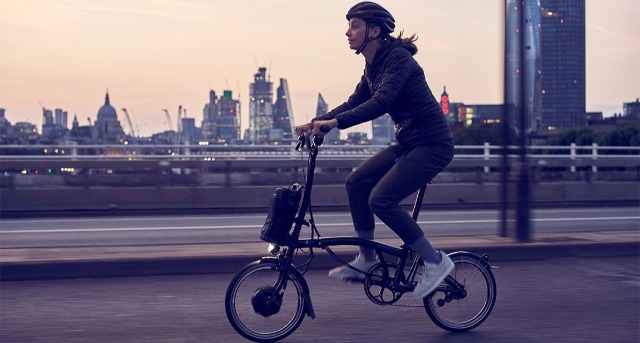 An e-bike that folds provides sweat-free cycling wherever you’re going and however you’re getting there.

Folding bikes are ideal for the last few miles of longer journeys by train, bus, or car but can feel like hard work when you’ve got further to ride or hills to climb. One solution is to go electric. Like any e-bike, a folding e-bike augments your pedalling effort so you can cruise at 15mph instead of struggling and sweating.

The motor and battery add considerable weight. This is a big issue for a folding e-bike because you’ll have to lift it. Do so as little as possible! If it can’t be rolled on wheels or casters when folded, unfold it and push it along as a bike instead. Use the lift at railway stations, not the stairs.

Electric assistance bumps up the price too – and decent folders aren’t cheap to begin with. Expect to spend more than £1,000. That’s above the usual Cyclescheme certificate limit, but some employers will allow you to pay the difference up front. 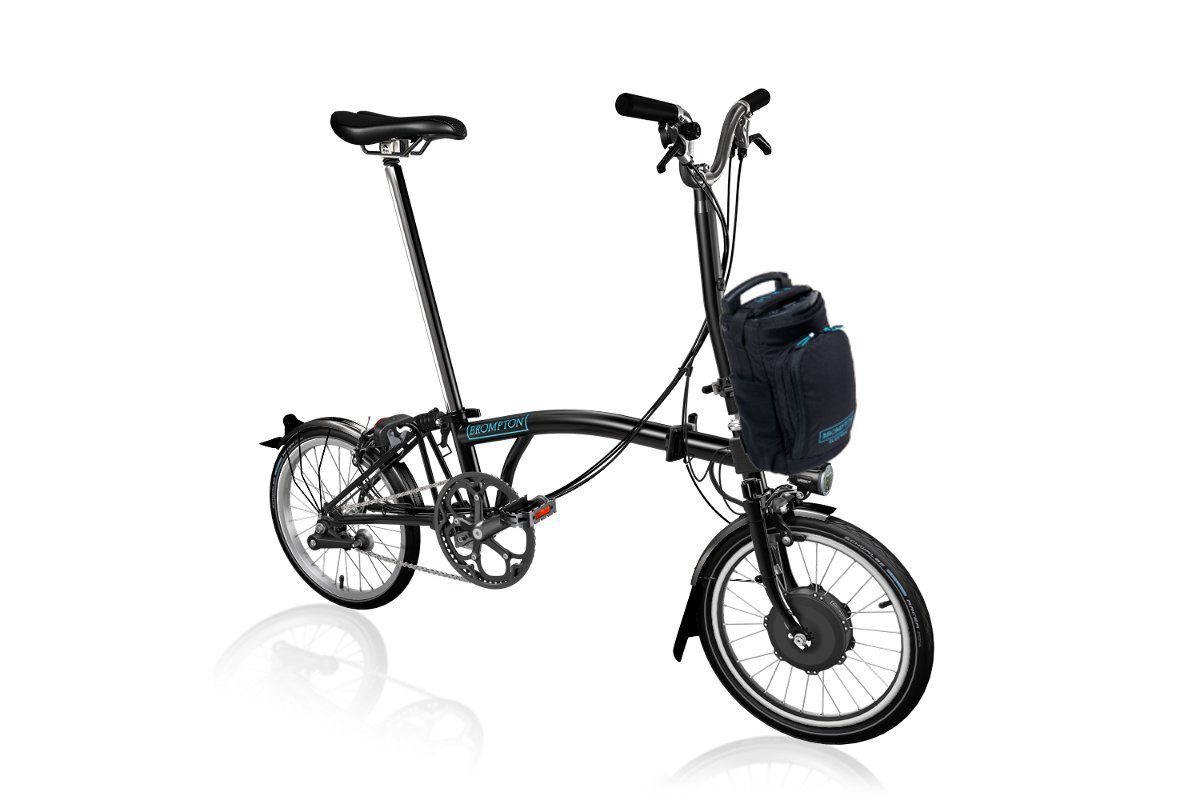 It’s a Brompton with a 250W front hub motor and a 300Wh battery that folds to the same diminutive size as a standard model. There’s enough juice for assisted journeys from 25-50 miles. The battery pack sits in a bag that clips on the front, the luggage block cleverly doubling as an electrical connector. This makes the Brompton Electric easier to carry than most e-folders because 2.9kg of its 16.6kg weight (the battery) will be in a shoulder bag. The e-bike controls are on the top of the battery, so the folded bike has few vulnerabilities. It’s available as a 2-speed or a 6-speed. 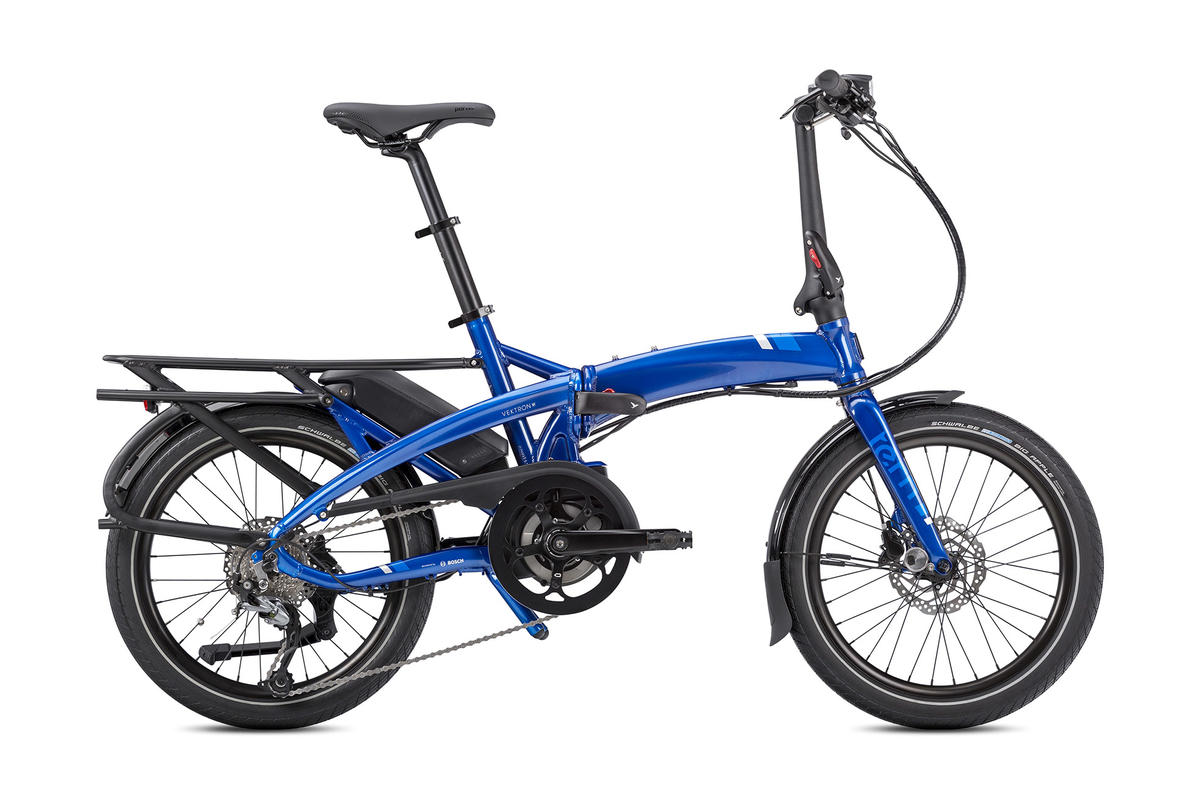 This is the least expensive of the new Vektron models, which take design cues from Tern’s GSD electric cargo bike. It will carry loads well and even take a rear childseat, and it can be parked vertically on its rack when folded. It’s easy to roll around on its wheels when folded; just as well as you don’t want to be hefting its 21.9kg weight too often. A 400Wh battery will power the Bosch bottom bracket motor for 30-80 miles. Fat Schwalbe Big Apple tyres on 20-inch wheels give a forgiving ride for a folder, while the hydraulic disc brakes are excellent stoppers. It’s bulkier than the Brompton Electric but still small enough for a train. 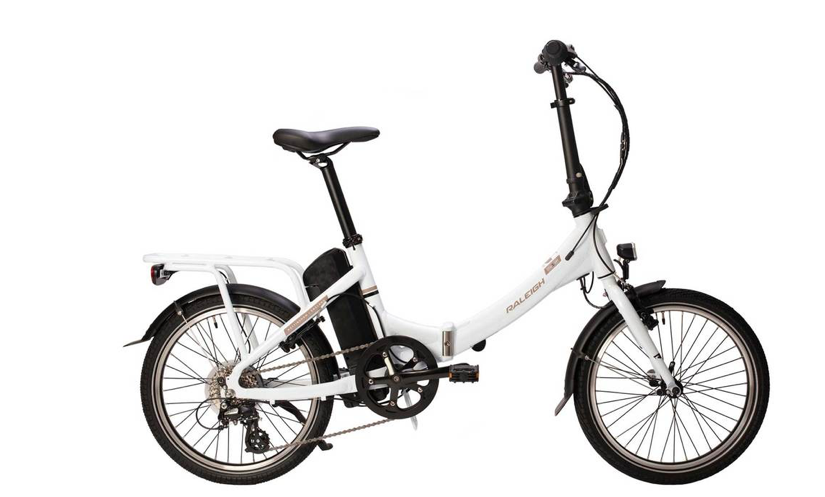 The Stow E-Way is proof that you can get a decent folding e-bike at close to £1,000. Folding is simple and intuitive, and with its 20-inch wheels it packs small enough to travel unrestricted on trains. It’s powered by a 250W TranzX rear hub motor and a relatively small capacity 260Wh battery; range is about 30 miles maximum. That battery is well placed for balance whether the bike is folded or unfolded. While heavy (20kg), the folded Stow E-Way can be easily rolled around on its rear wheels.

Round Up: Bikes for shorter riders

Find the perfect bike for shorter riders, with the help of this expert guide from Cyclescheme -...

Round Up: 7 non-technical 'get you home' tips

You don’t have to be able to repair your bike to enjoy worry-free commuting. Most roadside...

Round Up: Reasons why you should be cycling to work

If you aren't already enjoying the benefits of cycling to work, or need a little convincing,...