How to save money on bikes 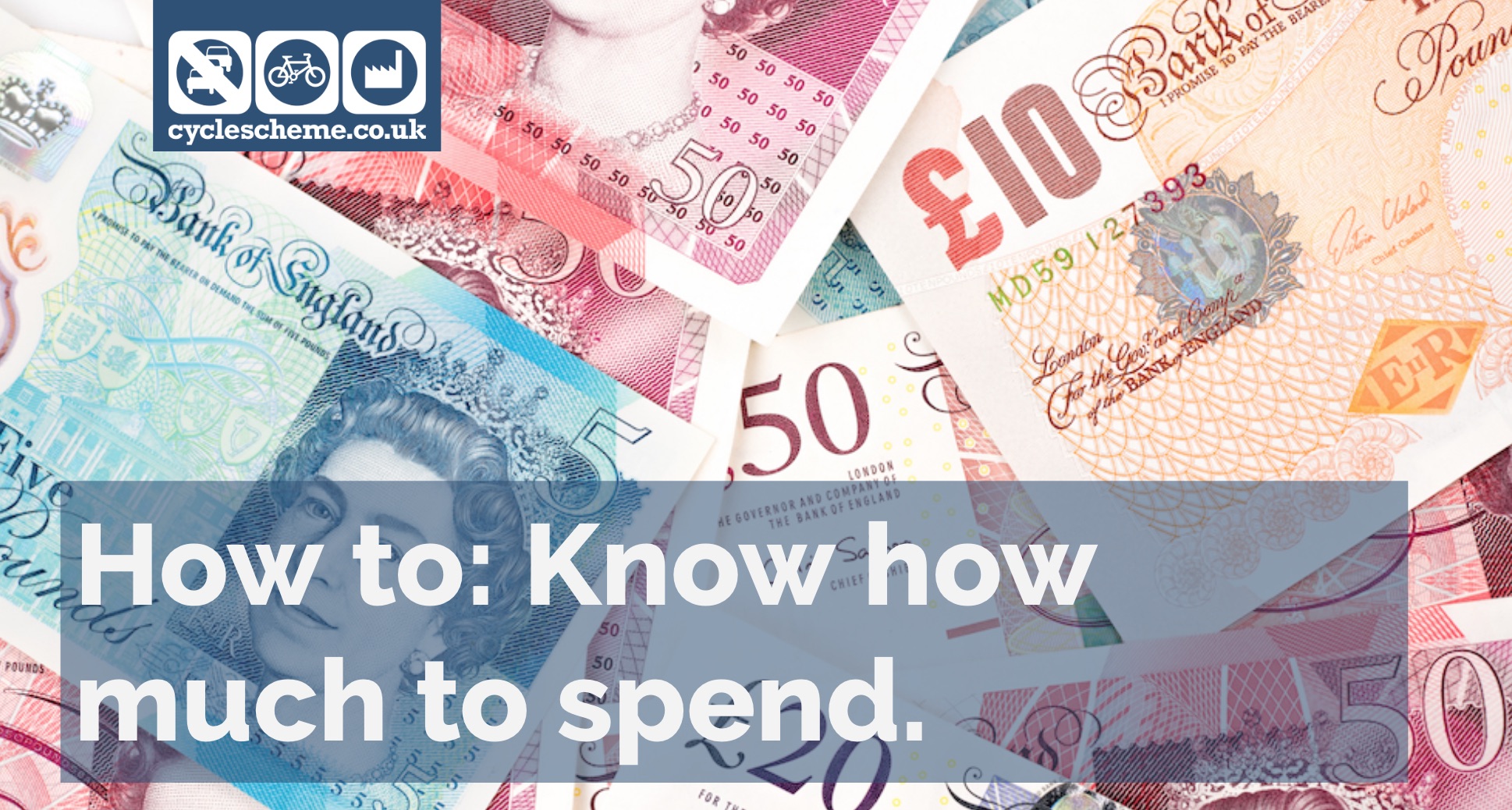 Since you’re saving money and spreading the cost, even expensive bikes are affordable through Cyclescheme. But what’s the limit?

You can get virtually any bike through Cyclescheme. It can be any brand, and you can be anywhere in the country. There are over 2,000 Cyclescheme retailers nationwide, and you can order in store, online, or through click-and-collect or brand direct services.

How you get your bike is up to you. You might draw up a shopping list with a Cyclescheme retailer, then request a certificate to spend with them for that amount. Or you can decide later, applying for a certificate of a specific value, then choosing where and how to spend it. Once you know how much you want to spend, you can make your application.

How Much Can You Spend with The Cycle to Work Scheme? And Can I Get More Than One Bike? That Depends...

The limit was historically £1,000, including VAT. The limit was ordinarily set at £1,000 because the Office of Fair Trading (now the FCA) decreed that’s the maximum allowed under the Cycle to Work Group Credit Licence, which the majority of employers tended to operate under. Now, however, many employers are offering schemes without limits. They can do this thanks to an update of Government guidance and Cyclescheme's 'Freedom to ride' program. To check your employers limit, simply login to the Cyclescheme site via our homepage (use our search for your employer tool).

The scheme can be used for a bike, cycling equipment, or a combination of both. You can even get two bikes – to use at each end of a train journey, for example – so long as they didn’t total more than your certificate value. If you had one certificate for £1000, you could spend £600 on one bike and £400 on another. You would need to get both bikes from the same retailer though.

The Cycle To Work guidance has been updated...

How Many Times Can I Use The Cycle to Work Scheme?

Once you’ve finished making salary sacrifice payments, you can have a second (or third or fourth…) bite of the cherry. So you might get a bike worth up to £1,000 in year one, equipment worth the same in year two, and another bike in year three. 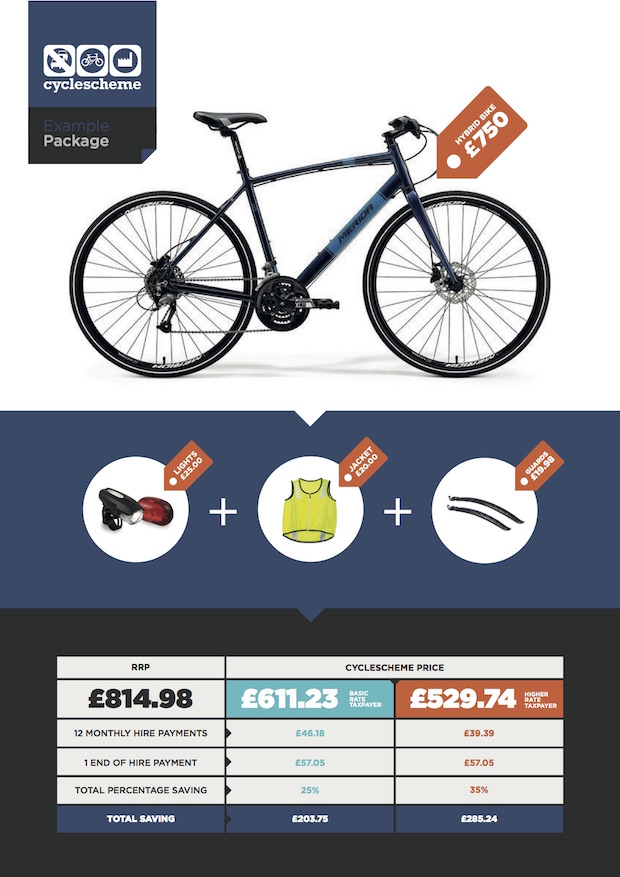 Can I Spend More Than £1000 With The Cycle to Work Scheme?

What if the bike you’ve got your eye on costs more than £1,000? This is a particular issue with electric bikes, where prices are higher due to the addition of the motor, battery, and controls. But plenty of conventional bikes cost more than £1,000; it would be easy to spend more than a grand on a commuting stalwart like the Brompton folder.

Lowering your expectations and choosing a cheaper bike isn’t the only option. Most Cyclescheme-registered employers will allow you to save on the total value of the bike using by using the 'Freedom to ride' service. Freedom to ride allows employees to make full savings on cycle to work packages of any value.

If your employer does have a set limit, then you will need to choose a cycle to work package that costs up to their limit (you cannot add funds on top).

What Other Savings Are There With The Cycle to Work Scheme?

If you were a standard rate taxpayer, you could expect to save £250 through the reduction in your income tax and national insurance payments. So the £1,000 bike would end up costing you £750 (inclusive of an ownership fee) – a handsome saving. And don’t forget that the bulk of the cost would be spread over 12 months too.

Check your savings using our calculator.

Does My Employer Have to Let me Spend £1,000 Through Cyclescheme?

While the vast majority of employers will offer 'Freedom to ride' – they are free to impose a lower limit, such as £500. Whether the limit is £10,000 or £500, you’re not obliged to spend up to it. You could get a bike costing only £300, for example. There’s no minimum value for a Cyclescheme certificate.

For some employees on lower salaries, the maximum value of their certificate may be less than £1,000, even if that amount is available to other employees. That’s because salary sacrifice payments cannot reduce anyone’s salary to less than the National Minimum Wage (NMW). They must still be earning at least the NMW after Cycle to Work deductions.

For example, if you earn 11 pence more per hour than the NMW and work 37 hours a week, you could get a Cyclescheme certificate for just over £210 (11 pence times 37 hours times 52 weeks is £211.64). That assumes a one-year salary sacrifice period. Employers can help low earners participate in the scheme – and get higher value packages – by extending the salary sacrifice period to two or even three years. A three-year period would enable an employee earning 11p more than the NMW to get a certificate worth over £600.

How often should I pump up my tyres?

Tyres that are too soft spoil the way a bike rides and make punctures likely. Pumping them up...

Cycling is a good way to make essential journeys or take exercise, so long as you follow...

How to adjust your bike, not your clothing

You don’t need to look like a racer for the journey to work. Normal clothing is fine – as long...