How much money does cycling save you? 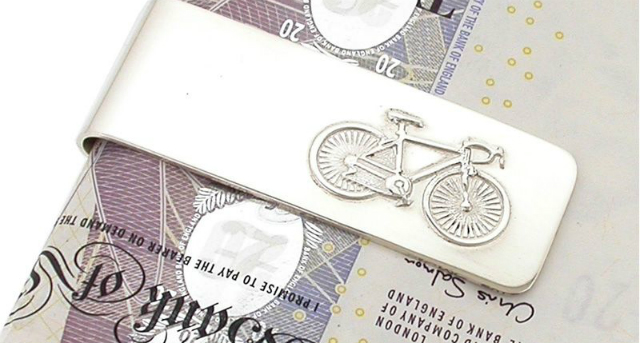 Cycling burns calories rather than cash. Switch to a bike for your journey to work and you could save over £3,000 every year.

Cycling is second only to walking as the cheapest way to get to work, and it's far more practical over average commuting distances. Here's how it stacks up against other forms of transport for a typical 5-mile each way commute. To get a round number for annual mileage, we've assumed our cyclist will travel for 50 weeks a year rather than 48 as that gives 2,500-miles per year.

Our sample cyclist gets a £750 bike and £250 worth of equipment through Cyclescheme. For a standard rate taxpayer, the real cost of this £1,000 package is thus £750. We're assuming that they'll use the bike and equipment for five years, after which it will become worthless and need to be wholly replaced. (This is close to a worst-case scenario – most cyclists will do better.)

These are the annual costs:

A fifth of the total amount paid.

This is approximately what specialist cycle insurer Bikmo quote for a £750 bike including cover for £500 of clothing, accessories + equipment for someone living at the expensive SW1A 0AA postcode. (That's the Houses of Parliament, in the middle of London.)

Since many drivers will have breakdown cover, we added Cycle Rescue to our cyclist's Cycleguard policy. That bumped the cost to £96, which is £14 extra.

Money for lubricants and for slowly replacing things like tyres, cables, chains, cassettes etc. We're not assuming you do the work yourself: a Gold service at Evans Cycles costs £110, and other shops will be similar.

You'll burn more calories commuting by bike, but these are as likely to come from excess body fat as extra bowls of cornflakes. There may or may not be a small bump in your food bill.

The running costs of car aren't too bad compared with public transport. The AA reckons they're about 19p per mile for a budget car. That's £475 per year for a car doing a very modest 2,500 miles.

Few people buy a £10,000 car for cash. A five-year car loan at 3.5% APR would cost an additional £915 in interest, pushing our This Is Money figure to £3,727. That's a massive £1.49 per mile! It's so high because the mileage figure in our example is so low. This is an important point: if you have a car, it makes financial sense to use it. It's disproportionately expensive to have a car sit scarcely used on your driveway. Cycling to work instead of driving will save you hundreds of pounds every year, but if your commuter bike is a replacement for a (second?) car you no longer need, it will save thousands.

We haven't included parking fees in the costs of driving. Unless your employer provides parking – which has a cost for them instead – you'll pay from around £3 per day for a spot at a park-and-ride up to around £20 per day for an NCP carpark. Even £3 per day is £720 for a 48-week year. If you drive into London, the congestion charge adds another £11.50 per day, which is additional £2,760 per (48 week) year.

A driver who wants to keep as trim as a cycle commuter may well spend £50 per month on gym membership. That's another £600 per year.

Regular rail commuters will buy an annual pass rather than paying exorbitant walk-on fares. The average cost of annual rail pass is 25p per mile, according to figures from Rail Delivery Group and Campaign for Better Transport and quoted by the BBC. So a rail user doing 2,500 miles per year, like our commuting cyclist, would spend £625 on a pass. Most season tickets will cost more than this as rail users tend to travel further. There may be station car parking charges and driving costs to include too.

What about the Tube in London? An annual zone 1-2 Travelcard costs £1,320. If you use that to travel 5-miles to work and back each day, that's 53p per mile. While you could make extra trips at zero additional cost, don't forget you can make additional trips on your bike at negligible cost.

With different assumptions, the figures in our examples can be finessed. But here they are as guidelines for a 5-mile each way commute, in ascending order of cost.