Get employees (back) into the saddle

Everyone wins when an employee decides to commute by bike. Here’s how to encourage your non-cycling staff to get (back) on two wheels.

Cycle commuters enjoy better health and save money. Employers get happier, more productive staff. There’s less air pollution and traffic congestion for us all. Despite these positive points, it’s hard to convince people who haven’t been on a bike since childhood to convert to a cycle commute.

You need to provide support that addresses the reasons that your non-cycling staff have for not wanting to ride a bike to work. Here’s how:

This is the big one. Survey data shows that  nearly two-thirds (62%) of adults agree with the statement: ‘It is too dangerous for me to cycle on the roads.’

While the perception of danger is worse than the reality, traffic-free routes are key for converting non-cyclists. You could: 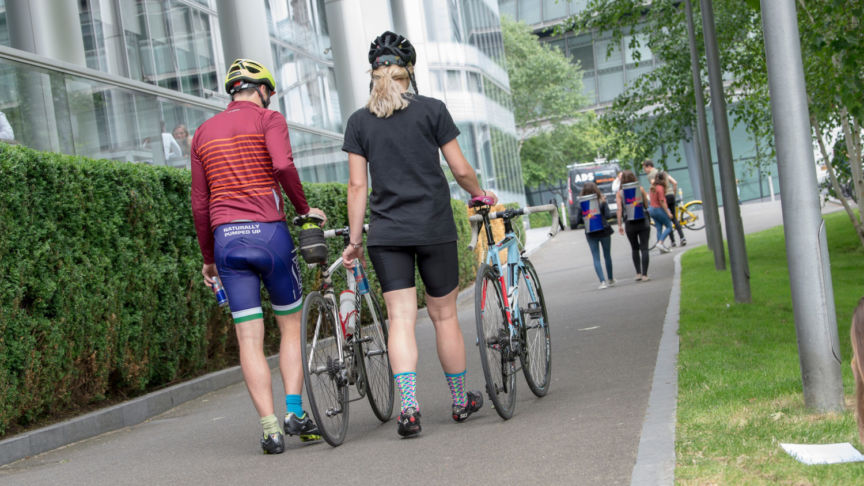 Don’t own a (working) bike

Many non-cyclists don’t own a bike, or if they do it’s unrideable due to disrepair. A functional bike is a critical first step. You could:

Believe cycling is harder and slower than driving

Non-cyclists won’t realise how much easier it is to cycle on a quality lightweight bike that fits them properly – never mind an e-bike! They might not know that cyclists are faster than drivers in urban areas. You could:

The reality is that many non-cyclists won’t have even thought about cycling. So why not just start that conversation? You could:

Ready to add Cyclescheme as an employee benefit?