Communicating Salary Sacrifice on the ‘Nice to haves’

Few would doubt it’s been a rough few years for staff when it comes to wages. Below inflation pay rises, plus rises in the cost of living have seen workers’ incomes fall 3% in real terms between 2009-13. Pressure on families is now so tight 9 million staff say they have no savings at all, while latest figures show workers have just £15 (or 6% of their weekly disposable income) left to save.

Few would doubt it’s been a rough few years for staff when it comes to wages. Below inflation pay rises, plus rises in the cost of living have seen workers’ incomes fall 3% in real terms between 2009-13. Pressure on families is now so tight 9 million staff say they have no savings at all, while latest figures show workers have just £15 (or 6% of their weekly disposable income) left to save.

In such testing times, you’d expect few people to voluntarily agree to a ‘cut’ in their headline pay. However, it’s exactly because Britons have faced such big fiscal pressures that doing this, via salary sacrifice, (ie giving up a slice of salary in return for a non-cash reward), has actually been the benefits success story of the last few years.

The Towers Watson’s Flexible Benefits Research 2014 report finds 37% of employers now structure their flex benefits around salary sacrifice, up from 30% in 2011. Growth has been particularly high in pensions and childcare, and it’s not difficult to see why. Through salary sacrifice, staff can ‘save by spending’, if they’re using salary sacrifice to buy products/services they would have bought anyway. For example, for those close to certain income tax boundaries, and who already pay into a private pension scheme, salary sacrifice can significantly reduce people’s tax bills. An employee on £112,950 who uses salary sacrifice can put £12,950 into their pension to reduce their pay to £100,000 and in doing so they’ll see their tax bill fall by £7,750 (source: Standard Life). Those on more modest wages can see sizeable gains when they use it to pay for childcare. For example, if an employee earning £20,000 sacrificed the maximum £243 a month to buy tax-free vouchers, their net take-home might fall from £1,571 (non-sacrificed) to £1,406, but add the value of their vouchers they effectively end up with £1,649 per month, some £78 a month better off.

These examples are very much salary sacrifice’s easy-wins, and no-one would begrudge people using it for this reason. But with salary sacrifice now extending beyond these options, to also include company cars, cycles and home computers there could arguably be a problem. Yes, there might well be more choice, but it is also possible that computers and bikes run the risk of being seen as nice-to-haves rather than essentials. So for promoting these additional extras, should a different strategy be followed?

“Salary sacrifice is always an exercise in good communication, so on one hand the rules of promoting the benefits, and showing the financial calculations are the same,” says Simon Parson, Director of Payments and Benefits Compliance, Ceridian. “But, when it comes to promoting extras, the key thing to remember is to communicate that people are still agreeing to a pay cut, and that people are still buying something at a cost to them, so it has to be something they want.”

Others argue a different approach is needed. Cycling and home computers fit more into the health & wellbeing and lifestyle benefits categories. Experts say the focus for promoting these should move away from the cold, hard numbers game that comes with pensions and childcare, and more to communication that puts cycling and working at home at the centre of a company’s health agenda. Jeff Archer, CEO of wellness consultancy, The Tonic, says: “I’m fairly certain the extent to which some promote cycle to work is that people can get a £500 bike for nearer £300. While that’s true, what I think you really need to do is get people excited about cycling; you need to capture their imagination, because that’s what fuels demand, not necessarily the promise of getting a new bike for less money.” 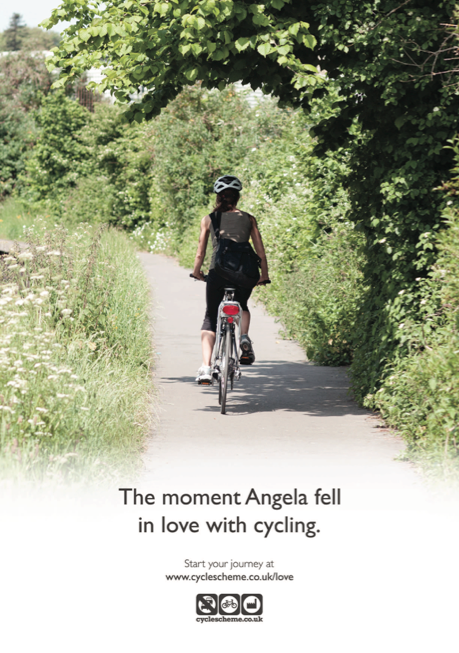 He argues communications should highlight the social as well as the health benefits, and that communications should surprise people too: “There’s a body of evidence that says cycling helps people sleep better, but this isn’t well known, or well publicised”. Archer goes on to say “Another tactic benefits heads should follow is to support it with other health and wellbeing activities – so that other health pushes take over in the colder, winter months, when fewer people tend to want to cycle anyway.” He says using tie-in events – such as The Tour de France and country-wide Sky Rides also helps promote cycling as an activity in its own right as well being made possible through a cycle to work scheme.”

Keeping with utility cycling, campaigns like Cycle to Work Day offer employers the perfect vehicle for promoting Cyclescheme. The national day gives employers the chance to showcase their commitment to everyday cycling and can help galvanise employee interest on a specific day of the year. Likewise, the lead up to Christmas is a great time to showcase computer schemes. 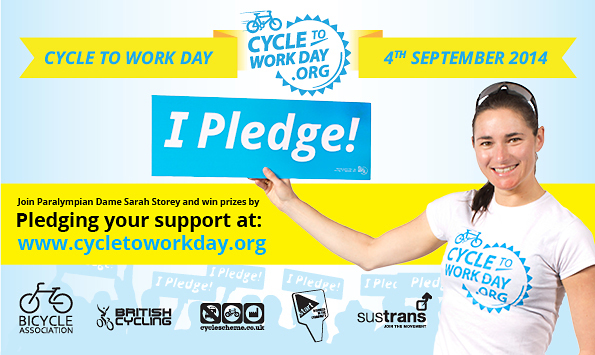 Latest Cyclescheme stats reveal that 450,000 people have signed up to Cyclescheme. Nationally numbers in 2013 were up 16% on 2012. The growing health agenda is causing this, and best of all, promoting cycling salary sacrifice as a health perk is actually what employees want. Further research by the Cycle to Work Alliance finds that while 72% of people say they wouldn’t have joined without the tax benefits, 89% of those who have signed up said that keeping fit (rather than money off) was what was important to them in making their decision.

Advertisers will tell you it’s lifestyle that sells, and if this is true for cycles, it’s arguably also true for computers. Staff might need some salary reduced to buy a PC or an iPad, but if the benefit can be sold in terms of either a reduced commute, a better work-life balance or a reduction in office stress, it can be seen as a small price to pay.

For example, this year, employees will gain 20 million more leisure hours by working from home. Saving a 30-minute commute adds up to 125 hours every year. Studies by employers who enable home working, prove it works. During the Olympics, when civil servants could work from home, results from the seven-week experiment found 71% of commuting journeys were positively changed; 35% of journeys were removed altogether (the majority saw staff worked remotely), with there being a 93% increase in the number of remote access users. Adds Yahoo journalist Cathryn Harper: “Eating at home costs less; reduced car mileage could lower employees’ car insurance too, while they also save from reduced maintenance costs”. All these outputs are great messages to focus on when promoting benefits such as computer schemes.

Rose Howley, Director at the Chartered Institute of Payroll Professionals concludes: “As long as people are aware of the impact on their take-home pay, and as long as low earners in particular don’t drop their wages to levels below a point that would affect their statutory benefits like maternity or sick pay, then salary sacrifice is an excellent benefit to communicate.” Just remember to make staff feel the cut in pay is more than made up for by the benefits they get back.

If buying extras through salary sacrifice is seen as a cost, then talk-up the savings and highlight the benefits. MoneySupermarket’s ‘Cost of Commuting’ and Cyclescheme's annual survey found:

Cyclescheme and Computingscheme marketing material such as posters, eFlyers and presentations are freely available and can be accessed within employers MySchemes Accounts.

Not a Cyclescheme client – what’s the deal?

You can enroll your company with Cyclescheme at no cost here.