Cycle to Work Day 2016: The Cycling Campaign of The year 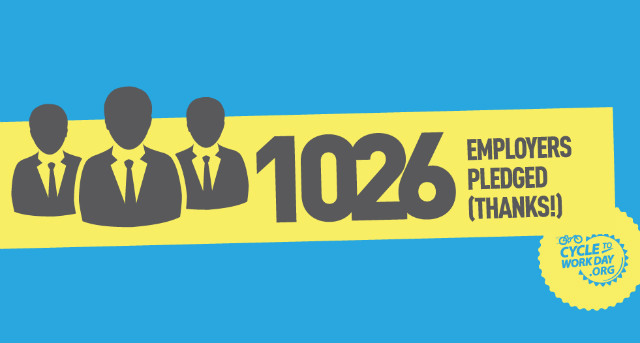 Thank you for taking part in Cycle to Work Day 2016 – the most successful so far!

Here’s a quick look at the numbers, and some of the activities that took place on the day. This year’s Cycle to Work day took place on Wednesday 14 September.

This infographic shows just how far-reaching and successful this year’s campaign was! 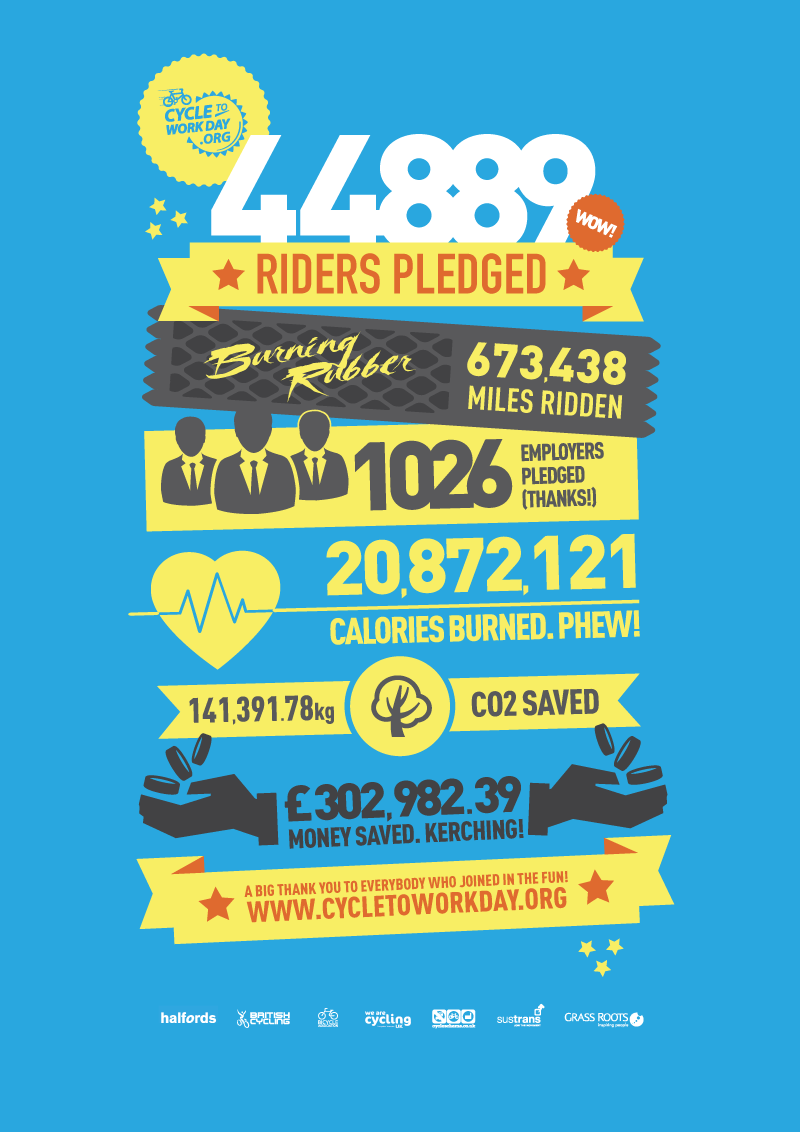 Activities  included TfL giving free access to Santander Cycles in London, The Bike Tube led rides organised by The London Cycling Campaign, Bike Breakfasts for colleagues cycling to work,  and a variety of competitions through which employees could win cycling-based prizes.

The Bike Tubes were popular, with routes from Shepherd’s Bush to Greenwich, and participants included everyone from first-time commuters to those who just needed to give their bike a quick dust. 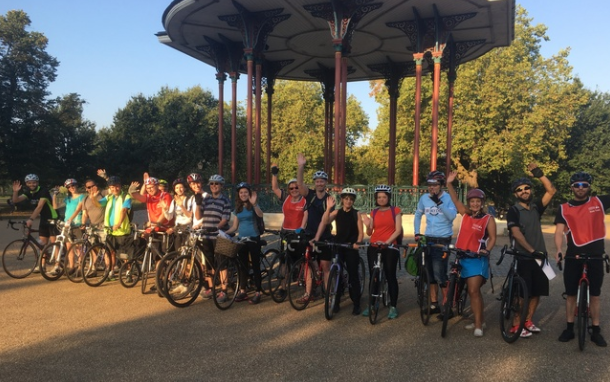 And a big ‘Thank you!’ to all the independent bike retailers across the UK for offering free Bike Health Checks (like MOTs for bikes).  For the first time in the event’s history over 1,000 retailers supported the campaign by offering these checks. On social media, Cycle to Work Day trended #1 on Twitter in the UK for several hours, and at #3 worldwide! We also received Thousands of photos via email, Facebook, Twitter and other social media channels.

Social media highlights on Cycle to Work Day include trending at No. 1 in the UK on Twitter for a number of hours as well as ranking No. 3 on the Worldwide Twitter trends also. Thousands of photo’s were sent to the Cycle to Work Day team via Email, Facebook, Twitter and other social media channels.

Winners in the Cycle to Work grand prize draw carried off over £5,000-worth of cycling goodies, including bikes from Merida, Boardman and Verenti; and cycling accessories from Showers Pass, Muc-Off, Henty, Blaze, Brompton, Cycleguard, Proviz and See.Sense.

Cycle to Work day is a national event that encourages everyone to take to two wheels and cycle to work for just one day, with the ambition that many will start a great new habit and carry on in future.

Launched by Cyclescheme and supported by partners Halfords, British Cycling, Cycling UK, Sustrans, Love to Ride, Santander Cycles, the Bicycle Association, Act TravelWise, London Cycling Campaign and others, the campaign’s aim is to see a million people getting on their bikes to work by 2021.