Cycling revolution causes drop in alcohol and tobacco consumption, according to new report 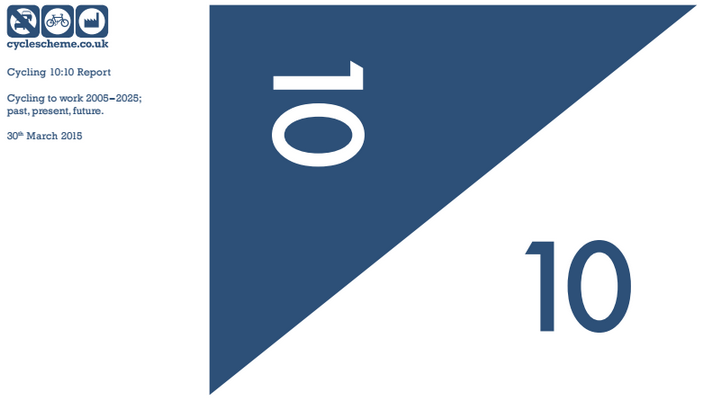 Cycling revolution causes drop in alcohol and tobacco consumption, according to new report

A new report from the cycle industry into Britain’s progress as a cycling to work nation reveals the extent to which the UK is experiencing the ‘cycling revolution’ called for by David Cameron in 2013. The report, authored by Cyclescheme, the UK’s leading cycle to work provider, reveals the addictive and contagious nature of commuting by bike, as well as the snowball effect of active commuting on the nation’s health, based on the habits of nearly 10,000 cycle commuters.

Compiled to mark a decade since Cyclescheme’s launch in 2005, the Cycling 10:10 report is built in collaboration with British Cycling, Sustrans, the Dutch Embassy, Danish Cycling Federation, Brompton Bicycle, Cyclechic, Institute of Leadership and Management and BMI Healthcare, to reflect Cyclescheme’s call for a collaborative approach to cycling to work to increase participation to more than 1.2 million cyclists in the next decade.

As Brits struggle to fit exercise into their daily lives and at the same time become increasingly health conscious, the report reveals a quarter of commuters are now considering cycling to work. However, the report reveals this surge in active commuting is having a much greater impact on the nation’s health than previously thought, resulting in a snowball effect on eating habits, alcohol consumption and tobacco intake.

“Those who commute by bike, and therefore exercise regularly, are less likely to smoke and drink heavily and become ill less, showing a snowball effect on other areas of our health. If we were all to take up cycling to work, we’d not only see a much healthier population, but an improved economy too with workers showing increased productivity and taking fewer sick days.”

As a result of the benefits to an individual’s health, the report suggests around 7% of the working population now cycles to work, an increase of 4.2% on the latest Census figures in 2011. This rise in participation is attributed to key cycling milestones such as London 2012 Olympics, Tour de France and David Cameron’s call for a ‘cycling revolution’, which the report suggests has begun to take off. Three quarters of workers agree cycling to work has become increasingly fashionable over recent saving £2.5 billion to NHS years and evidence suggests for those that have taken up cycle commuting, it has even become an addiction that is contagious too.

Based on previous research, Cyclescheme predicts that even if just 10% of journeys were made by bike instead of car by 2025, the NHS would save £2.5billion and the nation would gain a combined equivalent of over a million years of healthy living. Furthermore through reductions in sick days and increased productivity, £830million could be saved to the UK economy in the next decade if cycling to work continues to increase in popularity.

“The next 10 years are pivotal to the UK’s growth in cycling to work. This report shows we currently have the momentum we need for a ‘cycling revolution’ to take off but we need to capitalise on this and show individuals that the benefits outweigh many of the barriers, whilst encouraging government, local councils and employers to invest in the infrastructure needed to maximise on this potential.”

“Over recent years Britain’s reputation as a cycling, and specifically cycle to work nation, has improved dramatically. We have been pleased to note increasing attention being paid in the UK to cycling and cycle safety by both local and national government, in parliament and in the media.”

“I definitely feel cycling to work is now on the agenda in the UK with a growing political interest which is driven by the many organisations working hard to keep it fresh in the minds of the country.”

“British Cycling would like to see Britain transformed into a true cycling nation. This is no small task and requires sustained investment, leadership from the top of national and local government and a commitment to design cycling back into our roads and junctions. The creation of cycling-friendly road layouts and junctions – as well as segregated routes – will go a long way to influence more people to cycle to work.”

- Personal barriers to cycling to work including infrastructure, laziness and lack of employer support
- 2.1 male to female ratio of cycle commuters and why many women are being held back by body image issues
- The average cycle commuter in 2015 – aged 41, cycles 3 times a week travelling a return journey of 6-10 miles
- Predictions for the future of cycling to work including advancements in technology due to become popular in next 10 years