Does the introduction of the National Living Wage mean the end of your benefits package? 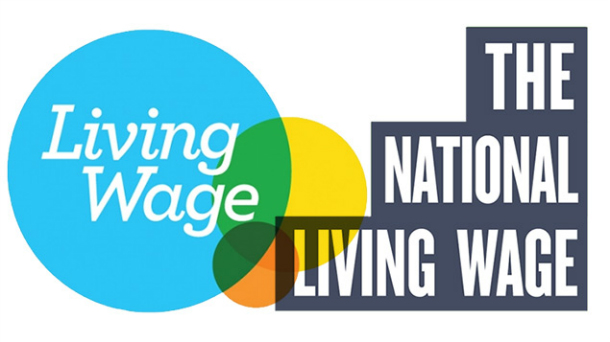 The introduction of the National Living Wage (NLW) earlier this year has certainly created debate, and there has been plenty of discussion around what it actually means for both businesses and their employees.

From April 2016 it became compulsory to pay employees aged 25 or older £7.20 per hour – an increase of 50p above the pre-existing National Minimum Wage (NMW). The amount is calculated as a percentage of median income (55%) and is due to change annually, eventually rising to £9 per hour by 2020 (an estimated 60% of median income). With about six million employees seeing their wage packets increase as a result, the Government’s aim is to ensure that workers on lower pay are able to share in the growth of the economy.

It’s important at this point to distinguish between the National Living Wage (NLW), determined by UK Government and enforced as law, and the ‘Living Wage’, a voluntary minimum hourly rate assessed and recommended by the independent Living Wage Foundation. Currently, there is a significant difference between the two, with the voluntary Living Wage calculated at £8.25 (£9.40 if you work in London); we’ll revisit this difference later.

According to The British Retail Consortium, the 50p increase in wage packets will cost retailers alone between £1 billion and £3 billion a year. The increased wage bill could see some employers seeking to reduce costs in other areas (such as benefits) to compensate. However, there is a significant offset to account for here, as great benefits packages invariably deliver positive results for employers including happier, more contented employees, maintaining high employee retention rates and, thus, reducing ongoing recruitment and training costs. According to The Benefits Research 2016, 81% of employers use benefits as a tool for retention and recruitment, especially at a time when the retention of existing staff is becoming more and more business critical.

When reviewing benefit offerings, employers need to ensure that they comply with the various rules and assumptions that surround the NLW. The challenge here is that an employee’s salary may end up below the NLW rate, since contributions to many benefits schemes are taken directly from gross salary. In short, employers must ensure that employees’ gross pay stays above the NLW rate after deductions. But does this really have to mean the end of employee benefits? No, not at all.

Employers should take time to consider the benefits of paying nearer the ‘Living Wage’ rather than NLW. Paying above the NLW means that companies can increase the number of employees that are able to participate in a benefits scheme and, in turn, increase employee loyalty and engagement; thus enhancing the way employees perceive the company. An independent study found that 80% of employers believe that the Living Wage has had a positive effect on the quality of staff, with absenteeism falling by 25%, and 70% of businesses felt that the recognition of paying the Living Wage has increased consumer awareness of the company’s commitment to maintaining ethical standards.

Salary sacrifice schemes are not just beneficial for employees but also for the business’ bottom line as a whole. They allow companies to offer an additional benefits element without incurring costs. Free to implement and offer to employees, schemes such as Cyclescheme, Phonescheme, and Techscheme give employers the opportunity to offer staff the chance to access the latest technology or bikes at discounted rates. This makes provision of such benefits incredibly cost effective and, in the case of Cyclescheme and Phonescheme, provision actually generates revenue for the business through a reduction in Employers’ National Insurance Contributions.

So while more expensive benefit packages, such as canteen freebies or overtime, may be cut in an effort to reduce staff costs, progressive HR managers and business owners can introduce salary sacrifice benefits as a way to bolster overall remuneration packages.

When reviewing the cost of human resource, employers need a simple benefits solution that allows them to offer staff a range of different benefits, without having to take money out of other budgets to subsidise them. While it’s not easy to quantify, it’s clear that paying above the National Living Wage can create its own cost saving and revenue-generating streams (remember, the more employees who engage in gross salary sacrifice schemes, the more employers will save on their own NICs).

Furthermore, salary sacrifice schemes not only have financial benefits for both the employer and employees, but also offer the opportunity for employees to access knowledge, broaden skill sets, increase employee efficiency and value, encourage healthy living, and promote sustainability. It’s important that employers consider all options available to them when reviewing budgets and understand what will be most beneficial to their employees.