From cycles to tech – Grass Roots keeps it simple 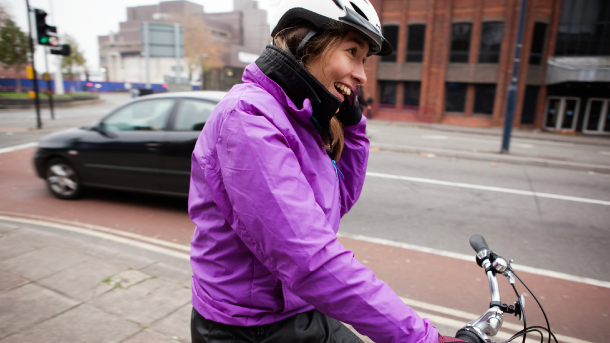 Employee benefits are widely recognised as a way for employers to reward and incentivise their employees, but some organisations are put off from implementing them due to the perceived administration and cost.

In 2004, the UK’s first Cycle to Work scheme was launched following the introduction of a tax break in the cycling industry. The scheme was provided by a well-known high street retailer and another provider working purely with a number of independent bike shops.

Richard Grigsby and Gary Cooper, owners of the Bath-based bike shop, Avon Valley Cyclery, signed up as a provider of bikes as part of the Cycle to Work scheme, but soon became frustrated by the lack of response and support it received from the scheme’s provider. Discussions about the limitations and lack of support it offered saw Richard and Gary come to the realisation that they were extremely well placed to develop their own scheme based on three core principles: service, simplicity and value.

That’s how Cyclescheme, now the UK’s largest Cycle to Work scheme, came to be launched in 2005. The offer was the same, but the procedures and processes for getting involved far less complex for both employers and bike retailers. Some local businesses soon became customers and then Bath University signed up, which led Cyclescheme to invite other local independent bike shop owners to get in the saddle with the team.

Word soon spread about the simplicity, service and value offered by Cyclescheme and the team grew and moved into a new office in Bath. The size of the employer it worked with grew from small, local businesses to much larger organisations. A major contract with IBM throughout the UK saw business ramp up considerably and by 2007 Cyclescheme had established itself as a dominant provider in the UK. This success was recognised in 2009 when Cyclescheme topped the Fast Track 100, an annual ranking by The Sunday Times of Britain’s top 100 private companies with the fastest growing profits.

In 2010 Cyclescheme was bought by Grass Roots Group, the world’s leading provider of employee and customer engagement schemes. Today, Cyclescheme’s headquarters remains in Bath and has over 650,000 scheme participants and works with over 40,000 employers which include the UK’s top three supermarkets. And service, simplicity and value remains at the heart of its success, with 99% of Cycleschemers saying they would recommend it others.

Grass Roots has evolved its salary sacrifice offering to now include Techscheme.

Cyclescheme continues to grow from strength to strength as the nation appreciates the health and environmental benefits of cycling to work and Grass Roots is now looking to replicate its success with its two newest initiatives. These schemes give organisations the opportunity to offer their employees access to the latest tablets, gadgets and smartphones at discounted rates. Working with some of the world’s best suppliers is key to this to ensure employees can get their hands on the devices they want cost-effectively.

Grass Roots’ portfolio of schemes are extremely easy to adopt internally and customers are only ever a few mouse clicks from signing up. All administration is taken care of by Grass Roots meaning employers can easily expand their employee benefits portfolios with very little effort from their side.

Service, simplicity and value remains as important to Grass Roots today, as it did when Cyclescheme was first set up all those years ago. And it is these core principles which will help it mirror the success of Cyclescheme with its latest offerings to the market.

To find out more about the schemes, please visit: