Save money and spread the cost on Boardman bikes.

Chris Boardman isn’t your average bike racer. When he was competing he won an Olympic gold medal, UCI time trial and track world championships, three stages of the Tour de France, and the World Hour Record. Nowadays he’s Manchester’s ‘cycling czar’ – its first ever commissioner for walking and cycling, with a brief to improve active travel in the city.

‘It isn’t just racing bikes that I’m passionate about but the bicycle as a concept in all its forms,’ he has written. ‘I’m determined to see it become THE default form of transport for all of our short journeys.’

Unsurprisingly then, while the Boardman Bikes range does include racers such as those ridden to Olympic triathlon podiums by the Brownlee brothers, it also includes bikes designed for transport cycling.

The company launched its first bikes in 2007. After his retirement from racing in 2000, Chris Boardman spent some years working with the GB Olympic team and writing for magazines. Then he was approached by former British Ironman Champion Alan Ingarfield with a proposition: to start a bike company.

From the beginning, bikes from the Boardman brand have been notable in two respects: value for money and attention to detail. When a Boardman bike is equipped with mudguard eyelets, for example, you can be confident that there will be clearance to fit them too.

This product development may be a reflection of Chris Boardman’s background: he was part of British Cycling’s ‘Secret Squirrel Club’, the technical department that fine-tuned bikes and equipment for Britain’s highly successful Olympic riders. (On which note: Boardman Bikes also has a Performance Centre that enthusiasts looking to go faster can visit.) Or perhaps it’s down to having keen cyclists involved in the design and production process? Either way, the brand’s twin strengths have seen it win a clutch of magazine ‘best buy’ awards, across all disciplines.

For commuting recommendations, we’ve drawn mostly from the hybrid range, as you might expect, but Boardman Bikes’ road, mountain, and adventure & touring bikes are well worth checking out as well. 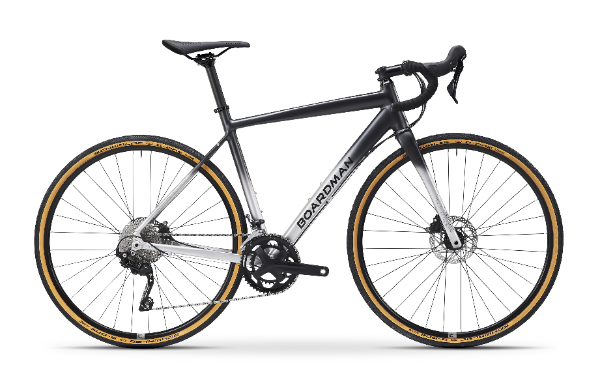 The ADV 8.9 might just be the best value for money bike Boardman have ever made, given that it’s essentially 2 bikes for the price of 1. It’s equally at home exploring hidden bridleways and fire roads as it is clocking up miles on potholed commutes or long sportives. 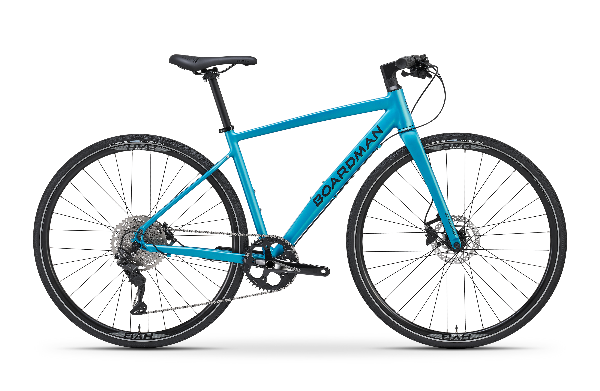 Fast, fun and versatile is what the Boardman HYB range of leisure and fitness hybrids is all about. Frames take inspiration from the brands SLR road range, but with an extra bit of stability baked in. Puncture-protected 35mm tyres balance low rolling resistance with a plush ride and offer enough grip for light off-roading too. 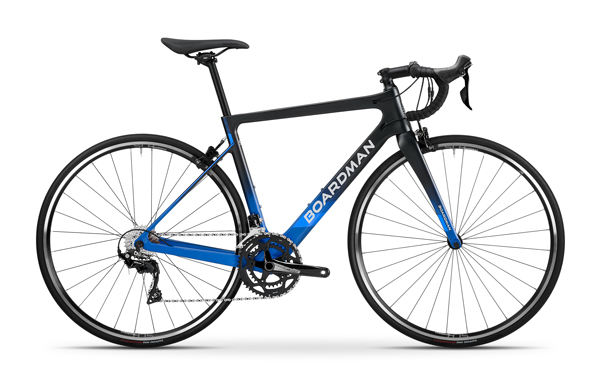 The 2021 SLR 8.9 use the same aerodynamic design and geometry as the brand top of the range SLR 9.6 and so delivers outstanding performance. The dropped seat stays and an integrated seat clamp help reduce drag and combine with carefully designed carbon fibre layup to deliver all day long comfort. With clearance for up to 28mm tyres and hidden mudguard mounts, the SLR 8.9 Carbon can turn its hand to any type of road riding, whatever the weather.

Whether you’re planning to blast around a trail centre or cover big distances on an epic day out in the countryside, the geometry and design of the lightweight alloy frames of the MHT range have got it covered. Slacker head angles and longer reach compared to a traditional cross-country bike, combined with 120mm air-sprung forks deliver great stability and traction. 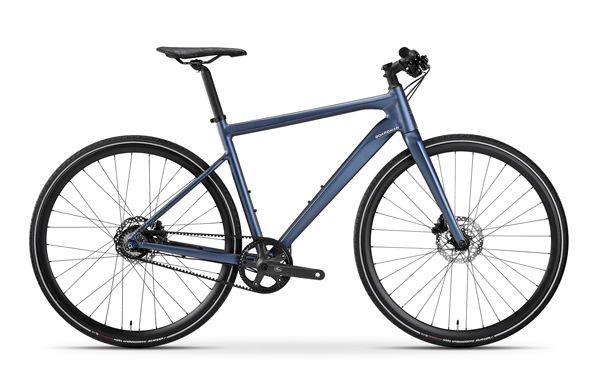 The ultimate in low-maintenance urban cycling, the URB range combines simple, sleek aesthetics with everyday practicality. At the heart of the URB 8.9 is a light-weight 6061 aluminium frame and tapered carbon fork that helps absorbs those inevitable road imperfections. The frame's geometry also ensures that the rider's position is balanced to accommodate head-up visibility while maintaining that all-important pedalling efficiency, meaning no wasted effort.